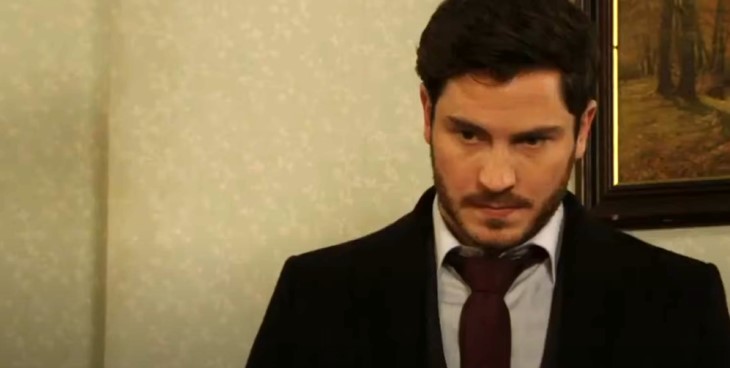 EastEnders Spoilers hint that Gray Atkins (Toby-Alexander Smith) might let his true colors show in upcoming episodes of EastEnders as he lets his mask slip in public. Gray has taken over the case involving Whitney Dean (Shona McGarty), which has caused a lot of stress on him because of this he has been showing his dark side more and has become more abusive towards his wife, Chantelle Atkins (Jessica Plummer). The stress of the trial may result in him showing his true colors. How long might it take before his true colors are truly revealed to everyone in Walford?

However, recently he let his mask slip in public, although not long enough for anyone else to notice that he has a dark side. This happened when Whitney was being stalked by Leo King’s (Tom Wells) mother, as Gray warned the mother against harassing Whitney, which would be found except for the fact that he was threatening Whitney’s mother. He was able to threaten her quietly, which allowed only Chantelle to notice that he let his mask slip.

It might be the case that Gray may let his mask slip even more the next time that he gets upset in public. As the trial becomes close, Gray may find it harder to control his temper, and it might only be a matter of time before he lets his temper get the better of him, which will allow everyone to see a new side of him.