General Hospital Spoilers: Chase Has to Testify at Wiley’s Custody Hearing – Chase Perjures Himself – Will He Lose His Position At PCPD? 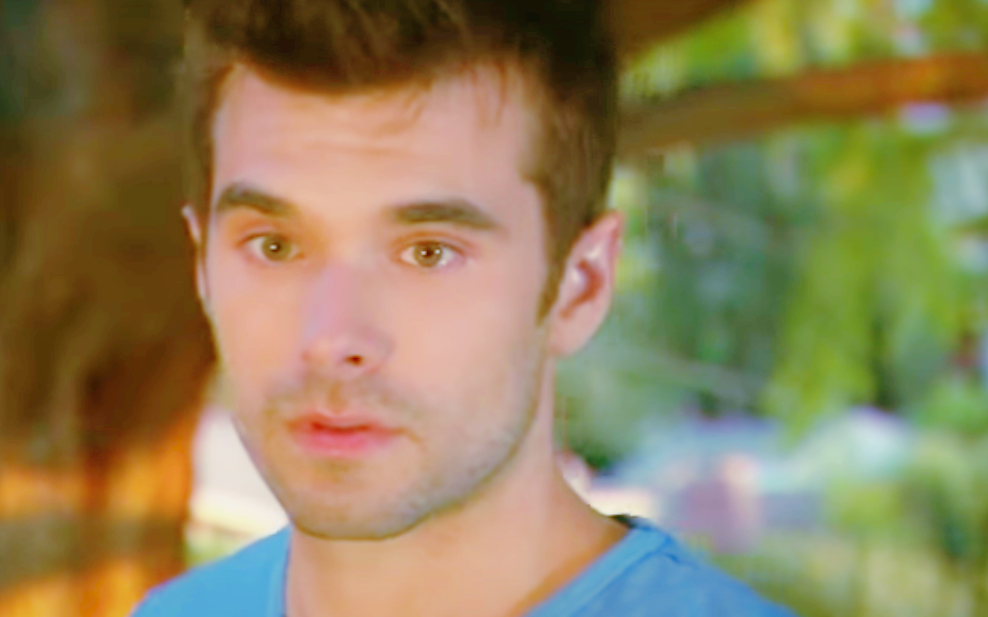 General Hospital (GH) spoilers revealed that Harrison Chase (Josh Swickard) might just perjure himself in Michael Corinthos’s (Chad Duell) upcoming child custody hearing against the devious Nelle Benson (Chloe Lanier). That’s because GH fans know that Michael’s impending marriage to Willow Tait (Katelyn MacMullen) is a two second affair that anyone can see through. However, in an attempt to make the judge believe … could Chase lie about Michael and Willow’s relationship?

By now, practically every GH fan knows that Chase and Sasha Gilmore (Sofia Mattson) stabbed their respective lovers in the back when they chose to trick Willow into believing that they’d made love. Of course, viewers have watched as Chase and Sasha reasoned and justified their horrible actions by telling each other that what they were doing was for the good of Michael, Willow and Wiley Cooper-Jones (Erik and Theo Olson). Many don’t know what Chase and Sasha were thinking. Their actions were not the sort most GH fans would ever be comfortable with because the lack of ethics involved is simply astounding.

With that said, Chase broke up with Willow by tricking her into believing that he might have gotten down and jiggy with Sasha. Now, the one area in all of this that Chase may have been a bit honest was during his break-up speech. He lit into Willow and castigated her for what he believed was her total obsession with Wiley, which viewers know she has pursued to the detriment of her relationship with Chase.

Even if Chase had not chosen to break up with Willow in the manner that he did, out of a boundless sense of love and affection (eye roll), it actually is possible that he would have broken up with her eventually. That is, if Willow’s behavior vis-à-vis Wiley and her relationship with Chase didn’t change. GH fans know, however, that Chase never even gave the chance.

The truth is Willow better hurry up and marry Michael if she’s going to do it. Didn’t GH viewers see Michael go on and on about how he’d made a mistake when he got his lawyer, Diane Miller (Carolyn Hennesy) to get the court to move up the date of the child custody hearing? Yep, GH fans sure did see that.

Now, some believe that at this point, Michael might actually have come up with an alternative to marrying Willow … and if that’s true … then wow. Poor Willow. She will have been kicked out of her relationship with Chase and the reason for that big boot kicking her out of Chase’s apartment won’t even exist anymore! (Then what would Chase and Sasha think of themselves and their master plan?)

However, if the marriage between Michael and Willow actually does go through, it may seem to the judge as a desperate ploy on Michael’s part. How long was he married to Willow? Just how long has Willow been in Wiley’s life? What happened to the man who raised Wiley for the past year and a half?

The number of questions as to Michael’s rushed attempt to bolster his image could rise scarily fast.

Of course, GH viewers know that when asked, Michael might simply say that while his marriage to Willow is brand new, his relationship with her is not. Michael could go through how he met Willow at a grief-counseling meeting, and could build a believable story for the judge from there. However, in order for that story to work, other witnesses would have to lie on Michael and Willow’s behalf.

Some believe that because Sasha and Chase already committed themselves to beating Nelle Benson at all costs in order to ensure a win for Michael … they might also be willing to perjure themselves. That might be especially difficult for Chase, who was reluctant to join Sasha in her crazy manipulations in the first place. Moreover, there’s the fact that Chase is a cop.

With that said, if Chase does choose to lie on the witness stand and it’s discovered that he did so, he could face anywhere from one to seven years in Pentonville! (Plus a really huge monetary fine.)
One wonders if Chase’ll be breaking open a bottle of wine and toasting Sasha then.