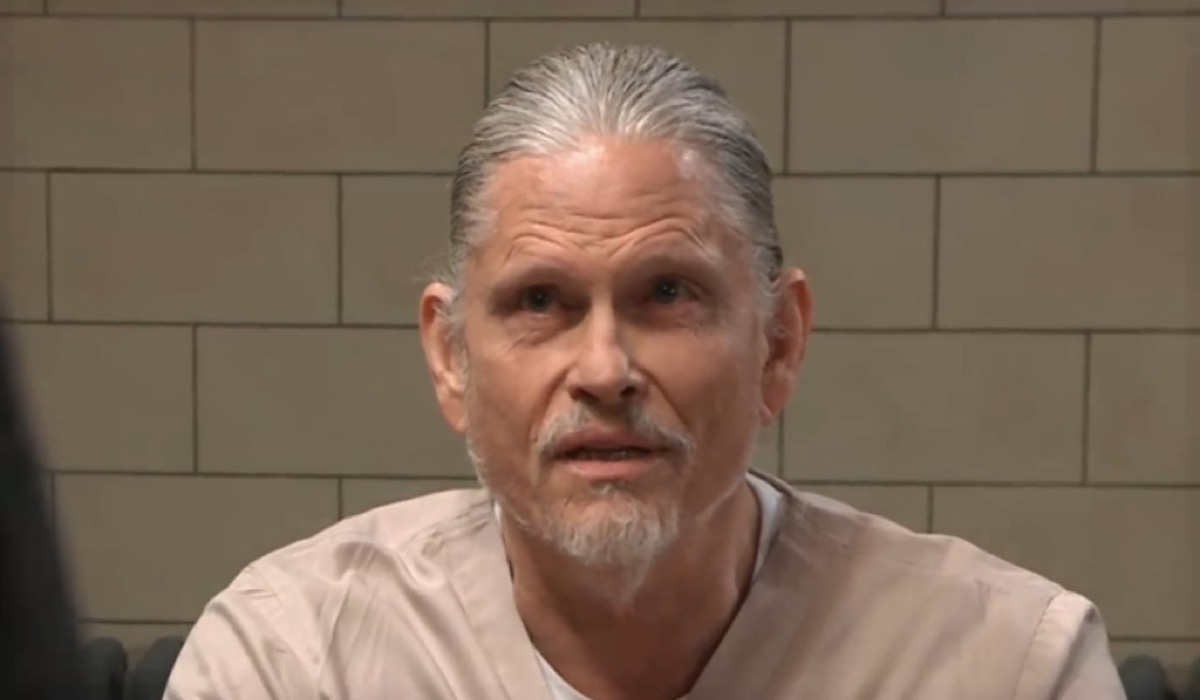 General Hospital (GH) spoilers revealed that Julian Jerome (William deVry) may be courted by the now released, criminal mastermind, Cyrus Renault (Jeff Kober). GH fans know that Cyrus is out of Pentonville and on the prowl in Port Charles. Now, it appears Cyrus is looking for allies in a potential upcoming mob war with resident Mafioso, Sonny Corinthos (Maurice Benard)!

GH viewers know that when Cyrus Renault got out of Pentonville Prison, Jason Morgan (Steve Burton) got a phone call. Cyrus wanted to set up a meeting with Sonny Corinthos. Ostensibly, this was most likely to negotiate some kind of peace treaty. Cyrus would move in to Port Charles, possibly be given freedom to operate in Sonny’s territory, etc. From Cyrus’s point of view, this makes sense. After all, Cyrus is a drug lord, while Sonny’s organization moves other types of merchandise. There should be no conflict of interest between Sonny and Cyrus. Right?

General Hospital Spoilers: Peter Asks Maxie To Marry Him – Is It True Love Or True Manipulation?

Wrong. While Sonny and Cyrus market two entirely separate products, Cyrus came into Port Charles with guns blazing. As GH fans know, when Cyrus was initially transferred to Pentonville, he organized two separate hits against Sonny’s operations and family. That made everything personal to Sonny. If Cyrus had kept everything to business when he first got to town, Sonny might have been more inclined to meet with Cyrus and he might even genuinely have considered some type of business arrangement with Cyrus. Now? Getting a meeting, and even more … getting an agreement with Sonny is going to be next to impossible for Cyrus.

Those who have been watching General Hospital for a while know that Julian and Sonny have a complicated history. They started off as enemies, with Julian beating Sonny up, holding a gun on Sonny (on more than one occasion), and more. Then, to even the score, Sonny’s turned around and done almost the exact same thing to Julian. They served time together at Pentonville Prison, and it was around that time that even though Sonny and Julian didn’t become the best of friends, they did end up working together. Since that time, Sonny and Julian have had an uneasy truce.

Sonny and Julian aren’t just civil to each other, however. Now, they’re family by marriage and Sonny even took Sam McCall (Kelly Monaco), Julian’s daughter, as his lover at one time!

With that said, many GH fans believe that Julian is somewhat jealous of Sonny and would like to see Port Charles’ biggest mob boss taken down a peg or two. It’s unlikely that Julian would like to see Sonny killed, but seeing him have to eat a little bit of dirt might just be something that would do Julian’s soul a bit of good.

With that in mind, Julian might be open to at least hearing any proposal Cyrus Renault might have in that regard.

At this point, many GH fans don’t believe that Julian will agree to an out and out alliance with Cyrus. Julian isn’t stupid. He won’t risk putting one of Jason Morgan’s targets on his back. With that said, if Julian believes he can get away with it, he might decide to play both sides against each other.

Julian could feed Cyrus with information or disinformation depending on which side is stronger at any given moment. Julian might do the same thing with Sonny, providing Jason with tips on Cyrus’s plans and tactics.

The bottom line is that many believe that when it comes down to it, Julian will throw in his lot with Sonny. The devil you know, right?