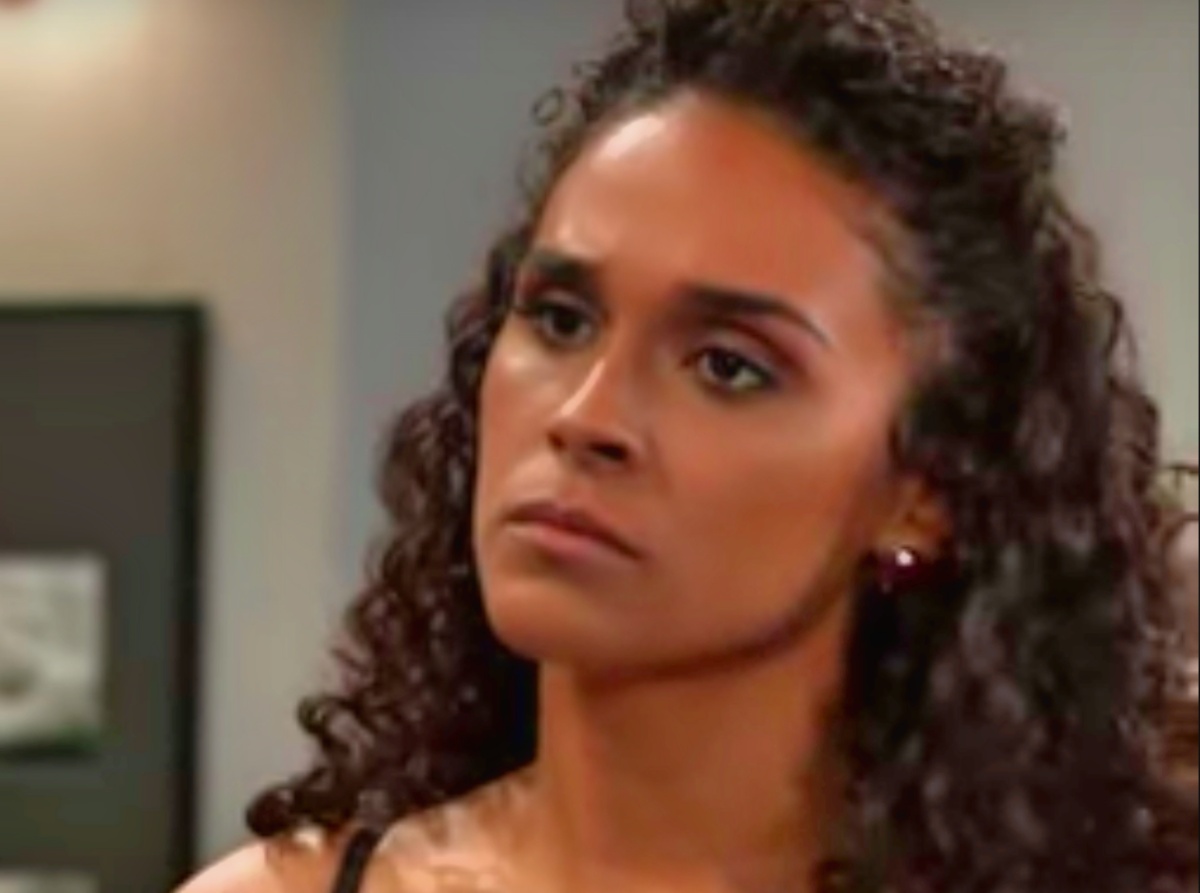 GH Spoilers: Jordan Ashford Went Along With Cyrus Renault Under Duress, Because Her Son Had Been Kidnapped

General Hospital viewers will recall that Jordan only went along with working with Cyrus under duress, because her son TJ Ashford (Tajh Bellow) had been kidnapped by his henchmen, and the deal was exonerate Cyrus, TJ goes free, and she assumed that was the end of her being a dirty cop, having thrown the members of her DEA takedown team, who all had framed Cyrus – including herself – under the bus and implicated them, and turned the whole case over to the DEA version of Internal Affairs to handle. This was at the suggestion of Sonny Corinthos (Maurice Benard), to keep herself from being punished – after all the three others, Bob Massicotte (Randy J. Goodwin), Mark Simon (uncredited) and Marcus Taggert (Réal Andrews) had been killed; Bob and Mark with drugs, Marcus with a bullet that caused a blood clot to go to his brain.

Sonny and Jason Morgan (Steve Burton) along with Jordan’s husband, Curtis Ashford (Donnell Turner) are the only ones who know about this and that with Cyrus on the outside and more vulnerable, he will be easier to take down for something that is real, and that will stick! So taking all of that into consideration, who is threatening her with exposure? It wouldn’t be Cyrus – that would be counterproductive! He would just be implicating himself in blackmailing Jordan into working for him! Trina Robinson (Sydney Mikayla) is really angry at Jordan for tarnishing her father’s memory, but she knows nothing about the plan or Jordan being blackmailed by Cyrus into cooperation. So who could know about this who could be threatening her with exposure? Curtis, Sonny and Jason are on her side!

General Hospital Spoilers: Who Could Have This Information To Be Able To Threaten Her With Exposure?

The big question is, who could be making these threats and who would have the information to make these threats? Is she being threatened in person, by phone, by email? There is a good possibility that one of the team who she threw under the bus isn’t quite as dead as she thinks he is. General Hospital viewers will recall from a recently aired episode that Sonny and Jason were talking about the plan and that Cyrus was loose and vulnerable, and Sonny mentioned someone else needed to know and proceeded to make a phone call, but viewers didn’t see who he called. That person might be an extremely ticked off Marcus Taggert! Other General Hospital spoilers tease that he is either stashed in a safe house of Sonny’s, or he could have temporarily gone into witness protection. It seems very strange that one minute he was okay and the next minute a clot went to his brain – wasn’t he just finished with imaging studies so that Dr. Lucas Jones (Ryan Carnes) could make sure that the bullet hadn’t damaged any vital organs?

This isn’t the Wild West, physicians don’t just take a knife and go digging around in peoples’ insides without doing at least an ultrasound first, when the bullet went into Taggert’s stomach! It was horrible for poor Trina to lose her dad like that, but longtime General Hospital viewers will recall that Molly Lansing-Davis (Haley Pullos) went through exactly the same thing several years ago, when Ric Lansing (Rick Hearst) went into witness protection for a short time. It unfortunately is a necessary part of the process when a whole family doesn’t go into witness protection together, because it is simply too dangerous! Longtime viewers will also recall that Taggert can get pretty mad, and he might not like Jordan throwing him under the bus! And how would he know? Who do you think Sonny called?!