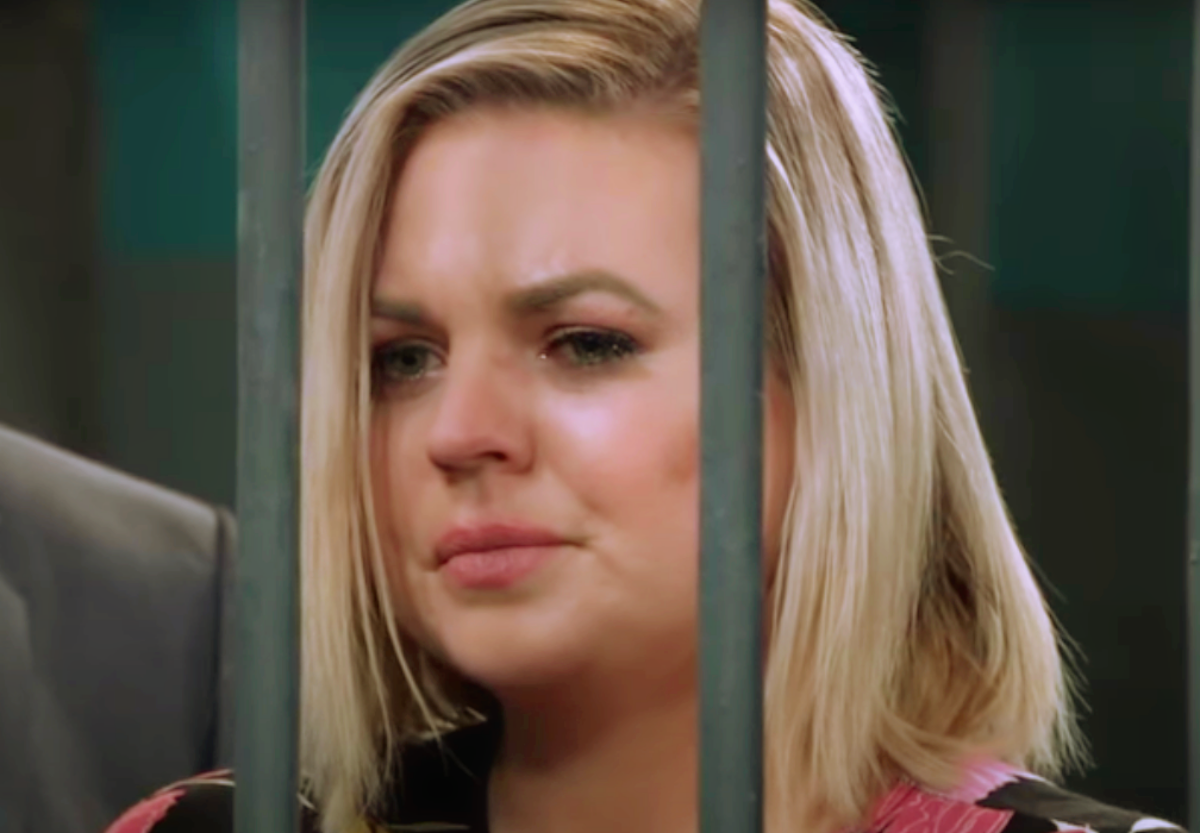 However, she soon learned that the reason she was hired was because Valentin threw his money at the company saving it from going under. She was against the idea of working with Valentin at first, but she soon decided to take the job and begin working at Deception. However, it may seem that Maxie may be taken a liking to Valentin even enough to defend him.

General Hospital Spoilers- Maxie Jones Gets A Job A Deception

Viewers know that recently Maxie got a job at Deception after quitting her job working for Nina. Maxie felt like she was not being appreciated by Nina and the company. This made her turn in her notice and leave to work for Lucy.

After getting the job working at Lucy’s place, she found out about Valentin backing the company but decided to take the job. Of course, no one can really blame her for wanting to take the job rather than go back to Nina and asking for her job back. However, could she begin to like Valentin to the point that she might start defending his actions?

General Hospital #GH Spoilers: Sam Apologizes To Alexis For Driving Her To Drink – Is She Really To Blame?https://t.co/9c6a1tFK2e

As viewers may remember, Maxie recently informed Lulu Spencer (Emme Rylan) of her new job and how Valentin has funded money towards the company. As expected, Lulu did not like hearing that Maxie would be working for Valentin, but after talking to Maxie, she realized that she would not be able to change Maxie’s mind. It makes sense to not want to ruin a friendship over something so small.

However, during their conversation about Valentin, Lulu brought up reasons that she did not trust Valentin; in response, Maxie made up excuses for Valentin’s actions. Which seemed strange for Maxie to do. Wanting to work for someone you don’t like is one thing but trying to justify the actions of someone you don’t like, seems kind of strange. Unless she is starting to warm up to Valentin, and if this is the case, what could have triggered this change of heart.

Could Maxie be warming up to Valentin, and if so, what do you think triggered this? It will be interesting to see if this might affect her relationship with Lulu in the future. We’ll give you updates as GH news comes in. Stick with the ABC soap, and don’t forget to check Celebrating The Soaps often for the latest General Hospital spoilers, updates, and news.