Days of Our Lives Spoilers: Sarah Runs Into Rex in Paris – Protects Ex or Turns In Kidnapper to Authorities? 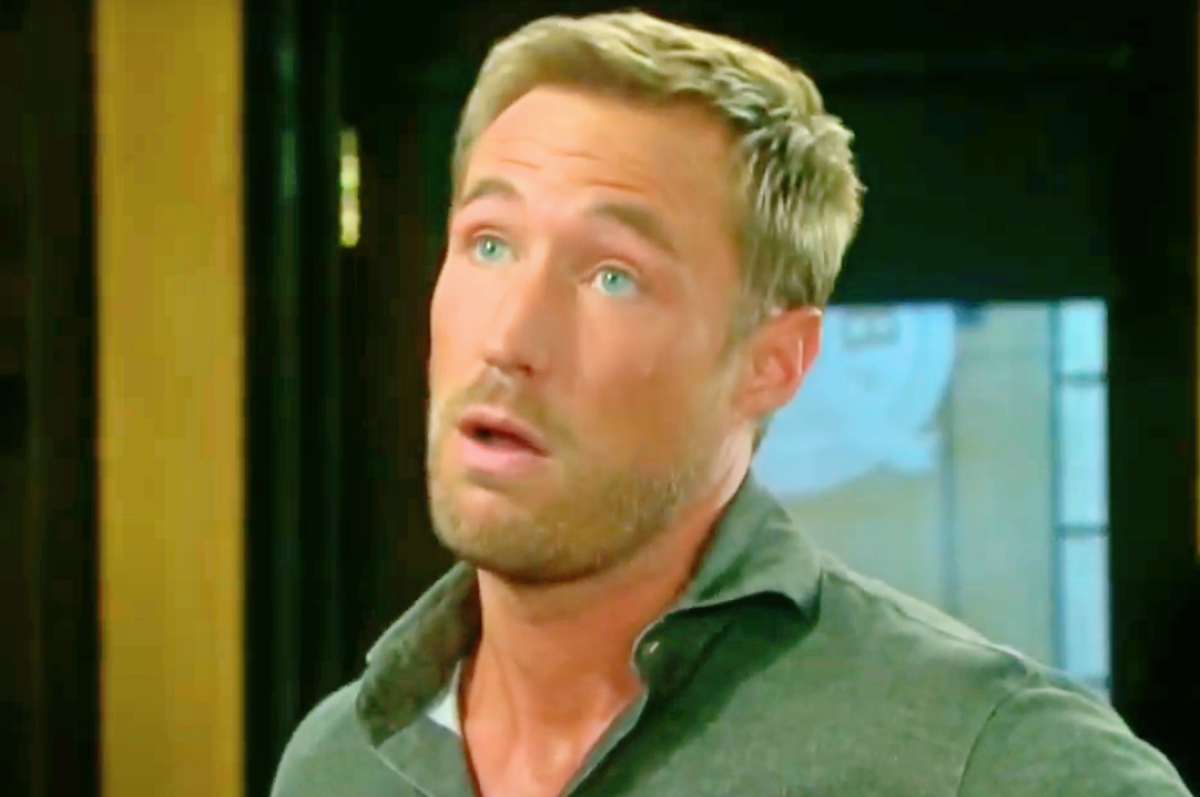 Days of Our Lives spoilers reveal that Sarah Horton (Linsey Godfrey) runs into someone familiar in Paris. It is her ex, Rex Brady (Kyle Lowder). A preview photo shows Rex learning down and playing with Rachel Isabella DiMera Black (the May twins). He only finds out at the very end that Sarah is on the run for kidnapping Kristen DiMera’s (Stacy Haiduk) baby. Does he help Sarah or turn her in to the authorities?

DOOL spoilers reveal that after finding out the truth, she couldn’t bear to let go of the little girl she thought was hers. In a split-second decision that could alter lives forever, Sarah took the Titan jet and took Rachel to Paris. She’s hiding out there, but is stunned to see a family face on the other side of the world.

According to the new issue of Soap Opera Digest, Sarah comes face-to-face with her ex, Rex. The two didn’t leave things on a good note the last time they saw each other. Rex felt betrayed and hurt by Sarah’s love declaration. In bed, he told his new wife that he loved her. She replied that she loved him too, but instead of using Rex’s name, she said his brother’s name, Eric Brady (Greg Vaughan).

Preview pictures in the magazine show Rex leaning down to peer in Rachel’s stroller. He even appears to be babbling with her. Of course, he thinks that the baby is Mackenzie “Mickey” Horton and has no idea about the baby swap. He doesn’t know that Sarah’s real baby died and that she is on the run for kidnapping Kristen and Brady Black’s (Eric Martsolf) daughter.

Days of Our Lives spoilers reveal that Sarah keeps the truth from Rex, at least until the very end. She doesn’t want to risk losing the little girl. She’s not sure if Rex would turn her in to the authorities or call someone in Salem to alert them of her whereabouts.

However, she also needs someone to talk to about Xander Cook Kiriakis (Paul Telfer).

Shocking Days Of Our Lives Spoilers: Will Victor Live Or Die? Jennifer Aniston Been Trying To Get Dad To Retire For Years! #DOOL #Days #DaysOfOurLives https://t.co/8WHVCBhE7B

Days of Our Lives Spoilers: Keeping Truth From Rex Brady

Even though Rex might understand Sarah’s motivations, he also knows that it’s wrong to keep a child from their biological parents. If the situation was reversed, Sarah would be frantic over another woman kidnapping her daughter and fleeing the country.

Can he convince Sarah to return the child to Salem? Or will he end up making a phone call that forces her to surrender the baby? It’s not likely that he will protect his ex, not because he’s angry about her betraying him. It’s just not the right thing to do and Rex knows that.