Days Of Our Lives Spoilers: Victor Keeps Kristen’s Killer Secret, But Eli Won’t Back Down 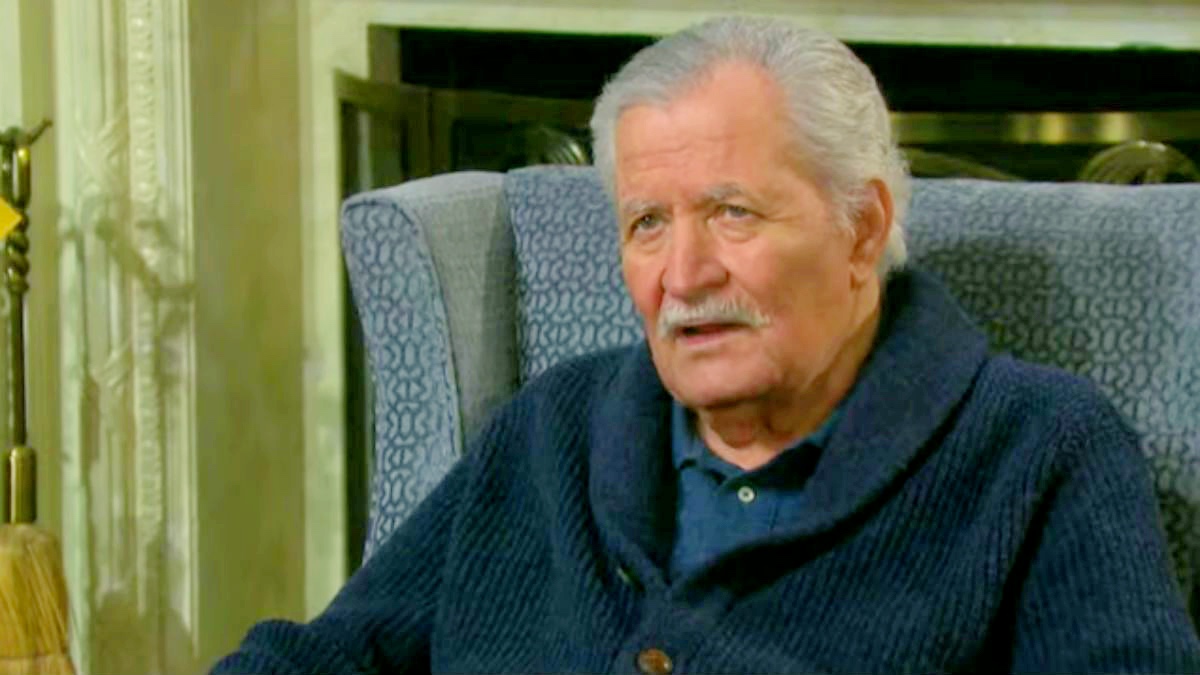 Days of Our Lives spoilers reveal that Victor Kiriakis (John Aniston) eventually wakes up after being stabbed. Even though he knows Kristen DiMera (Stacy Haiduk) attacked him, the patriarch keeps it to himself. Despite Eli Grant (Lamon Archey) asking a lot of questions, the patriarch still won’t say who stabbed him, but the detective refuses to back off.

DOOL spoilers reveal that after Kristen stabs Victor, she returns home as nothing happened. Then, Brady Black (Eric Martsolf) is told that someone tried to murder his grandfather. He instantly knows that the person is none other than Kristen.

Days Of Our Lives Spoilers: Gabi and Jake Hook Up Before He’s Revealed As Stefan?

Eventually, Victor wakes up in the hospital. He survived his injuries, but Brady needs to talk to him before anyone else does.

It seems likely that Brady will strike a deal with Victor. He doesn’t want to lose Kristen. He doesn’t want her to go to prison. He knows that she would be devastated if she lost her baby yet again. Brady will do just about anything to save his love interest and keep their family together.

Plus, he understands why Kristen did it. Brady doesn’t think attempted murder is the answer, but he gets Kristen’s rage. He has the same type of unforgiveness toward Victor after discovering the truth.

It’s not just about protecting Kristen, though. Victor needs something as well, and Brady uses this to make sure that Kristen isn’t named as the attacker. If Victor doesn’t name Kristen as his attacker, then Brady won’t let Maggie know about the baby swap.

Days of Our Lives spoilers reveal that Victor didn’t order the baby swap because he hated Kristen. He also didn’t do it to prevent Sarah Horton (Linsey Godfrey) from feeling pain. It was all to protect Maggie Horton Kiriakis (Suzanne Rogers).

Days Of Our Lives Spoilers: Steve Digs Deeper Into Adrienne’s Death – Will He Be The One To Set Maggie Free? https://t.co/CxKP49xJxn pic.twitter.com/N8qEG3DSgj

Victor knew that Maggie wouldn’t be able to cope if she learned that the car crash killed her own granddaughter. She’s been having a hard enough time accepting her role in Adrienne Kiriakis’ (Judi Evans) death. In fact, when Will Horton (Chandler Massey) and Sonny Kiriakis (Freddie Smith) discuss telling Maggie she killed Sarah’s newborn baby, Victor stops them.

Days of Our Lives Spoilers: Eli Grant Won’t Back Down

Eli comes to question Victor about the stabbing, TV Watercooler reports. However, he probably won’t get the full story. It’s very likely that Victor will claim not to remember who stabbed him, or say it was a stranger that broke in the mansion.

In either case, Eli won’t believe him. While Brady and Victor are both trying to protect the women they love, Eli is not going to back down until he learns the truth.