EastEnders Spoilers: Suki Interferes In Daughters Relationship – Determined To Break Them Up 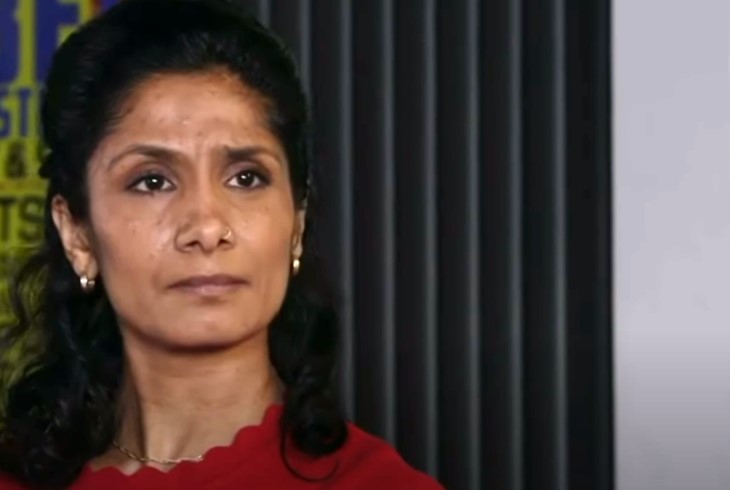 EastEnders spoilers hint that Suki Panesar (Balvinder Sopal) may interfere in her daughter’s relationship as she tries to break up the two. Suki has expressed her dislike of the relationship that her daughter shares with Iqra. This may cause her to go after their relationship and cause problems for the couple. Could Suki be the reason for a future break out for the Ash Pansear (Gurlaine Kaur Garcha) and Iqra Asmend (Priya Davdra)?

Suki has made it very clear that she does not like the relationship between Ash and Iqra. One of the reasons she gives is that the two have different cultures and that they would never be able to overcome it. However, her dislike for their relationship has only acted as a way to bring the two closer together since Ash has seen what her mother is trying to do which pushed her to tell Iqra that she loves her as she saw that her family being back might have been negatively affecting her relationships and changing her.

Suki may decide to step in further to break up the two by coming up with a new scheme. Viewers know that Suki is willing to go very far in order to get what she wants. Viewers have seen her fake cancer just to get her family back together, or at least that is the excuse that she came up with. However, Ash may prove to be an equal match to Suki as she has a dark side as well, which may mean that she will fight dirty in order to protect her relationship from her devious mother. However, does she really stand a chance against her mother’s desire of wanting to break up the two, or could she just be delaying the inevitable?

EastEnders Spoilers: Bobby Collapse At Party – Could This Have Major Consequences https://t.co/iwuJc5Vjzq #EastEnders

Viewers may see the couple go through some trouble as Suki becomes a problem for them as she tries to break up the couple. However, it may not be easy for her to do as Ash fights back against her in order to protect her relationship. What do you think? Will Ash and Iqra stay together, or will Suki tear them apart? Watch EastEnders from Monday and Friday at 8pm and Tuesday and Thursday at 7.30pm on BBC One to find out what happens next.