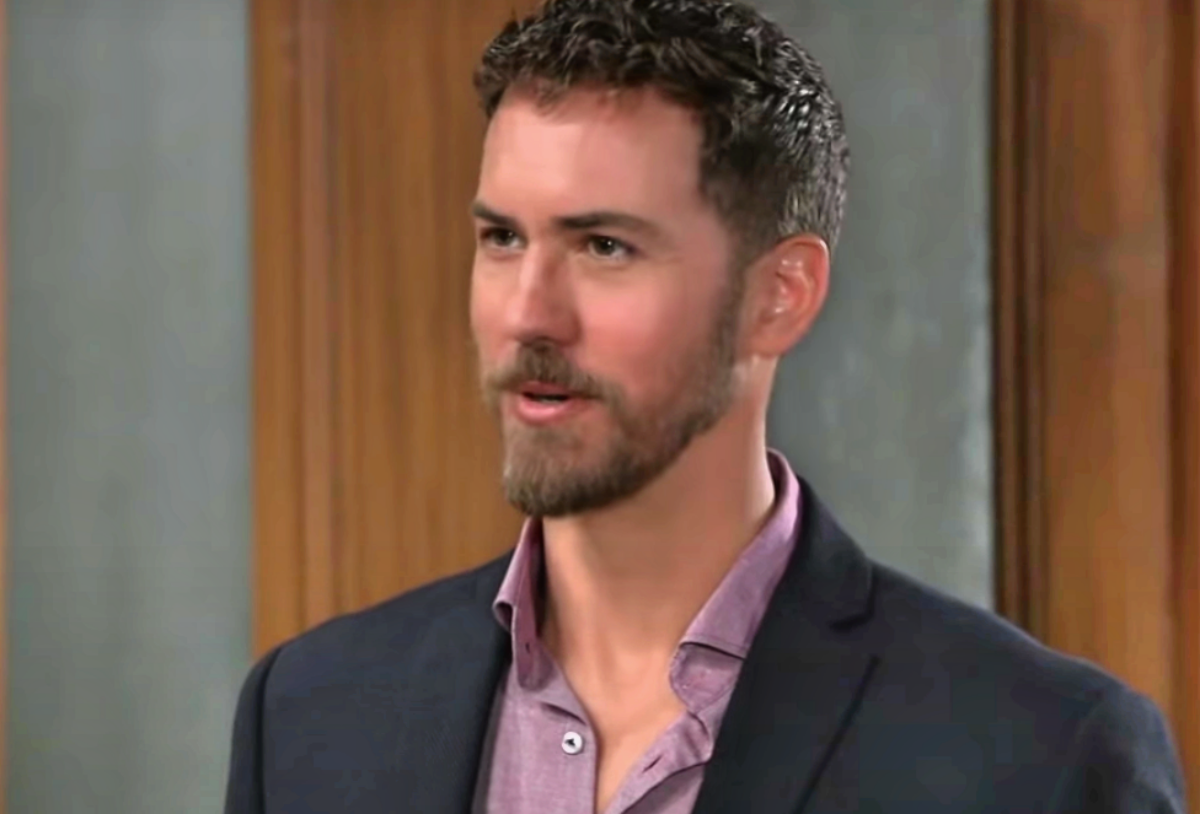 General Hospital spoilers tease that Peter August (Wes Ramsey) more than likely has engaged a DVX contact of his to kidnap both Holly Sutton (Emma Samms) and her son Ethan Lovett (Nathan Parsons) so as to keep Robert Scorpio (Tristan Rogers) from finding out that the call he received about her death in a recent episode of GH was only a cruel ruse designed to distract him!

GH Spoilers: Who Called Robert Scorpio To Notify Him Of His Ex-Wife Holly Sutton’s Death?

There is a question as to who may have placed that call to notify Robert of Holly’s death. General Hospital viewers will recall that Robert teared up and went immediately to his other ex-wife’s home, Anna Devane (Finola Hughes) to notify her, and to cry on her shoulder!

Even though Holly and Robert had been divorced for several years, as Robert told when he first came back to Port Charles a few years ago, it was obvious that he still loved her, as he seemed to be extremely shaken. The call had to have come from what Robert thought was a credible source, or he would not have so readily answered the call. He received it just outside Maxie Jones (Kirsten Storms) and Peter’s apartment after his little altercation with Damian Spinelli (Bradford Anderson).

Although this call could have come from a hospital or care center that Robert would know Holly was in – since he had also mentioned she had been in failing health when he returned to Port Charles – Peter may have arranged for someone else to call as well, fearing lose ends. He may have arranged for his DVX contacts to not only kidnap Holly, but also her and Luke Spencer’s (Anthony Geary) son, Ethan – and Ethan could have been forced to make the call himself, from his own cell phone, eliminating Robert’s reason for possibly calling Ethan to verify the death of Holly! Calling Ethan also would be a necessary part of making Holly’s final arrangements, or confirming them.

General Hospital Spoilers: Holly Sutton And Ethan Lovett Have Not Been Seen On The GH Canvas Since 2015

General Hospital viewers will recall that the last time that Holly and Ethan were seen on the program was in the summer of 2015, when a not-so-dead Frank Smith (Joe Cortese) had kidnapped Ethan, and had been holding him in a warehouse in Vancouver (hmmmm….isn’t that where Cyrus Renault worked out of too?) and Holly sought Luke Spencer’s (Anthony Geary) help, notifying him about the kidnapping.

Luke rescued him, Ethan having been forced to put his foot on a pressure bomb, and Luke was able to disable it. However, the guards then walked in and held both of them at gunpoint, alongside Laura Collins, then Laura Spencer (Genie Francis), Holly, Lulu Spencer, then Lulu Falconeri (Emme Rylan) and Dillon Quartermaine (Robert Palmer Watkins). Frank Smith, as longtime General Hospital viewers would remember, had the mob territory in Port Charles that Sonny Corinthos (Maurice Benard) had taken over, and Luke once worked for Frank.

Frank shot Ethan in the arm and eventually everyone except Luke and Laura are released, and Luke killed Frank as Holly took Ethan to the hospital. Ethan and Holly then left the GH canvas when this storyline was completed. There could be another scenario as well; if Peter has indeed had both Holly and Ethan kidnapped and Ethan made the call, he may have been notified by someone else and they could be held in two separate locations! After all, Ethan may have also been forced to tell Robert where to come for the funeral, and Peter could keep Robert distracted and busy looking for Ethan and Holly for quite some time!