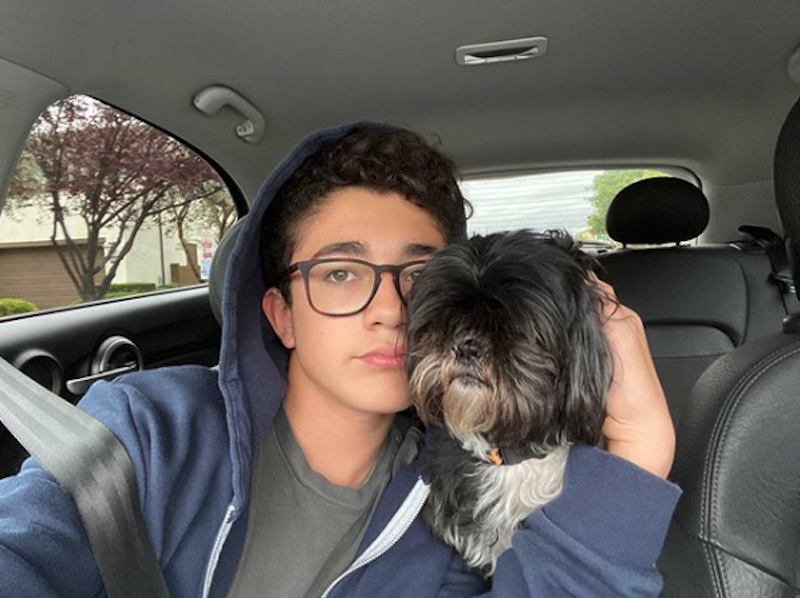 General Hospital star Nicholas Bechtel (Spencer Cassadine) is showing off his adorable niece on Insta and this girl has got it all—a poufy mane, cute collar and tons of personality.

I’m talking about his fur baby niece of course!

Nicholas’s pic is so sweet and shows the two of them sharing a little cuddle in the car. Is there a dog alive who doesn’t live for car rides?

Nicholas’s niece looks super comfortable at the prospect of going for a ride, and is too cute in her fur that ranges from black to beige to tan. For his part Nicholas is wearing a pair of tortoise shell glasses and rocking a hoodie.

He captioned the photo, “me and my niece 🐾,” and it’s obvious he’s crazy about the charming pooch.

Nicholas’ fans ate up the cute pic and left tons of affirmative comments like, “Lookin’ good you two!!!,” “Bellísimo😍❤️,” “Cuteee doggy 🥺,” and, “aren’t you the cutesttt.”

Others expressed the desire to see more of the young star, with one fan posting, “Miss seeing you on GH,” and another remarking, “wish you were back on GH not just your name.”

Another fan couldn’t help but notice, “You are all grown up and a handsome young man at that ❤️.” Aw!

General Hospital spoilers – What’s next for Spencer Cassadine on GH?

Nicholas is not off the show, but he is seen infrequently. Most recently viewers saw his deflated disappointment with his father who had led him to believe for years that he was deceased.

Nicholas killed it in the searingly honest scenes in which he confronted Nikolas Cassadine (Marcus Coloma) for breaking his heart and treating him with such little regard.

Once again Nicholas showed that he can bring it with the best of them, and many viewers were surprised to see how grown up he has become.

Will we see more of Spencer any time soon? There are no details out about possible upcoming storylines involving Spencer, but his family members are embroiled in front burner plots, so there is always the possibility that he will make an appearance in connection to those.

One thing’s for certain, May Sweeps is just around the corner and anything can happen during the ratings bonanza month.