General Hospital Spoilers: Sasha Regrets Breaking Michael’s Heart – Will She Move On With A Chase Romance? 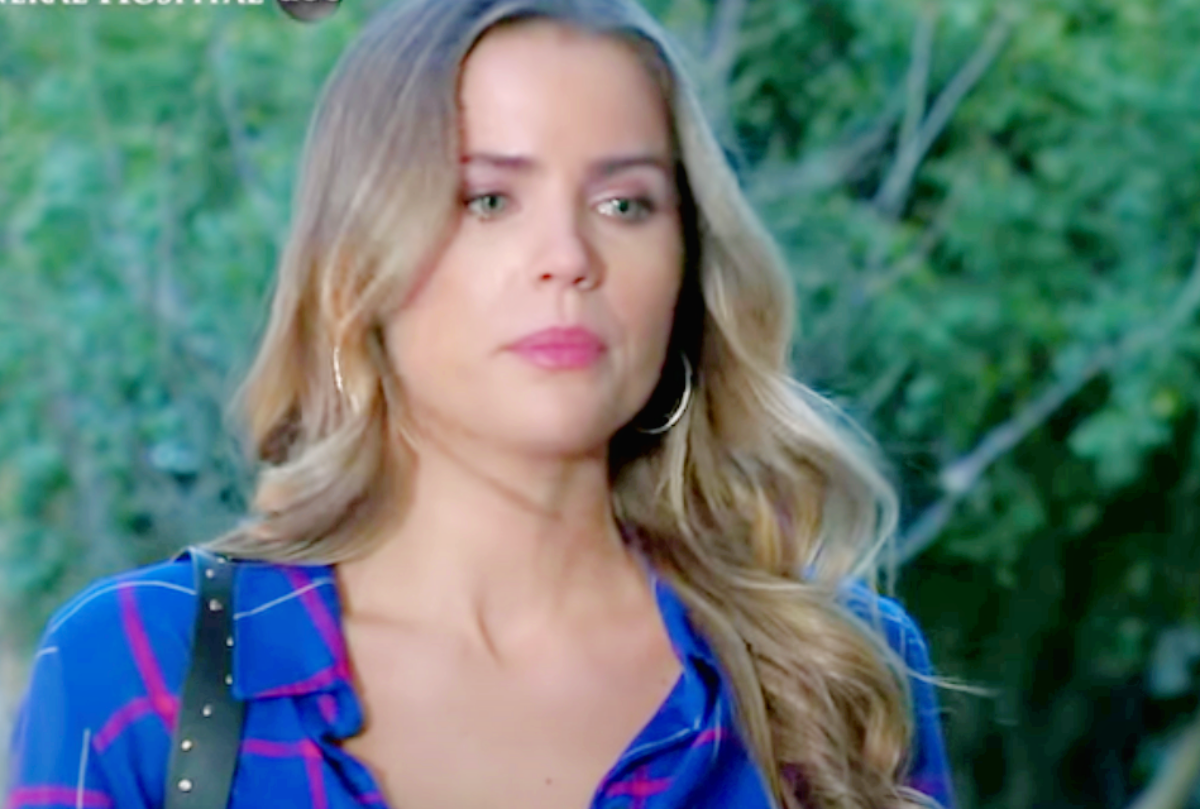 General Hospital (GH) spoilers revealed that Sasha Gilmore (Sofia Mattsson) might completely regret her rash decision to break up with her boyfriend, Michael Corinthos (Chad Duell). GH fans know that recently, Sasha and Harrison Chase (Josh Swickard) went out of their way to push Chase’s girlfriend, Willow Tait (Katelyn MacMullen) into the arms of Michael. To do so, Sasha went behind Michael’s back and fake cheated with Chase.

GH fans know that recently Chase and Sasha started taking off clothes and made out like hormonal teens until Willow walked in on them. Of course, everyone knows by now that Chase and Willow were merely carrying out their own, private, secret plot to save the childhood of Wiley Cooper-Jones (Erik and Theo Olson). In their fevered imaginations, Sasha and Chase believed that by breaking the hearts of Willow and Michael, they could actually save them. Never mind the arrogance involved in Sasha and Chase’s decision!

General Hospital Puzzle Challenge: Solve the Soap Star Who Is Gone But Not Forgotten

GH viewers watched for months as Sasha and Chase hinted around that neither were ready for marriage or kids. However, these were issues that in reality, both Chase and Sasha were willing to take a step at a time with their respective partners. But! Oh well. Sasha and Chase chose to lie about everything instead.

Now, some GH viewers might think that Sasha and Chase were living in fantasyland when they came up with what they thought would be an amazing solution to Michael, Willow, and Wiley’s problem. That assessment was apparently correct since Sasha freaked out the moment she realized she might not be able to take back her actions. In fact, Sasha completely panicked and came running to Chase with the idea that they could both rush over to wherever Michael happened to be and confess their entire weird conspiracy. Surely, Michael would take Sasha back and surely, Chase would reconcile with Willow!

Chase might cry when only Sasha can see … but at least he had the guts to say that he’d made a decision that he felt was right for Willow (no matter how stupid and arrogant that might have been). Not only did Chase make the decision, but also he chose to stand by it.

As everyone knows, at this point it would be really hard for either Chase or Sasha to get back together with Michael or Willow even if they wanted to. Instead, GH viewers are likely to see both Chase and Sasha move on. Perhaps both will take the opportunity to reflect on how awful they were, and Chase and Sasha will commit to never playing God with other peoples’ lives ever again. (Not likely, but one can hope.) Perhaps Sasha and Chase will work on themselves and try to become better people. Who knows?

However, GH fans know one thing is clear. If Chase and Sasha don’t start dating each other, then they’re both going to be exceedingly single. Maybe Chase and Sasha will go out, meet new people and move on. If they’re wise though, Chase and Sasha might take time out, focus on their respective careers, and then when they’re truly ready, attempt to be better partners than they were to Willow and Michael.