The Bold and Beautiful Spoilers: Penny Freaks, Out Of Control – Ready To Kill Flo To Hide Secret 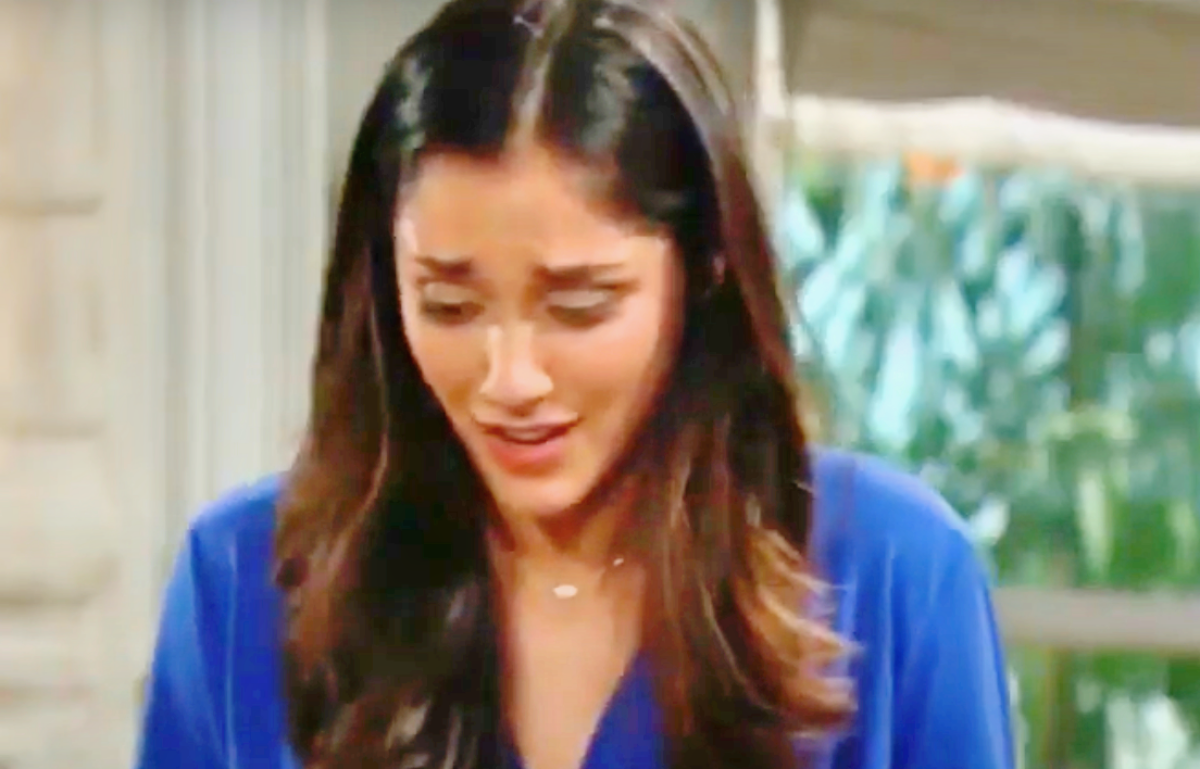 The Bold and the Beautiful spoilers document that Penny Escobar’s (Monica Ruiz) impulse causes her life to become far more complicated than it already was. The doctor’s choice to involve herself with Sally Spectra’s (Courtney Hope) scheme already created a complex situation. But what just happened is a clear crime.

B&B fans were to see Flo Fulton (Katrina Bowden) bludgeoned on the back of the head. Sally didn’t witness the impact, but caught Flo as she was falling to the ground.

Penny’s violent choice dramatically transformed a situation that might have been negotiable into one that immediately put Flo’s life in danger. It also likely ended Penny’s career and could easily lead to her arrest.

Sally put Penny in an impossible situation. Now, Sally’s been forced by her friend to face bad choices.

Flo needs medical attention. But even if she gets it she’ll naturally want to report what happened to the police, which assumes she’ll survive what Penny did to her, or be aware of reality when she comes to.

Sally and Penny could make another foolish choice if they decide to hold Flo hostage. Either person, or both, could also leave Wyatt Spencer’s (Darin Brooks) home and escape. But a life on the run surely wouldn’t be endless, with both ladies confronting consequences in the future.

Bold And The Beautiful Spoilers – Flo Fulton Falls Into A Coma, Or Has Amnesia?

There is another soapy option. This would involve Sally and Penny moving Bowden’s character to a different location, possibly even Flo’s apartment. They could luck into Flo awakening, but not knowing who she is. Yes, amnesia would provide an indefinite cover.

Alternatively, it’s possible that Penny hit Flo so hard that she’s fallen into a coma. Wyatt could come home, find his true love, and believe that burglar’s attacked her, leaving Sally and Penny in the clear for awhile.

Feeling that she had no choice but to act, Penny took what looked like an empty candlestick holder and knocked Flo unconscious. That definitely violated any code of medical conduct.

Penny and Sally will surely feel compelled to conceal what happened. Their combined panic establishes what could be an extended cliffhanger.

As B&B fans know, this is the last week of new episodes. So, they’ll have to wait until whenever new shows can be recorded, prepared, and then broadcast to learn everyone’s fate.