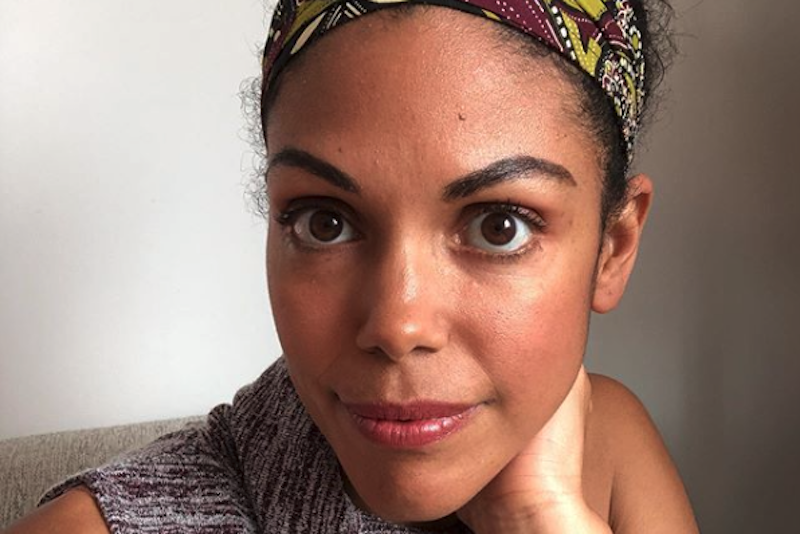 The Bold and the Beautiful alum, Karla Mosley is starring in a new romantic Hallmark movie called How to Train Your Husband premiering next month.

Julie Gonzalo known for The Sweetest Heart and Dallas, Jonathan Chase known for American Woman and Love They Neighbor and Peri Gilpin known for Frasier and Make It or Break It are set to star in How to Train Your Husband which premieres on the Hallmark Channel on Saturday May 16, 2020 at 9PM ET/PT.

Jillian who is played by Gonzalo is known as a successful marriage therapist and best-selling author according to the synopsis. Her career is going as she planned but her marriage with her grad school sweetheart Justin as played by Chase is not as successful. She is an expert in marriages and often has wisdom to spare for her clients but rarely listens to her own advice.

With the help of her mother, Mona played by Gilpin and friends Nicole played by Mosley and Aaron played by Andre Hall from The Haves and the Have Nots, she hopes to find out the secrets to a happy and successful marriage. But when she finally realizes how she has taken Justin for granted and wants to make amends; it may just be too late for that.

The Bold and the Beautiful Spoilers: Flo Plays A Devious Trick On Sally – Wants To Expose Her As A Fraud https://t.co/SwiVzRno7u pic.twitter.com/4bHQPPMcaR

The new movie is a Mapelle Film Production. It is written and directed by Sandra L. Martin. Martin alongside Isaac Alongi serve as producers. If you are romantic movie fan, you can add this one to your watch list. From the sound of it, it sounds very interesting and a must-see for Hallmark television movie fans.

Mosley has a highly successful acting career. She starred for a number of years on The Bold and the Beautiful as Maya Avant. Her story on the show was groundbreaking and very impactful. She also played the role of Christina Boudreau on Guiding Light.

Currently, Mosley is enjoying life as first-time mother and we often see this via her adorable mother-daughter social media posts. Mosley is also well-known for her work on the hit web series called Wed-Locked in which she stars alongside her B&B and GL co-star, Lawrence Saint-Victor (Carter Waldon).

Be sure to check out the new movie when it premieres on May 16th. Also, please check back her as we are committed to bringing you the latest in soap opera news on a constant basis. Have a blessed day.