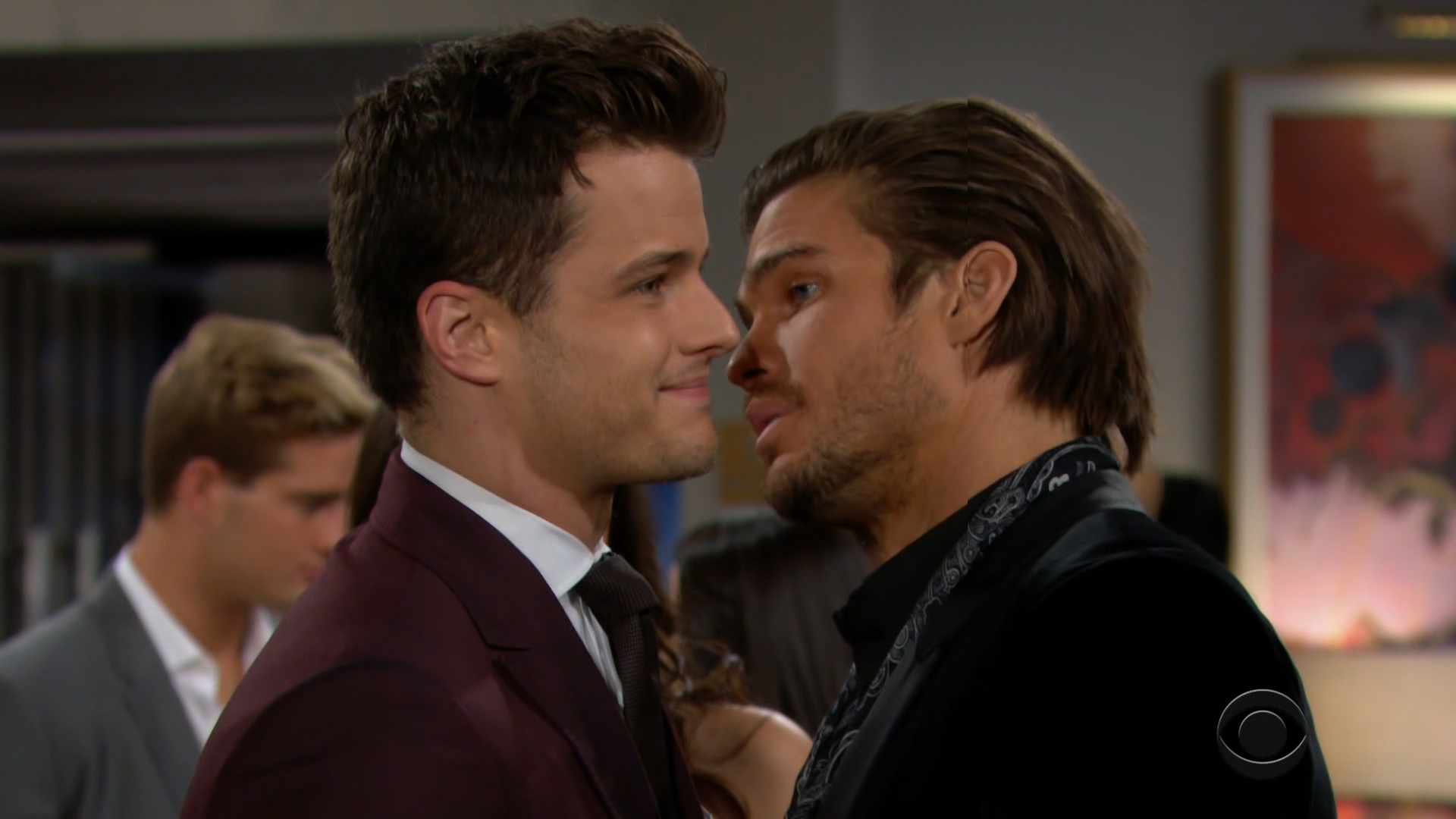 The Young and the Restless spoilers tease that Theo Vanderway (Tyler Johnson) may still have a dirty trick or two up his sleeve. You didn’t really think he would exit Jabot gracefully did you?

Grandstanding Theo is not one to leave the scene with his tail tucked between his legs. After being outed as a fraud and a liar, he’s been fired from his job but the hurt and humiliation he’s feeling may come back to bite Kyle Abbott (Michael Mealor).

The Young and the Restless spoilers – Does Kyle really think that Theo is through with him?

Kyle was given the honor of firing Theo. He didn’t hesitate to axe his competition when Jack Abbott (Peter Bergman) gave him the chance. But to his credit, Kyle had some sympathy for his cousin and foe afterward. For about a hot minute!

After all it was Kyle and Summer Newman (Hunter King) who set him up to take the fall. Theo and Kyle were competing to be the one to initiate a new campaign at Jabot, but Theo panicked and stole Kyle’s idea. Not cool.

The Young and the Restless Spoilers: Lola Turns Her Back – Theo Finally Exposed https://t.co/xK3NtbBWqS pic.twitter.com/sak6NkPadn

Why Theo felt the need to cheat is confusing. He has talent in reams but that old bugaboo, insecurity, got the best of him. Probably best he got ousted now instead of staying on and dragging Jabot into plenty of lawsuits in the future.

Still, if Kyle thinks that Theo will slink off that fast and easily, he should think twice. Theo is obviously stung by losing his job and his reputation within the Abbott family.

The Young and the Restless spoilers – What’s next for Theo and Kyle in Genoa City?

By his own admission Kyle told Summer that he and Kyle have always been in competition even during their salad days as young bucks in New York.

Everything about Theo screams revenge and payback! He’s clearly not over his ousting as he accused Kyle of thinking he would steal something as he exited the building.

Theo is full of combustion and the perfect payback would be to ruin Kyle’s tenure at Jabot. The character is set to leave the canvas, and if he did so in a blaze of scorched earth it would surprise no one in Genoa City. Keep your eyes open Kyle!