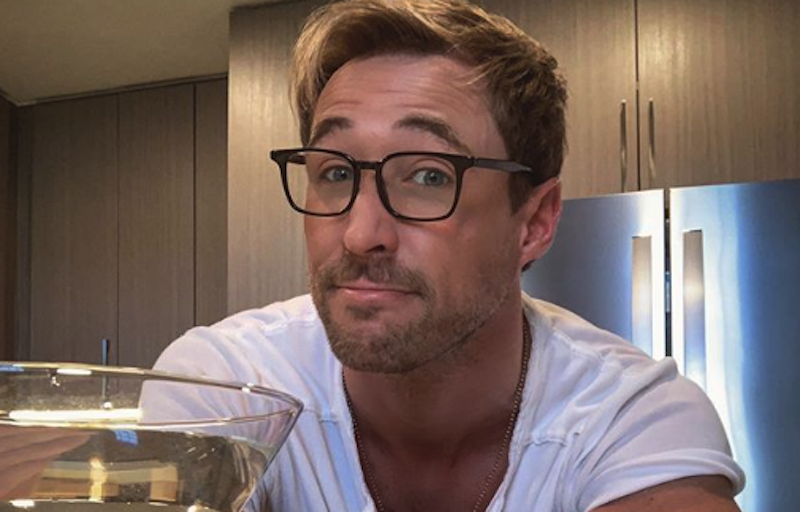 Kyle Lowder is reprising his role as Rex Brady on “Days of Our Lives” and his return date has just been revealed. The actor was last seen in Salem in August 2019 and he recently clarified his return date on Twitter as it was initially reported to be on May 1. Fans will be seeing Lowder earlier since he’ll be back on their small screens on April 30, 2020.

“Days of Our Lives” has released a spring promo last month featuring the return of familiar faces like Brandon Barash. In the teaser, Rex is sitting on a park bench holding a cellphone. There’s no telling what brings him back to town but viewers can expect him to share scenes with Sarah Horton (Linsey Godfrey).

Days of Our Lives Spoilers: Sarah Runs Into Rex Brady

“Days of Our Lives” Spoilers hint that Rex Brady (Kyle Lowder) will be back in town and he’ll run into Sarah. Viewers know that she recently found out that the Mackenzie “Mickey” Horton, who she believed is her daughter isn’t actually hers. She’s about to give Mickey, who’s really Rachel Black, back to Kristen DiMera (Stacy Haiduk) and Brady Black (Eric Martsolf) when she backed out.

Sarah decided to run off with Rachel and spoilers tease that they’ll end up in Paris where they’ll run into Rex. It will be quite a coincidence given that Rex left Salem to live in Chicago so he’ll be closer to his daughter with Mimi Lockhart (Farah Fath).

Days Of Our Lives Spoilers: Steve Digs Deeper Into Adrienne’s Death – Will He Be The One To Set Maggie Free? https://t.co/CxKP49xJxn pic.twitter.com/N8qEG3DSgj

Sarah will be considered a fugitive and kidnapper in Salem but she’ll pretend that all is well. She won’t be excited to see Rex but she’ll try to keep her composure given that he doesn’t know about the baby switch yet. But her secret won’t stay as it is for long. Rex will eventually learn that she’s on the run. He may try to convince her to do the right thing and return to Salem with Rachel. However, it seems like Sarah’s not about to give up and she’ll plan to disappear again with the little girl.

Hopefully, Rex can talk some sense into Sarah and have her return Rachel voluntarily before it’s too late. Will Rex be successful in convincing Sarah to return Rachel?