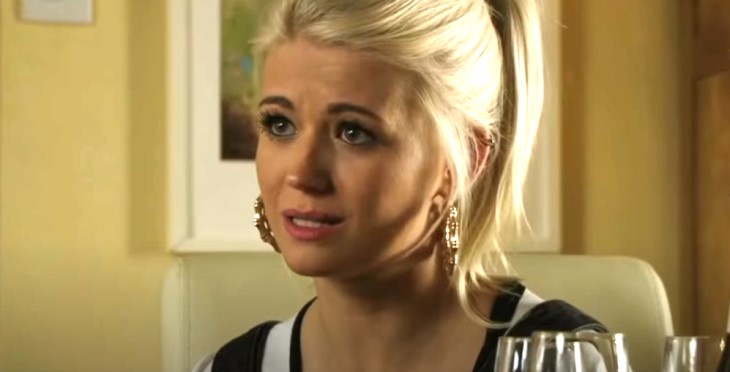 EastEnders spoilers hint that Lola Pearce (Danielle Harold) may come clean about her cheating with Peter on Jay Brown (Jamie Borthwick). After Lola decided not to accept the proposal from Jay, he left her there, which resulted in Lola going out and drinking. However, bumping into Peter, she and Peter slept together. With the guilt of eating her alive, Lola decides to let the truth be known at least to Callum. However, could this lead to the truth coming out to Jay as well?

Things have been complicated for the couple, Jay and Lola, especially with the dynamic of their relationship changing constantly. First, Lola finds out that she was pregnant as the two saw the pregnancy differently. Lola was not ready to have another child as she was comfortable with just have her daughter. While Jay was happy to hear that Lola was pregnant and wanted to keep the baby.

However, Lola decided to terminate the pregnancy, and they were able to move forward with that decision. However, when he decided to propose, Lola could not accept the proposal, and this made Jay upset. This leads him to end things which left Lola to go to the pub and drink. After bumping into Peter at the bar, the two sleep together. This leads to Lola being guilty.

This proves to be a mistake as it weighs heavily on her and she decides to keep things a secret that is until she decides that she should reach out to someone. She decides to talk to Callum’ Halfway’ Highway’s (Tony Clay) about what happened between her and Peter.

It seems that Viewers will learn more about what happened during that night as she fills Callum in on everything that she remembered from that night. It seems that she finds Callum to be an easy person to open up to, but will this mean that her secret will be exposed?