General Hospital Spoilers: Jordan Believes She Knows What Cyrus is Planning – Can She Stop Him Before There Is A Mob War? 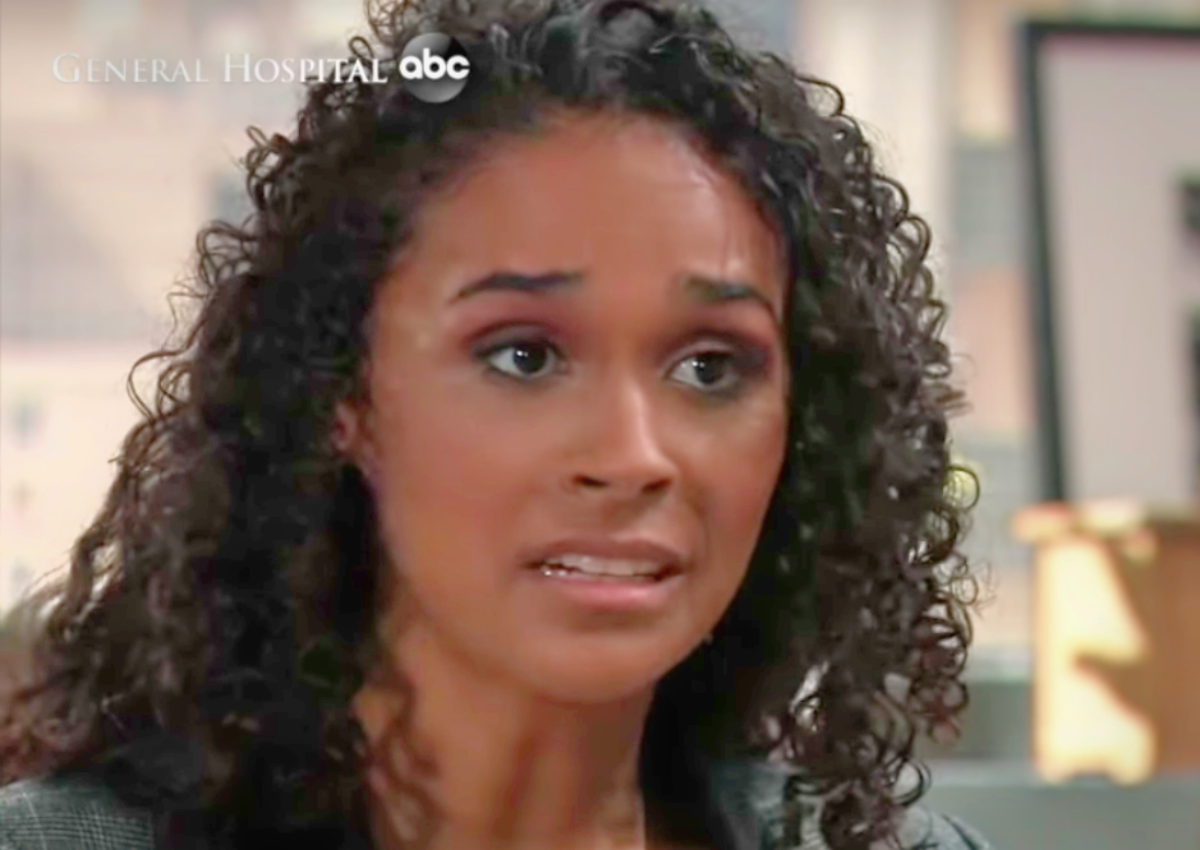 General Hospital (GH) spoilers suggest Jordan Ashford (Briana Nicole Henry) could still stop the evil Cyrus Renault (Jeff Kober) is she would stop it with her hypocrisy. GH fans have become fed up with Port Charles’s police commissioner, and with good reason!

As everyone knows by now, Jordan was immensely relieved that her son, TJ (Tajh Bellows) got dumped off at General Hospital. Although bruised and a bit beaten up, TJ was none the worse for having been kidnapped. However, GH fans know that while Cyrus Renault may not use TJ against his mother again, Jordan is still very much under his thumb.

That’s why viewers watched Jordan wringing her hands as Mac Scorpio (John J. York) met with her in her offices. Mac went on a bit about getting justice for TJ and then he left. Of course, most understand that Jordan wants the same thing that Mac does, but gosh darn it she’s just so afraid!

The truth is, while GH fans have heard Willow Tait (Katelyn MacMullen) wailing about how she’s “all over the place,” Jordan actually isn’t far behind in that department.

First, she tells her husband, Curtis Ashford (Donnell Turner) that she thought Cyrus would have his men deliver TJ to her apartment (why she thought that is anyone’s guess) and she hopes TJ won’t remember the details of his kidnapping.

Then Jordan flip-flops within the space of a half-second and tells Curtis she hopes TJ does remember because it would provide a connection to Cyrus that Jordan could then point out to the Feds.

Now, GH fans have seen Jordan and Curtis both go on and on ad nauseum about how they wish they could stop Cyrus Renault. Jordan in particular has been seen waiting, moaning, and groaning about her desire to stop Cyrus without seeing any more of her friends and family getting hurt or killed.
But how?

Well, if Port Charles’s police commissioner had a brain in her skull, she could send her family away from Port Charles for a while until Cyrus Renault was no longer a threat. She could have them all leave town without a forwarding address and without telling Jordan the location. Curtis could throw a dart at a map, and wherever it stuck? BOOM!

Curtis, TJ, and his girlfriend Molly Lansing-Davis (Haley Pullos), would be out of harm’s way. Of course, this would free up Jordan from the threat of having any more of her family kidnapped and used as leverage against her. Has Jordan considered any of this though?
No. No Jordan has not.

General Hospital Spoilers: TJ In Danger, Remembers Who Kidnapped Him – Jordan Fights To Save Son From Mobster? https://t.co/MCVv3NwXlX pic.twitter.com/gLXC3BKvzg

Then too, Jordan could get off her high horse, head over to Sonny Corinthos’s place or even go have a heart to heart with the mayor of Port Charles, Laura Spencer (Genie Francis).

When all of these people put their heads together, it’s a fair bet that Jordan would find some great ideas for putting an end to Cyrus Renault once and for all. (On a side note, Jason Morgan must not have been able to get a clear shot at Cyrus when he headed out on Sonny’s orders to take the man out. That would have solved all of Jordan’s problems then and there. But … maybe Jason got sidetracked with Sam. Who knows because the next thing you know, Jason and Cyrus were at the Metro Court Hotel.)

The truth is, unless Jordan is willing to get her hands dirty, she’s going to remain a puppet of a man she hates. Moreover, Jordan actually is guilty of breaking the law in a pretty serious way. Was Jordan breaking the law in order that a higher good might come about? Sure, but would the law cut Jordan a break if they understood that? GH fans can agree that justice is supposed to be blind, right?

The bottom line is that if Jordan doesn’t go to jail for breaking the law, she definitely ought to be incarcerated for her stupidity. That’s because many GH fans might agree that Jordan’s a danger to all of Port Charles!