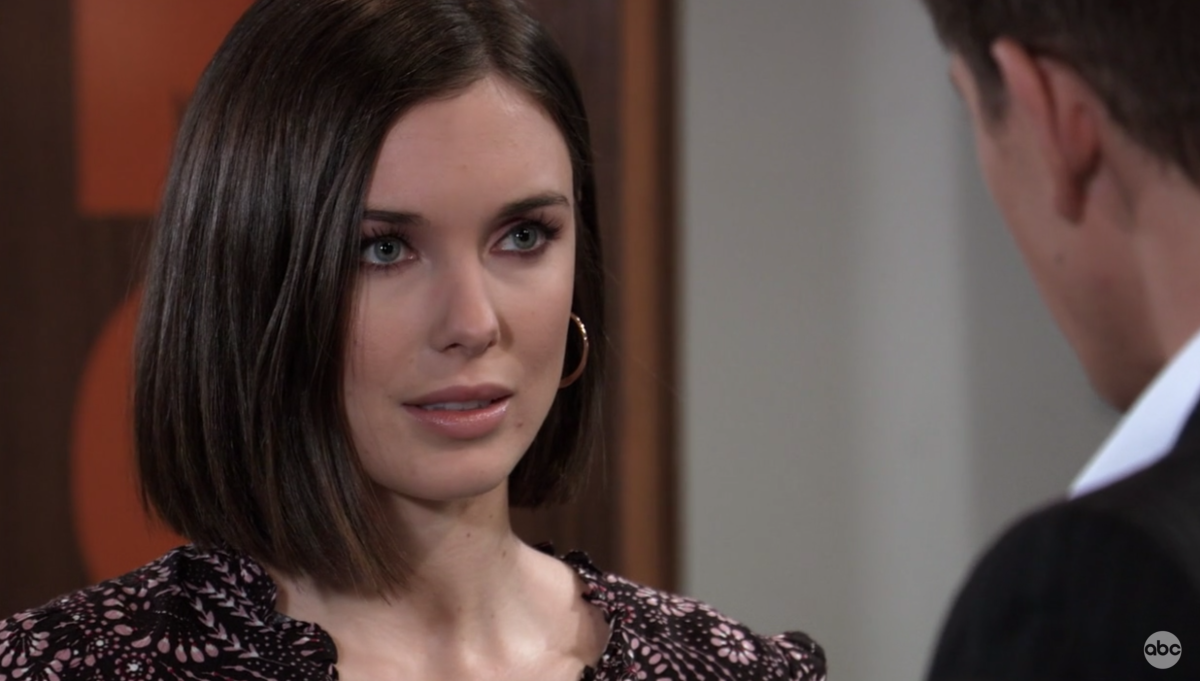 General Hospital (GH) Spoilers hint that Michael Corinthos (Chad Duell) makes be more upset about Willow Tait (Katelyn MacMullen) being heartbroken rather than about Sasha Gilmore (Sofia Mattsson) cheating on him. In recent episodes of GH, viewers have seen Harrison Chase (Josh Swickard) and Sasha come up with a plan to push the two together. This may reveal that Michael may have had feelings for Willow for a while as he takes note of Willow’s heartbreak over his own feelings about the breakup. Could this mean that he had or even still has feelings for Willow?

Michael and Willow have had a strong connection ever since she came into Port Charles. As they both had something in common, they both were dealing with grief at the time Willow with grieving her child away to Brad and Lucas. While Michael dealt with his grief for a child, he thought was dead. This led them to bond with one another over the grief that they were feeling for their lost children. Some viewers saw the attraction between the two and assumed that a love triangle was going to happen between Michael and Chase. However, Michael and Sasha ended up dating while Chase dated Willow. However, could it be that Michael put his feelings aside for Willow when she started to date Chase, and that led him to move on with Sasha?

Michael’s reaction to the cheating was normal in a way as he was angry and felt betrayed; however, he felt more betrayed for Willow than anyone else. He even tells Chase that he does not feel bad for himself, but instead, he feels bad for Willow and that he would protect Willow from now on. Of course, Michael has been through a lot that may leave him numb to being hurt in a relationship. As most of the people he has fallen in love with has died, and/ or hurt him at some point in time. However, he even admitted that he leaned on Willow a lot because of Wiley, however, could it have unknowingly and unintentionally used their connection to Wiley to become closer to Willow.

It is possible that Michael has had feelings for Willow this whole time as he does care about Willow either he might have feelings for her, or maybe he just feels a pull towards her that may make them great friends. What do you think about the situation? Do you think that Michael may have unknowingly had feelings for Willow? We’ll give you updates as GH news comes in. Stick with the ABC soap, and don’t forget to check HH often for the latest General Hospital spoilers, updates, and news.