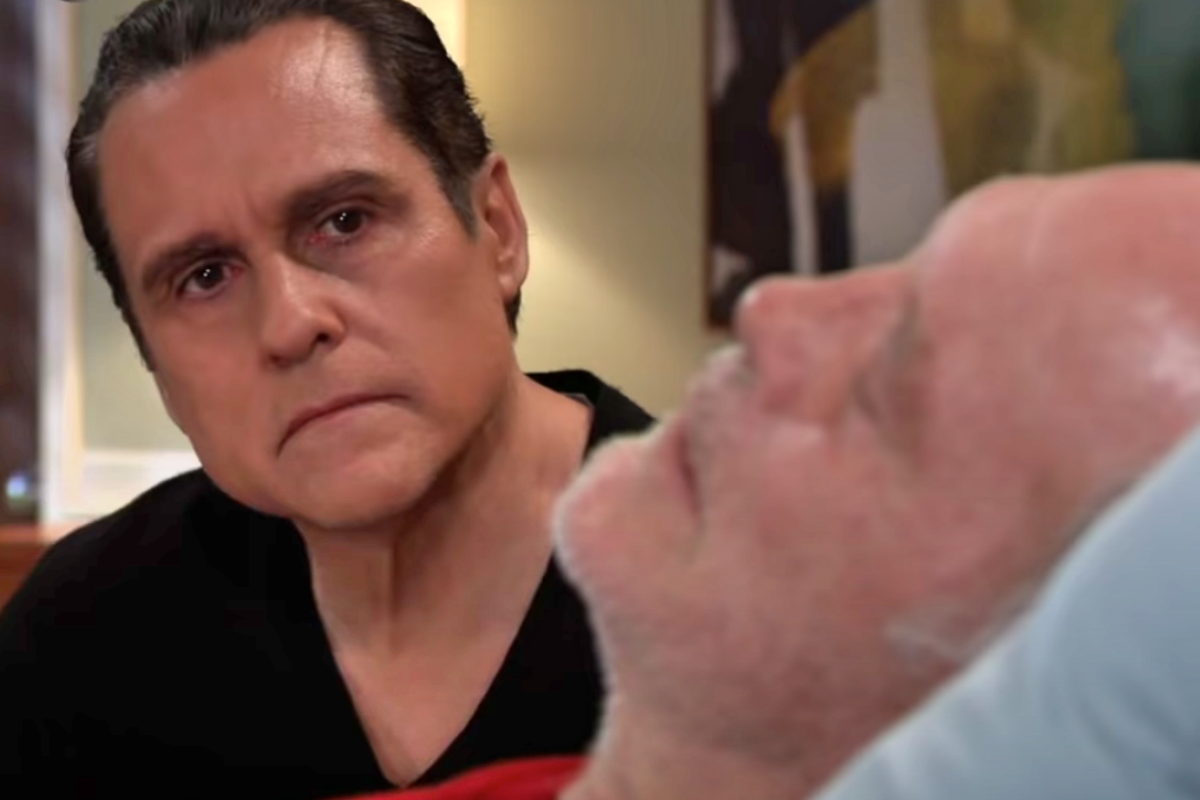 General Hospital spoilers reveal that Sonny Corinthos’ (Maurice Benard) preoccupation with his dying dad has made him especially vulnerable to Cyrus Renault (Jeff Kober). Will Mike Corbin (Max Gail) be Sonny’s fatal flaw, the one that takes him down for good?

Cyrus is the new bully in town and he doesn’t like Sonny one bit. Making matters worse, Sonny cancelled their very first meet and greet at the last second, making Cyrus very, very mad.

How will Cyrus take advantage of the fact that Sonny’s off his game? Do you really want to know the answer to that question? Cyrus is a twisted man who is capable of anything!

General Hospital Spoilers: Jordan Believes She Knows What Cyrus is Planning – Can She Stop Him Before There Is A Mob War?

Cyrus is capable of anything so Sonny should be extra careful and vigilant right now, but unfortunately he’s anything but. Poor Sonny is distracted by the downward slide of his father who is battling Alzheimer’s.

Sonny simply cannot accept the fact that with each passing day the end comes nearer for Mike. This has made him very unfocused, fighting his emotions and reality with everything he’s got.

As such, Sonny is extra vulnerable to Cyrus’ low down dirty mob tactics. For instance, he kidnapped the PCPD police commissioner’s son to blackmail her. He tortured the boy and would only release him in exchange for being set free from prison.

General Hospital Spoilers: Nina And Jax At Odds Because Of Nelle? Can Their Relationship Survive? https://t.co/qhfVw36owk

He also tried to kill Sonny, his wife Carly Corinthos (Laura Wright) and a host of others who got in his way. Cyrus’ evil message was received, but can Sonny muster the energy needed to take him on and take him down?

Sonny is in a very precarious situation right now. He can’t get his mind off his dad and soon Cyrus will find out and move in for the kill. How will he strike out at Sonny?

By going after his loved ones no doubt. Lulu Falconari (Emme Rylan) was foolish enough to interview him for her tabloid and Cyrus could strike out by targeting her son who is also Sonny’s grandson.

Or, he could target Carly. Worse, he could strike up an alliance with Julian Jerome (William deVry) and form a formidable mob operation that dwarfs Sonny’s. One thing’s for certain, May sweeps will deliver a wallop of action and drama and Sonny is sure to be at the center of it!