The Bold and the Beautiful Spoilers: Sally Missed Her Chance To Punch Snoopy Flo 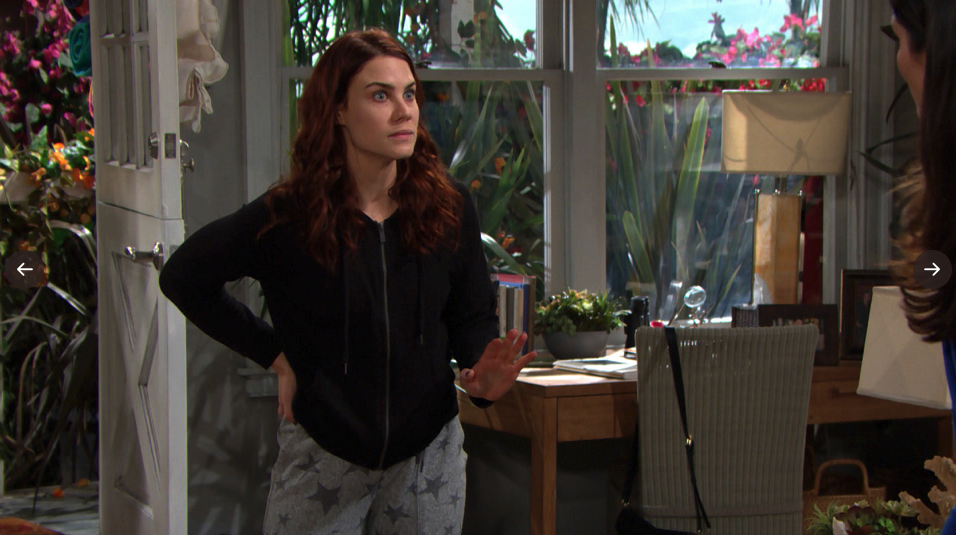 The Bold and the Beautiful spoilers reveal that Dr. Penny Escobar (Monica Ruiz) dealt with Flo Fulton (Katrina Bowden) in an unexpected way. She bashed her head so hard that it sent Flo flying, which knocked down Sally Spectra (Courtney Hope). It was long overdue, but we really wish Sally had been the one to deliver the punishment.

B&B spoilers reveal that Flo came to town and began as a bit of a mean girl. Then, her character got worse when she took part in the “PhoeBeth” scheme. She had several opportunities to tell the truth. Fans remember Hope Logan (Annika Noelle) talking to Flo in the office about her struggles and devastation. Flo looked like she felt guilty, but still kept quiet.

After the truth was discovered, Flo was a hated woman. However, we really haven’t seen her punished. Now all of a sudden, after everything she has done, she wants to act like she is Ms. Morality.

As fans saw during recent episodes, Flo began to suspect that something was ringing true about Sally’s illness. She broke privacy laws and hacked into Penny’s computer. Looking over Sally’s medical records, Flo figured out that Sally wasn’t dying as everyone believes.

Now, we don’t condone Sally’s sickness scheme, but Flo shouldn’t have been snooping through medical records either.

The Bold and The Beautiful Spoilers: Heather Tom Has Another New Gig https://t.co/rTAbEusZo2 pic.twitter.com/KgYXY96lUj

Attacking Instead of Understanding

The Bold and the Beautiful spoilers reveal that Flo slammed Sally for allowing Wyatt Spencer (Darin Brooks) to believe she was dying. Flo verbally attacked Sally and insulted her. However, if she was truly a good girl, then she would have made some sort of attempt to understand why Sally went to such extreme measures.

Good people have some level of empathy. This is a trait that Flo lacks, despite writers trying to redeem her.

The Bold and the Beautiful Spoilers: Right Idea, Wrong Person

When Penny knocked out Sally, a lot of fans feel it was long overdue. However, it would have been much more satisfying and epic if the blow to the brain would have been delivered by someone other than Penny. We would have loved to see Sally finally have enough and knock out Flo.

What do you think of Flo being knocked out? Were you hoping that Sally would have delivered the blow instead of Penny?