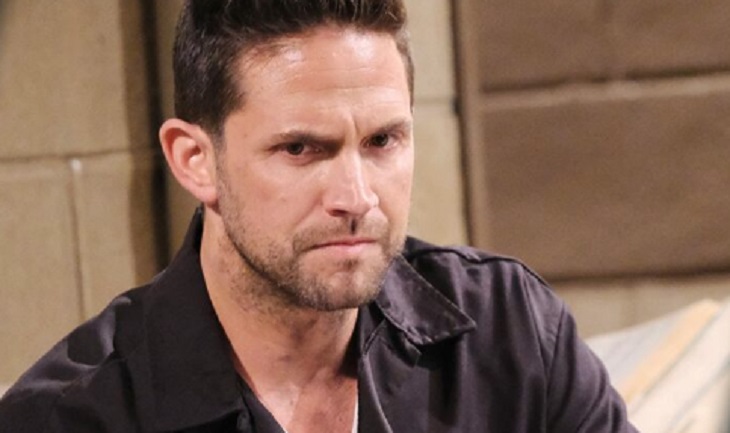 Days of Our Lives spoilers reveal Brandon Barash is returning. The actor previously portrayed Stefan DiMera, who was killed off. Fans wondered how the soap was going to bring him back. We now know that he will be playing Jake Lambert, but the actor recently revealed that he was told that killing Stefan was a mistake and they wanted him to come back.

DOOL spoilers reveal that the role of Stefan was originally played by Tyler Christopher. However, the part was recast and when Barash took over, it was just supposed to be for a few months. However, the casting decision would change how viewers perceived the Salem newcomer, especially when he began sharing scenes with Gabi Hernandez (Camila Banus).

However, the character was killed off and it set up an emotional storyline for Gabi, who was determined to make Lani Price (Sal Stowers) suffer.

When Barash took over the role of Stefan, fans raved about his chemistry with Gabi. The two started off hating each other, but soon had to admit their feelings for one another. They were just getting started on their journey as a married couple when Stefan died.

In the latest issue of Soap Opera Digest, head writer Ron Carlivati admitted that the chemistry with “Stabi” is undeniable. He thought about how to get that magic again, but how to bring back a dead character?

Days of Our Lives Spoilers: Who is Jake Lambert?

Days of Our Lives spoilers reveal that Gabi will be stunned to see her dead husband. In one scene, she actually faints. She’s not the only one to be shocked by a familiar face, though. Ben Weston (Robert Scott) can’t get over how Jake looks just like his former boss, Stefan.

Barash gave some information about his new character. He teased that Jake is a mechanic who is “rough around the edges.” Even though Jake and Stefan look exactly alike, they couldn’t be more different when it comes to their personalities. Jake is very blue-collar and doesn’t care about portraying an “air of refinement.”

He just wants to live a decent life, but does make bad decisions that affect his ability to do that.

Barash told the magazine that he didn’t even know he was coming back until he got a phone call from casting. They admitted to the actor that killing Stefan was a mistake and would like him to return. Of course, the idea had to be pitched to the network, and Barash had other obligations, so details had to be worked out.

Now the time has finally arrived and Barash is back. Now, how will Salem react to Stefan’s lookalike, and will fans enjoy this new character?