EastEnders Spoilers: Whitney Accused Of Fleeing – Will They Discover The Truth Of Her Disappearance 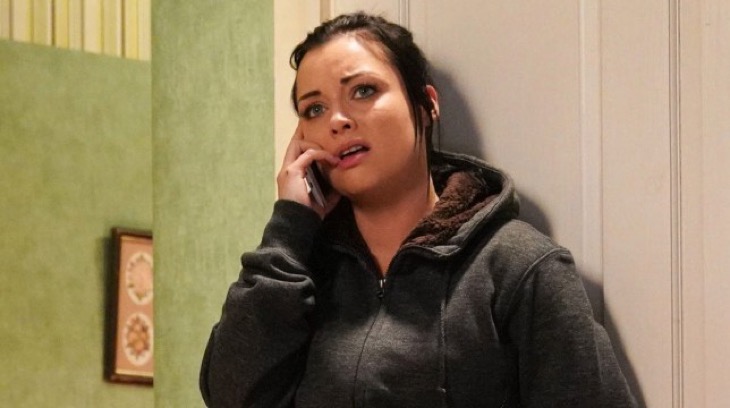 EastEnders Spoilers hint that Whitney Dean (Shona McGarty) being accused of fleeing from Walford when in reality, she is being held hostage by Leo’s mother, who blames her for the death of her son. It will not take long before Whitney’s disappearance becomes common knowledge, and everyone begins to look for her.

However, they may discover some information that they were not expecting to see, which will be the letters that she had decided to get rid of right before running into Leo’s mother. This could throw them off of Whitney’s trial if they do not realize what actually happened.

Whitney was planning on leaving during this week’s episodes and who would blame her. She seems to have gotten the rotten end of the stick. This led her to write letters for her family and friends saying goodbye to them, and she even went as far as giving away her necklace. However, getting the news that Leo’s mother would not be a problem for her anymore made things seem so much better. This made her change her mind about going on the run, and she decided to trash her letter. These may have been a mistake, though, as this might be the very reason that they may think that she went on the run.

EastEnders Spoilers – Letter In The Trash Lead To False Assumptions

However, since Whitney is missing, she cannot explain what she was planning and how she changed her mind at the last minute. False assumptions may lead to dangerous consequences for poor Whitney, who has already been through so much. It seems like she will not be safe until Leo’s whole family is gone as they all seem to have an unstable viewpoint on the world, and sadly Whitney is their target.

It may take them a while to find out the truth. Hopefully, it will not be too late. What do you think? Will they figure out the truth before it becomes too late? Watch EastEnders from Monday and Friday at 8 pm and Tuesday and Thursday at 7.30 pm on BBC One to find out what happens next.