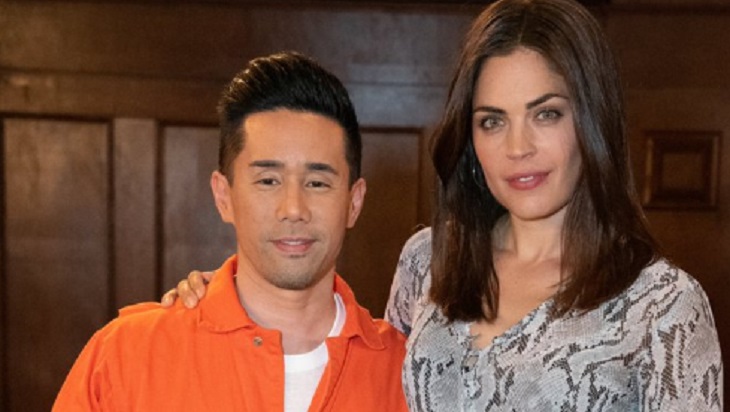 General Hospital’s Kelly Thiebaud who plays the popular bad girl Britt Westbourne urges everyone to please stay home. Everyone realizes that summer is almost here and everyone wants to get out and enjoy it. However, the longer people procrastinate, the longer this is likely to continue.

General Hospital’s Kelly admits that she missing working just like everyone else. Kelly went as far as to have a video of herself at work playing in the background. Unfortunately, Kelly, like many others cannot work until the country opens back up. Production has been shut down in Hollywood as well as the rest of the country.

Although Kelly has recently been on both GH and DOOL, this doesn’t mean she doesn’t want things back to normal as soon as possible. Even soap stars need to work. Kelly states that “some things take time and we owe it to each other to give this moment just that, time.” The star goes on to say that all of us are missing someone at this time, or need to get to the unemployment offices. We all need to work. But we need to be reminded of the greater good and protect ourselves and each other.

I miss working. Being on set. Creating. Goofing around with my cast and crew. Meeting cool and talented people. Laughing and telling stories in the makeup trailer. Playing make believe. Having new and challenging experiences. I cant wait to go back to work. However that’s going to look after all this has passed. But when it’s safe for us to. Some things just take time and we owe it to each other to give this moment just that, time. Sending you all my love. 💋 #tbt

General Hospital’s Kelly recently created the adult version of Orpheus’ daughter Zoey Burge on Days of Our Lives. Unfortunately, her stint on GH has been limited because of the shutdown. General Hospital has a few episodes remaining before they run out. With the COVID 19 shut down, executives started adding flashbacks to extend the episodes we have left. Perhaps we will see Britt in some flashbacks as well.

Britt fans can only hope that she would be included in a few of them. After all, Britt has had some interesting interactions in the past. Unfortunately, Kelly’s role as Zoey may not be a long as we hoped since the role has possibly been recast. Kelly could have easily jumped between the two soaps much like Wally Kurth who plays but Justin Kiriakis on Days and Ned Quartermaine on GH.

Will These Changes Affect How Soaps Are Taped?

So far, none of the soaps have released a definite research date because everything has to be approved a little at a time. However, it may be interesting to see how a genre of shows that are about love and drama are going to deal with social distancing. Perhaps Britt will be back soon to play in the sheets with Julian Jerome (William DeVry) and help save her mother from Peter August (Wes Ramsey).