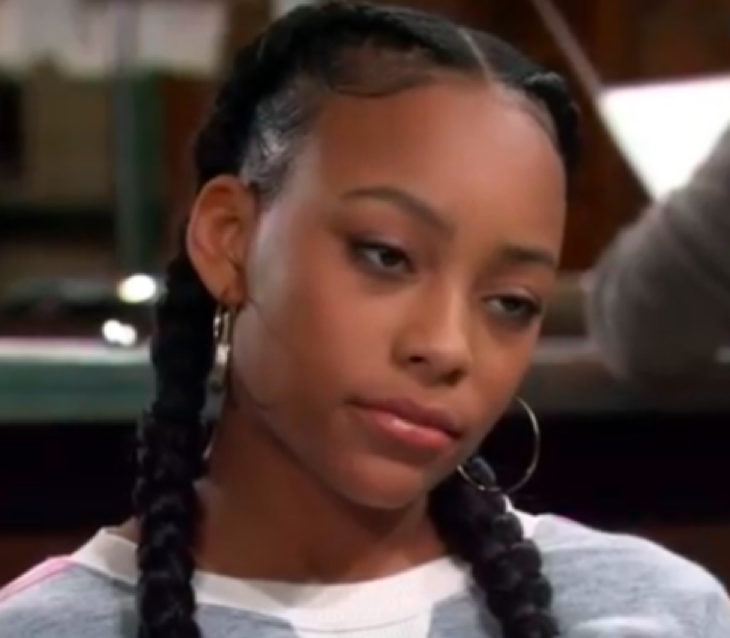 General Hospital (GH) spoilers tease that Cyrus Renault (Jeff Kober) has plans for Port Charles, plans that include introducing his deadly drugs into the town. Sonny Corinthos (Maurice Bernard) has, for the most part, been able to keep drugs out of the town, but Cyrus is determined to get a foothold in Port Charles, and one of the town’s teens may very well find themselves addicted to one of Cyrus’ deadly substances.

General Hospital Spoilers: Molly Confesses She Slept With Someone Else To Her Sisters

Ever since her father died, Trina Robinson (Sydney Mikayla) has been having a tough time of it. Marcus Taggert (Real Andrews) died trying to save Trina and Cameron Webber’s (William Lipton) life, after Cyrus kidnapped them. After that, Trina discovered that her father helped fabricate the evidence that put Cyrus away originally. Now Cyrus is a free man, and Taggert’s reputation has taken a beating.

GH Spoilers – Trina Just Wants To Pain To Go Away

Trina just wants the pain to go away. This will make her highly susceptible when Cyrus’ drugs begin to enter the school in Port Charles. Up until now, Trina has been one of the most level-headed of the teen set, but she’s at her breaking point. It would be easy to see a scenario where she succumbs to the temptation and begin using the very drugs that her father worked so diligently to keep off the streets.

Trina has a lot of friends and family in Port Charles, but except for Ava Jerome (Maura West), no one has really been able to get through to the young woman. If she does begin using Cyrus’ product, it won’t take long before those close to her realize that something is very wrong with Trina.

Cameron and Trina recently kissed, but Cameron has been in love with Josslyn Jacks (Eden McCoy) for a very long time. But regardless of their romantic entanglements, Joss and Cameron will likely notice if Trina’s behavior suddenly changes. They can hopefully alert her mother, Portia Robinson (Brooke Kerr) and Trina can get the help she needs, not only to deal with the drugs but the death of her father as well.

Will Trina turn to drugs to help her deal with the pain? Will Cameron and Joss realize something is wrong with their friend before it’s too late? Only time will tell, so stay tuned to General Hospital airing weekdays on ABC. And don’t forget to check back here regularly for all your General Hospital news, information, and spoilers!