Days Of Our Lives Spoilers: John Agrees To Orpheus’ Offer – On One Major Condition – Is Orpheus That Desperate? 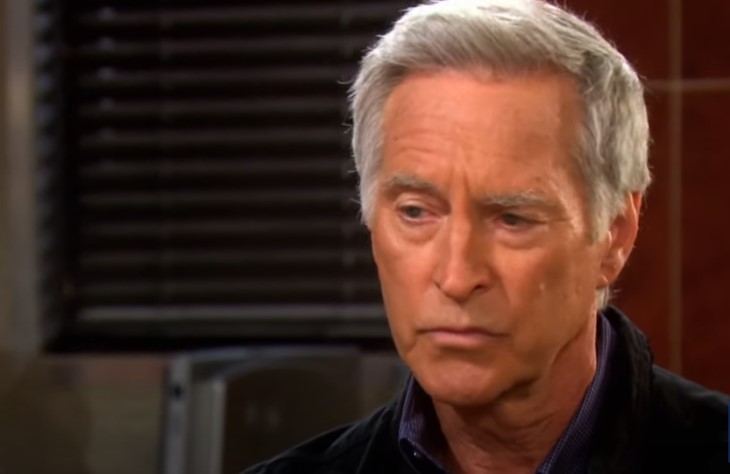 Days of Our Lives spoilers tease that John Black (Drake Hogestyn) will agree to an offer that Orpheus (George Del Hoyo) makes – on one condition, in an upcoming episode of Days of Our Lives!

Days of Our Lives Spoilers – Orpheus And John Black Have History

Orpheus and John Black have a history going back years, Orpheus having gone by his real name of Milo Harp and having been John Black’s ISA partner back when John was thought to be a previously presumed dead Roman Brady.

They were on a mission where there were KGB agents all around, in the middle of gunfire, and Milo’s wife Rebecca (uncast, spoken of) was killed accidentally when John thought she was a KGB agent and shot her; that was the beginning of Milo becoming Orpheus and his revenge plans against John Black.

Now Orpheus is trying to make John an offer he can’t refuse, and John agrees – but on one condition – that he and his son submit to having trackable microchips implanted so that they can be tracked to ensure they never come to Salem again.

Orpheus has asked John to help him and his son Evan Frears aka Christian Maddox ( Brock Kelly) disappear, and give them new identities. This would be similar to someone going into witness protection, only Orpheus has nothing to offer in that department.

Evan has given up on raising his son since his sister Zoey Burge (Alyshia Ochse) has thrown them both under the bus and is fighting to adopt baby David Ridgeway (Caleb and Kyler Ends) herself, and threatened to turn her dad and brother into the police when Christian admitted a secret involving both himself and their father to her. Orpheus offers to never come around Salem again and makes sure to include his son in that promise too. Microchips aren’t just for the bad guys – and trackable microchips do exist in real life.

These are what the veterinarian talks about when he or she refers to “registering” a pet’s identity so if the pet is lost or stolen, they can be found. If they can be implanted in animals, they can certainly be implanted and tracked in humans! This is a much better plan than a GPS monitor on someone’s ankle on house arrest, which can be cut off.

John is out of the loop about Evan’s outstanding charges in California and is not made aware of them so if it were to be discovered that John helped Orpheus and Evan to disappear, he could possibly be charged with aiding and abetting, but he and Rafe Hernandez, (Galen Gering) who is aware of the California warrants have not been in communication much since Prague when Rafe and Kate Roberts (Lauren Koslow) found him and rescued him, and Rafe took off to find Princess Gina Von Amberg/Hope Brady (Kristian Alfonso) back in February.

John gives his condition to Orpheus to consider, and Orpheus tells him he will have to think about it and get back to him! John figured as much!