EastEnders Spoilers: Could Whitney Die By The Hands Of Leo’s mother? 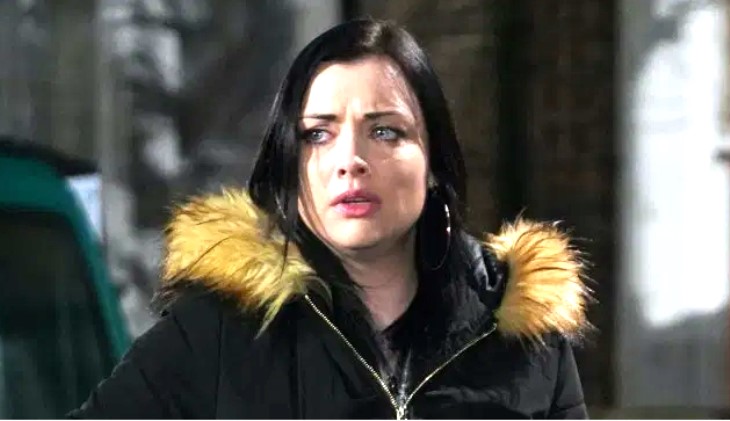 EastEnders Spoilers hint that Whitney Dean (Shona McGarty) may die at the hands of Leo King’s (Tom Wells) mother. Leo’s mother has recently kidnapped Whitney by threatening her. Walford becomes worried for her when they find out that she is missing, but with Whitney’s plan involving the letter that she wrote is discovered, things get a little more complicated for her to handle. Could that delay he from being found and result in her death at the hands of Leo’s unstable mother?

Leo’s mother is no doubt, unhinged and unstable as she tries to process the death of her son. She refuses to listen to what the others are telling her about her son’s behavior, but looking at the way she acts, Leo stood no chance of not ending up a stalker. As the apple does not fall far from the tree, and both of Leo’s parents were a little unhinged in their own way. So when Whitney is accused of murdering Leo, Whitney is scared by the mother, who then goes as far as to put up an ugly and nasty post about Whitney. This leads to Whitney coming up with a plan of ditching town and making letters for them. This only causes trouble for her once she is kidnaped by Whitney’s mother.

It makes sense for the mother to be upset about her son being dead and even make some mistakes along the way, but kidnapping is not the way to go. The way that Leo’s mother is acting makes it seem like she would do anything in order to get revenge, which may mean that she would even murder Whitney. She believes that Whitney murdered her son, so a life for a life. Could it be that this could be the end for Whitney, or will someone catch on to what has happened before things go wrong?

Things are not looking great for Whitney, but hopefully, she will be okay and that they will find her before things go too far. What do you think will happen to Whitney? Could she die, or do you think they will find her first? Watch EastEnders from Monday and Friday at 8 pm and Tuesday and Thursday at 7.30 pm on BBC One to find out what happens next.