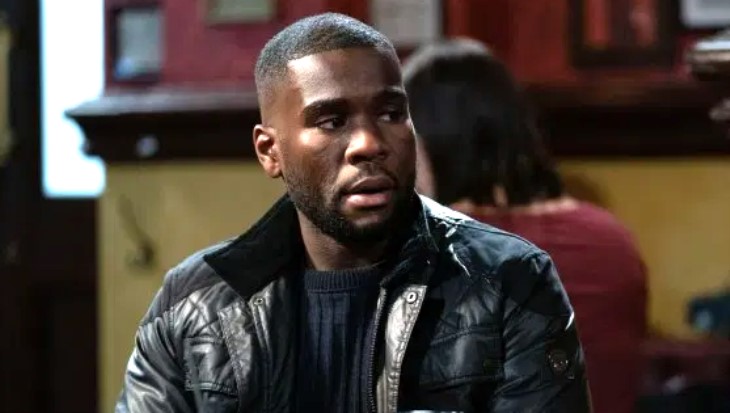 EastEnders Spoilers hint Isaac may be close to discovering the truth in upcoming episodes of EastEnders. This was discovered during an interview with the actor Stevie Basaula who has hinted the discovery of Isaac’s father will be revealed. As of now, Isaac does not know the guy that he thought was his father is not really his father. This may stan the relationship between Isaac and Patrick Trueman (Rudolph Walker) or even the relationship between Isaac and his mum, Sheree Trueman (Suzette Llewellyn).

EastEnders star Steve Basaula who plays Isaac has done an interview with Inside Soap, where he talked about his character finding out the truth about his father’s identity. As viewers know, Patrick is Isaac’s biological father and only recently found out about from Sheree. However, it seems that a simple slip-up will mean the secret will finally come out. Steve told Inside Soap, “Isaac begins to suspect that this man could be his father, but he needs to hear it from his mum. It just doesn’t fit straight for Isaac, so he goes on a quest to find the missing pieces. He speaks to Denise, and she says some things to him regarding Patrick and him going to Trinidad every year. That’s when Isaac finally decides to speak to Sheree.”

EastEnders Spoilers – Isaac Baptiste Is On The Case

The relationship between Isaac and Patrick is not really the best as Isaac is used to Sharee going from guy to guy. “Isaac finds Patrick a bit overbearing — he’s too eager. It wouldn’t be a problem if Isaac didn’t feel threatened — but he wants the love of his mum, so sees Patrick as a threat.”

Things began to get a little tense between the two as Patrick outshines Isaac’s gift for Sheree by getting her a trip to Trinidad. Which seems to be better compared to the family photograph that Isaac got. However, things take a turn for the better when Isaac and Patrick bond.

Steve says, “Somebody else mentions that the two of them are alike. Then they’re having a laugh together, and Patrick says, ‘Don’t you think we’re similar?’ And Isaac’s like, ‘Nah,’ he kind of brushes it off. But it gets him wondering ‘What’s going on here?'” It seems that he is close to learning the truth, so how long might it take for it to fully come out? Watch EastEnders from Monday and Friday at 8 pm and Tuesday and Thursday at 7.30 pm on BBC One to find out what happens next.