The Young and The Restless Spoilers: Eric Braeden Speaks Out Calls For The Return Of Cane and Paul 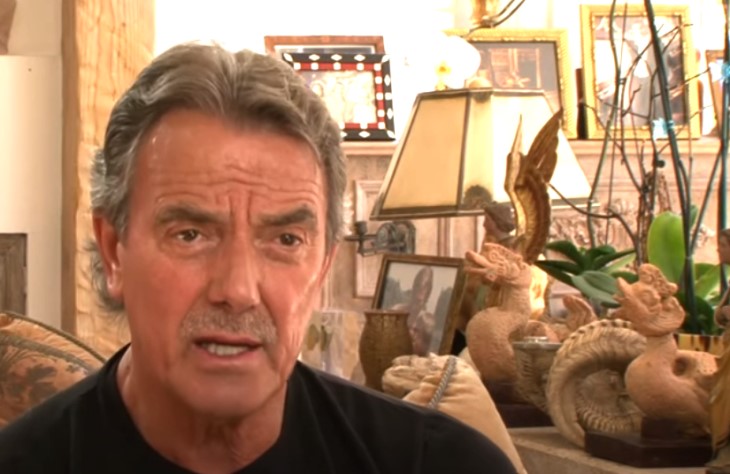 The Young and the Restless spoilers tease that Eric Braeden has a thing or two to say about his Y&R co-stars and as usual, you do not want to miss his memorable comments!

As fans know, production on Y&R has been halted in order to take safety precautions related to the coronavirus pandemic. The state of California has mandated isolation guidelines and the show has observed them for about six weeks now.

Braeden like many other soap stars has been active on social media, engaging with fans during this unprecedented time. He recently shared his thoughts on several Y&R actors including Daniel Goddard, the late Kristoff St. John, and Doug Davidson.

The Young and the Restless Spoilers – Eric Braeden Shared A Touching Tribute To His Co-Stars Doug Davidson, Daniel Goddard, And Kristoff St. John

In one Twitter post-Braeden weighed in on what he thinks of the Y&R characters portrayed by Goddard (Cane Ashby), St. John (Neil Winters), and Davidson (Paul Williams).

He posted, “Two good friends are no longer on the show, KRISTOFF, who passed away, and DANIEL GODDARD, who is a damned good actor and SHOULD BE WITH US!!! Miss them both, along with DOUGIE DAVIDSON, who isn’t on the show ENOUGH!!!” wrote the legendary soap veteran.

For his part, Goddard retweeted Braeden’s post with a sweet photo of himself, St. John and Braeden. The three men are standing side by side and it is a beautiful remembrance of the late St. John.

The Young and the Restless Spoilers – What’s Next For Victor Newman In Genoa City?

Production on Y&R and its sister soap, The Bold and the Beautiful, has been shuttered since March 17. Thursday marked the last time new episodes will air for the time being, with no word on when original epis will resume.

The Young and the Restless Spoilers: Victoria Newman’s Negligence Catches Up With Her – What You Need To Know! #yr #YoungandRestlss https://t.co/3zxDrj8yyz

In the meantime, fans will be treated to theme weeks with episodes introduced by actors filmed at their homes.

Y&R fans just discovered that concerned dad Victor covered up a murder that 11-year old Adam Newman (Mark Grossman) committed many years ago in Kansas. However, a snarky Adam thinks this is a lie and is certain to come out with big guns blazing when filming resumes!