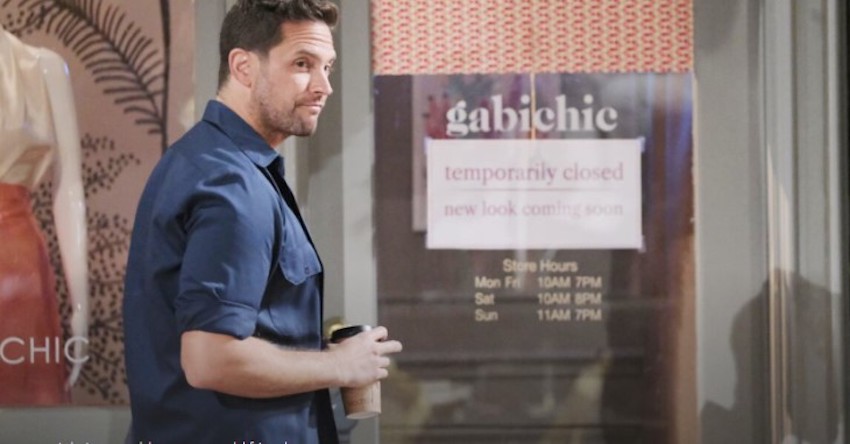 Days of Our Lives (DOOL) spoilers tease that Gabi Hernandez (Camilla Banus) just got the shock of her life! After spending over a year (because of the one year time jump) believing her husband, Stefan O. DiMera (Brandon Barash) was dead, Gabi came face to face with a man who looks exactly like her late husband. Gabi is convinced that the man, who goes by the name Jake Lambert (also Brandon Barash), is really the love of her life. But is that really the case?

DOOL Spoilers: Stefan seemed to be most definitively dead!

As viewers know, Stefan was shot in the neck by Lani Price (Sal Stowers) and taken to University Hospital, where Dr. Kayla Brady (Mary Beth Evans) was able to stabilize him. But Stefan was soon revealed to be brain dead. Meanwhile, Julie Williams (Susan Seathford Hayes) needed a new heart, and Stefan was a match. So Gabi reluctantly agreed to donate Stefan’s heart to save Julie, although it wasn’t without strings. But even before all of that, Gabi begged Dr. Wilhelm Rolf (William Utay) to use his back from the dead serum to save Stefan. But according to Rolf, Stefan was too far gone for even his serum to work.

Could Jake really be Stefan?

Days of Our Lives Spoilers: Gabi Reaches Out To Rafe For Help – She Has No Job And No Home https://t.co/fxT7CEkreG pic.twitter.com/VpdKRftsqj

But of course, this is Salem. And no one seems to stay dead in Salem. Perhaps Rolf lied to Gabi, and was able to save Stefan and the heart that Julie received actually belonged to someone else. It would be far fetched even for Salem, but stranger things have happened. Or perhaps Jake just happens to look exactly like Stefan. Or maybe they are twins or related some other way. But look for Gabi to be convinced that somehow, Jake is actually her husband.

Days of Our Lives Spoilers: Ben goes to work for Jake

When Gabi tells Jake that he is her dead husband, Jake will think she’s insane! With no one else to turn to, look for Gabi to ask for Ben’s help. But will Ben help Gabi as she tries to get closer to Jake so she can convince him that they are married? There is no love lost between Gabi and Ben, so he may be reluctant to help her. But if somehow Stefan really is alive, Ben will most likely believe that Gabi is the person most likely to get through to him! He will want his friend back and Gabi is the best shot at making that happen, if it’s true!

Is Jake Lambert really Stefan O. DiMera? Can Gabi or Ben convince Jake of his true identity? Or is it all just a crazy coincidence? Only time will tell, so stay tuned to Days of Our Lives airing weekdays on NBC. And don’t forget to check back here regularly for all your Days of Our Lives news, information and spoilers!