Days of Our Lives Spoilers: Salem Mayhem Aftermath – Abe’s Popularity On The Downfall – Is Kate Robert Just What He Needs To Help 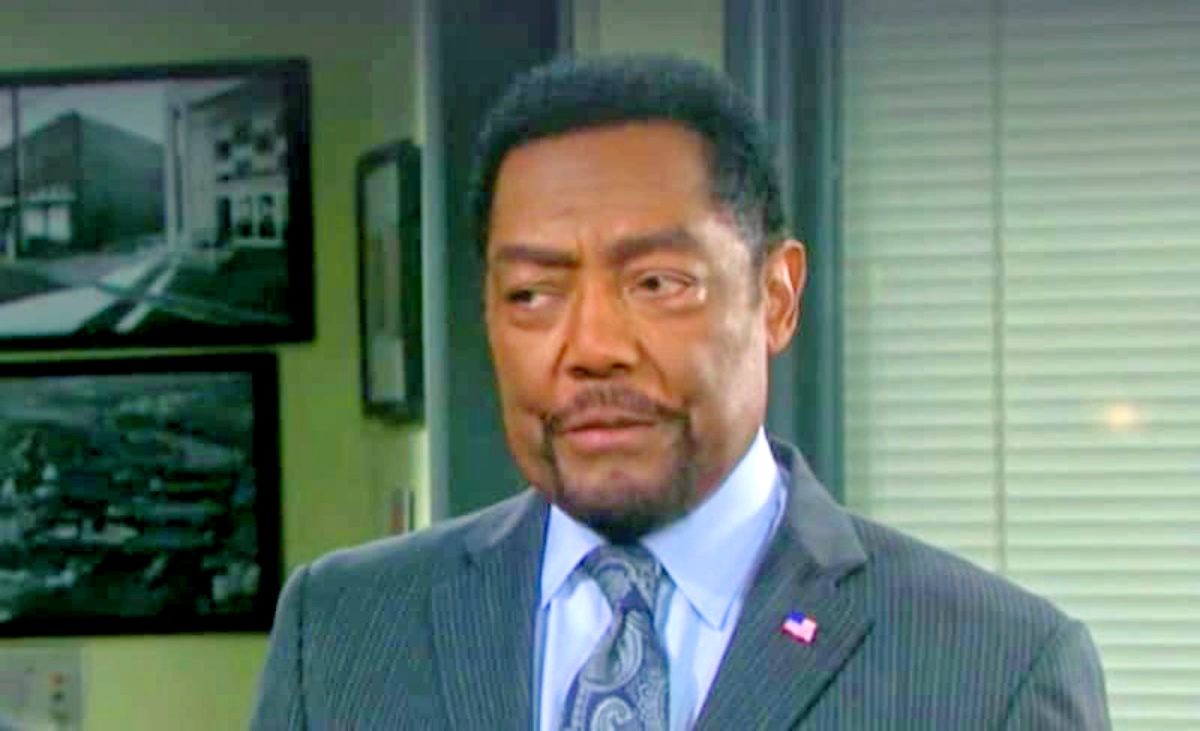 Days of Our Lives (DOOL) spoilers tease that Abe Carver (James Reynolds), the mayor of Salem, is currently having a bit of a public relations issue. While there is no doubt that Abe is good at his job, recent events may have turned public opinion against him. The recent crime wave committed by Steve Johnson (Stephan Nichols) while he believed himself to be Stefano Dimera (the late Joe Mascolo) may have caused public opinion about the city’s current management to sour.

Add that to the fact former Police Commission Hope Brady (Kristian Alfonso) was also committing crimes from under Dr. Wilhelm Rolf’s (William Utay) influence and Abe’s popularity in Salem is a very real cause for concern for the Mayor!

Days Of Our Lives Spoilers: Traumatized Hope Tries To Ease Her Guilt, Apologizes To John – Will They Forgive Her Horrible Deeds?

Abe is trying to find a perfect spokesperson to help restore his tarnished image. That’s why Kate Roberts (Lauren Koslow) has applied for the position. If there is one thing Kate is good at, it’s putting a spin on things that make her come out smelling like a rose. But she had to apply under a false name, because Abe never would have agreed to even interview Kate for the position given her own recent brush with the law.

For months, Kate was aware that Steve believed himself to be Stefano DiMera. He recruited Kate to be his eyes and ears in Salem while she was working as a waitress at the Brady Pub. But when Stefano’s plans threatened the life of her good friend, Dr. Marlena Evans (Deidre Hall), Kate turned against “Stefano” and put herself at risk to help her friend. Kate was arrested, but the DiMera lawyers helped her get out of any criminal charges. But Abe is well aware of the things that Kate has done, and at least initially, won’t hire her.

Days Of Our Lives Spoilers: Steve & Kayla Share A Moment, Helps Him Put His Patch Back On – His Eye Is Beyond Repair https://t.co/uyx0l47FR0 pic.twitter.com/aBrBTPJkQC

Kate has made a long career out of spinning her actions in the most favorable ways. She’s done some pretty awful things over the years, but somehow she always manages to come out on top. If Abe can put aside his personal feelings about Kate, she may be exactly what he needs right now. If anyone can put a positive spin on recent events in Salem, it would be Kate. But is it worth working with Kate? The Mayor is elected by popular vote. Kate’s skills may be Abe’s best shot at remaining in office!

Will Kate be exactly what Abe needs to turn public opinion back in his favor? Can Abe look past Kate’s past actions? Is this the perfect position for Kate? Only time will tell, so stay tuned to Days of Our Lives airing weekdays on NBC. And don’t forget to check back here regularly for all your Days of Our Lives news, information and spoilers!