Days Of Our Lives Spoilers: Traumatized Hope Tries To Ease Her Guilt, Apologizes To John – Will They Forgive Her Horrible Deeds? 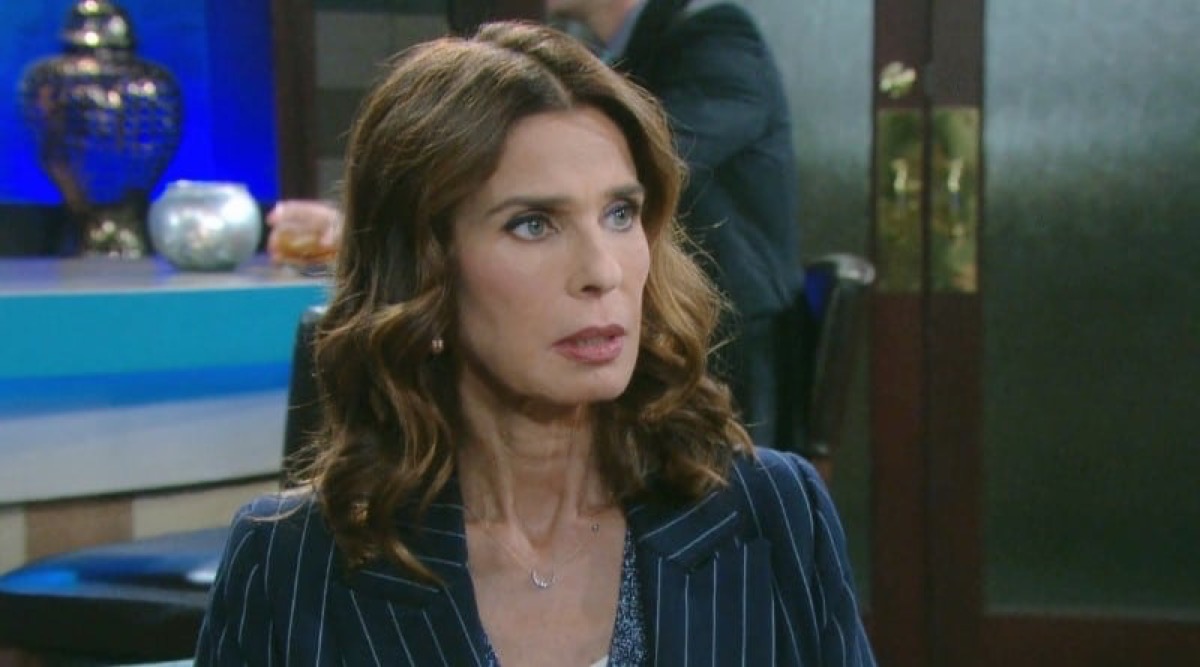 Days of Our Lives spoilers tease that Hope Brady (Kristian Alfonso) will try to assuage her guilt, and will apologize to John Black (Drake Hogestyn) and Marlena Evans (Deidre Hall) in an upcoming episode of Days of Our Lives!

Days of Our Lives viewers will recall that Hope recently had a conversation with Steve Johnson (Stephen Nichols) who also had the same problem, feeling guilty for things he had done when he was Stefano DiMera (Stephen Nichols) even though mentally he knows he’s not responsible.

Days Of Our Lives Spoilers: John Agrees To Orpheus’ Offer – On One Major Condition – Is Orpheus That Desperate?

He already had apologized to everyone he had hurt and they all told him no apology was necessary because he wasn’t in his right mind – but at least his conscience is a little clearer having done so. Hope decides to try the same thing, because at least she’ll know that she has apologized. She is finding out more every day what she did as Princess Gina Von Amberg (Kristian Alfonso) and now she has a lot of things to apologize for to John and Marlena!

Hope has already apologized to Jennifer Deveraux (Melissa Reeves) who was the hardest, having pushed her over the balcony of “The Bistro” on her wedding day to Jack Deveraux (Matthew Ashford) and causing her to go into a coma that lasted a year. They have made up, and Jennifer understood it wasn’t really Hope, just her body and she hadn’t been in her right – or, maybe that should be her OWN mind.

As Gina, Hope had lied to John, telling him that her house had flooded and was under renovations and she needed a place to live, while setting up for Marlena to be in Germany for an extended period of time for a series of classes, and then threw away any letters from Marlena to John and intercepted any from John to Marlena, and made it impossible for them to communicate with each other! She had hoped to drive them apart so she could swoop in and claim John, her obsession of many years. But the love that John and Marlena have for each other is strong, and it didn’t work. Then she kidnapped and tortured John in Prague, while “Steveano” kidnapped Marlena, his “queen of the night”!

Hope meets with John and Marlena and tells them she feels guilty about what she did to them as Gina, and wants to apologize. John starts to tell her she doesn’t have to, but Marlena intervenes and tells her to get it off her chest, as a psychiatrist understanding it is more an emotional cleanse and that it will help Hope even if technically she wasn’t responsible for her actions.

She apologizes for every single thing that she knows of that she did to harm either of them, with tears, and they both forgive her for the things she did. Marlena tells Hope that the most important person she needs to forgive is herself, and that forgiveness can be a very powerful thing! She says she will share that with Steve!