Days Of Our Lives Takeaways For Monday April 20 – Friday April 25: A Doppelgänger Appears In Salem – Victor Lies Unconscious After The Stabbing By Kristen 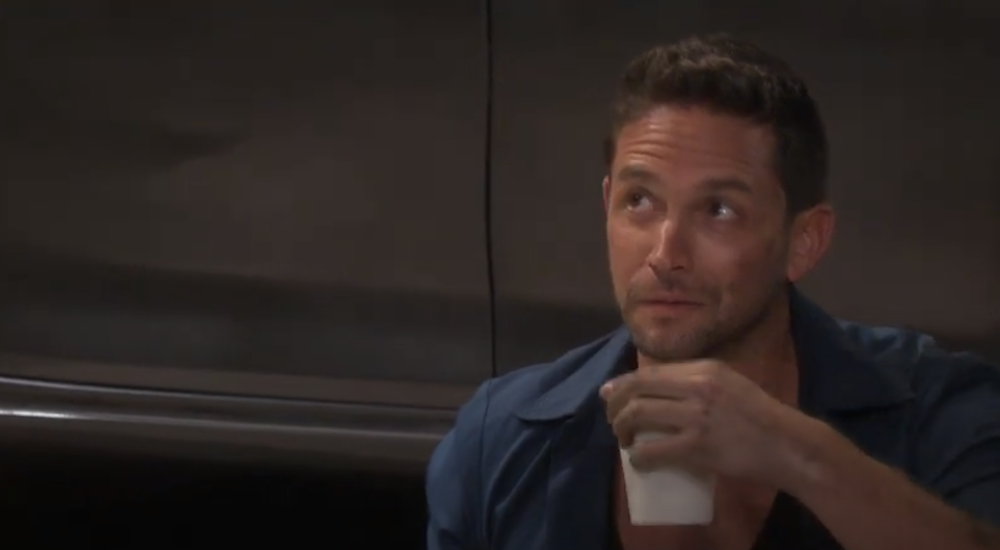 A doppelgänger appears in Salem as Ben Weston (Robert Scott Wilson) can’t get over Jake Lambert’s (Brandon Barash) resemblance to an old friend! Gabi Hernandez DiMera (Camila Banus) has seen his reflection in a store window in Horton Town Square, and thinks it’s her late husband Stefan DiMera (Brandon Barash)! She will talk about it to Will Horton (Chandler Massey) this week on Days of Our Lives. Later, Gabi will see him up closer in Horton Town Square and she’ll faint! Ciara Brady (Victoria Konefal) and Ben will celebrate his new job working for Jake at his garage by the end of the week.

The Search For Sarah Horton Continues

The search for Sarah Horton (Linsey Godfrey) and Rachel Black, (Josephine and Rosalind May) continues, as another player comes into the mix on the Parisian side; Sarah has been nervous enough about being found out when her downstairs nosy neighbor Jeanne Marie (Christine Kellogg-Darrin) mistakes her for Abigail DiMera (Kate Mansi) and she has to make up a cover story real quick! Now she will run into someone she never expected, and who she can’t fool – her ex-husband, Rex Brady (Kyle Lowder)! Sarah knows she has to leave Paris with the baby and flee again before Rex hears from someone back home that she’s run off with Kristen DiMera (Stacy Haiduk) and Brady Black’s (Eric Martsolf) baby! And just as she has feared, Rex does learn that she’s on the run!

Victor Kiriakis Lies Unconscious After The Stabbing By Kristen DiMera

Meanwhile, back at Salem, Victor Kiriakis (John Aniston) lies unconscious in Salem University Hospital most of the week while he recovers from the stab wound Kristen put in him in a fit of rage and revenge! Brady goes to extremes to protect Kristen, trying to cover up her crime but he is caught red-handed with the murder weapon and confesses to her crime! Ciara will hold vigil until her grandfather wakes up; and Kristen will be alarmed on Friday when she finds out he’s woken up! He was looking straight at her when she stabbed him!

Days of Our Lives Spoilers: Other Baby Drama Continues As Rafe Hernandez Continues To Fight For David Ridgeway

Other baby drama continues this week as Rafe Hernandez (Galen Gering) continues to fight to adopt David Ridgeway, (Caleb and Kyler Ends). Justin Kiriakis (Wally Kurth) will give him disheartening news, as he finds out Zoey Burge (Alyshia Ochse) has a good case as his paternal aunt for adopting him! Evan Frears aka Christian Maddox (Brock Kelly) will tell Zoey his secret, and John Black (Drake Hogestyn) will accept an offer from Zoey and Christian’s father, Orpheus aka Milo Harp (George Del Hoyo).

Abigail will continue to hallucinate, starting with a terrifying experience, possibly worse than when she hallucinated Ben coming at her with a necktie, but she and Chad will soon discover the reason for her hallucinations and Chad will accuse Gabi of drugging Abigail, which would be a logical conclusion after Gabi swore revenge when Chad took away her business and her home, and she taunted Abby about her past mental health problems with dissociative identity disorder!