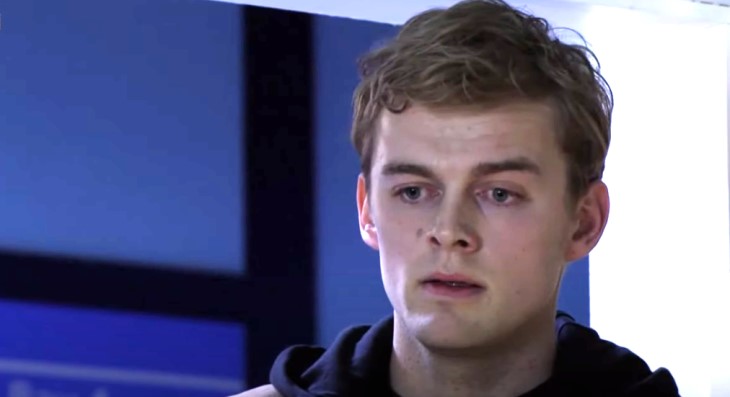 EastEnders star, Dayle Hudson, has recently offered his thoughts about Peter the possibility of Jacqueline Jossa’s character, Lauren Branning, returning to Walford. He shared his thoughts on how Peter would react upon hearing that Lauren was coming back to Walford. As viewers may know, Jacqueline has recently been thinking about coming back to the U.K soap. Jacqueline left the soap back in 2018, her character being written off by leaving Walford after her sister, Aby, was killed, and they had her funeral. With her, she took her and Peter’s son, Louie, with her.

Peter and Lauren had jetted off to New Zealand together. However, Peter came back in early this year, and it seems that things have ended between him and Lauren. In an interview with Digital Spy, Dayle spoke about Jacqueline’s recent comments about how she was considering coming back to EastEnders. In the interview, Dayle mentioned that he thought that it would be interesting if Peter’s love interest decided to return.

Dayle told Digital Spy, “I have no idea, but Lauren, for Peter, is the one that got away. It was his own fault, and I don’t think he regrets what happened in New Zealand, but he thinks about Lauren a lot. She is the mother of his child, and also Louie is over there with her. I think it would be a really interesting story if she came back, especially with Louie, as that would change how Peter acts towards his own family with his child present in his life.”

However, things would change a lot of Peter if Lauren and Louie were to come back. Dayle tells Digital Spy that he had been thinking about how the new dynamic would affect Peter’s new life. “I’ve been thinking about how it would be if Lauren and Louie came back, especially with where Peter is currently and how forcing the responsibility of his son onto him would change his actions. It would be very interesting to find out how Peter would take that.”

However, it would make for an interesting story as Peter is still tied to Lauren. “There is so much meat on that bone. We don’t know what happened in New Zealand – they’ve left it open, which is also really exciting.” However, Dayle would not only want for Lauren to return, but he also is interested in Peter’s stepmom, Jane, coming back to Walford.

“Peter and Jane’s relationship was wicked, and if she came back, it could be amazing. There is just so much to explore there – every problem, every issue, everything that’s been said and not been said, and also what it would do to Ian. It would be amazing.”