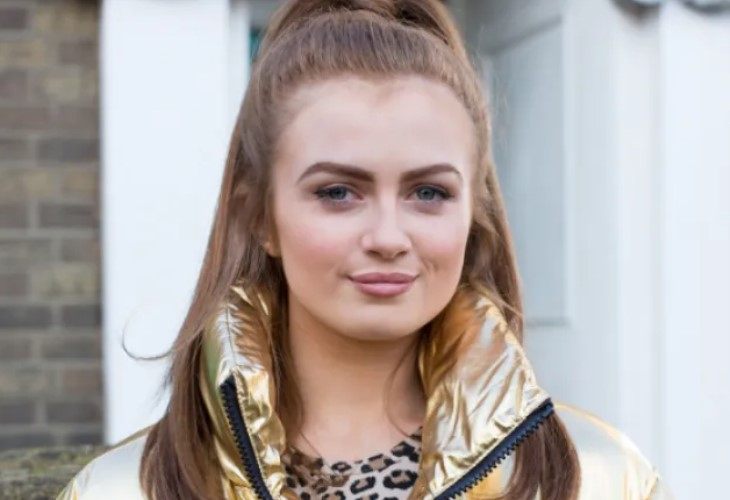 EastEnders spoilers suggest that Maisie Smith decided to find a way to raise money. She decided to raffle off a hand-painted rainbow canvas in order to raise money for the NHS. Actress, Maisie Smith plays Tiffany Butcher in soap opera, EastEnders. She told the Sun, ‘I’ve been getting into painting because everyone is a bit bored at the minute.’ She is referring to the fact that everyone is currently locked up in their homes due to the pandemic. This has led to others doing more things that they are interested in and trying to learn new things as well. Viewers may know that many soap stars are taking this opportunity to do things like dye their hair different colors or cutting their hair.

She goes on to say, ‘My dad came home recently and said he saw loads of rainbows in people’s windows for the NHS and I thought that was such a good idea. For people like my grandad, he can’t really go out and buy art supplies and things, so I’ve been painting canvases with rainbows and the NHS on them to give out to people. ’This gave her an idea of what she could do with to further help the NHS. ‘I thought if I could maybe raffle one of my hand-painted NHS rainbow canvases and personalizing it by signing the back, all the proceeds can go to the NHS.’

She has been in many storylines ever since she has come back to the show on a permanent basis in 2018. Currently, Maisie is in a storyline with Keegan Butcher-Baker (Zack Morris), who is being targeted by law enforcement. This has played a factor in their relationship as they are having trouble seeing eye to eye. This may lead to a breakup between the two if things get too bad.

As of right now, the show is on hold and there is no word on when the show will continue production. The soap is showing on Monday and Tuesday of each week until further notice. What are you doing during the current lockdown? Are you looking forward to any future storylines? Watch EastEnders from Monday and Friday at 8 pm and Tuesday and Thursday at 7.30 pm on BBC One to find out what happens next.