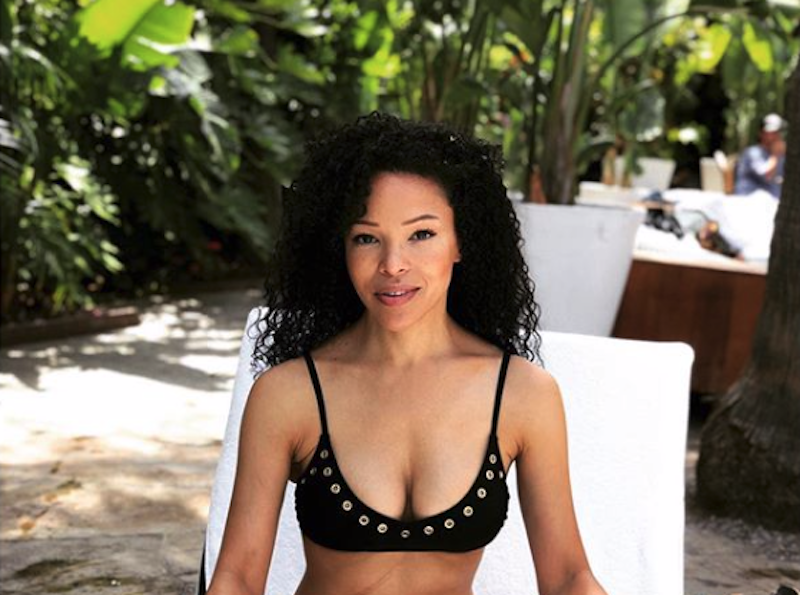 General Hospital spoilers reveal that Brooke Kerr is relishing her new role on the ABC sudser. She stars as Portia Robinson, and her entrance came with a whole lot of fireworks, drama and angst.

Thus far she has had her hands full with a rebellious teen daughter, Trina Robinson (Sydney Mikayla) and confronted the vicious death of her ex-husband Marcus Taggert (Real Andrews).

To say she stared off in Port Charles with a bang would be an understatement! What does Brooke think about her short but stunning tenure on sudser?

Speaking to Soap Opera Digest, Brooke says that the GH role came out of the blue. “I was like, ‘Yes, this is perfect!’”

“GH has such a good reputation,” she coninutes, “and working with eh cast and crew … I’m just really excited.”

Brooke adds that in her short time portraying Portia in Port Charles, she has had a terrific adventure.

General Hospital Spoilers: Alexis & Neil Meet Up, His License Revoked – He Is Furious, The End Of Couple? #GH #Generalhospital https://t.co/17pcpb9gah

Prior to coming to GH Brooke stared as Whitney Russell on Passions from 1999 to 2007. Brooke says that she was told she was being brought in to test because she was perfect for the role of GH’s newest doctor.

“A lot of my career I’ve played younger … so it was such a cool thing to be asked to play a fully realized adult.”

Portia is a definitely an adult, having gone to med school, raised a daughter and had an interstign love life. Shortly after her arrival she met up with Curtis Ashford (Donnell Turner) and it was disovered that the two had had an affair years prior.

This has led many GH fans to speculate that Curtis is Trina’s father. Still, when asked, Portia told Curtis that he is not Trina’s dad—we’ll see about that!

With May sweeps just around the corner, Portia may reveal a huge secret and disclose that Curtis is indeed Trina’s dad. This would be a huge blow to the teen as she holds the man responsible for her father’s untimely demise. And, if true it would rock Curtis’ marriage as well, no doubt.

Until then, fans will have to wait and see how the plot twists and turns. In the meantime Brooke is enjoying her new role and putting her all into the part.