General Hospital Spoilers: Carly Schemes Behind Willow’s Back – Josslyn Behind Her Mom 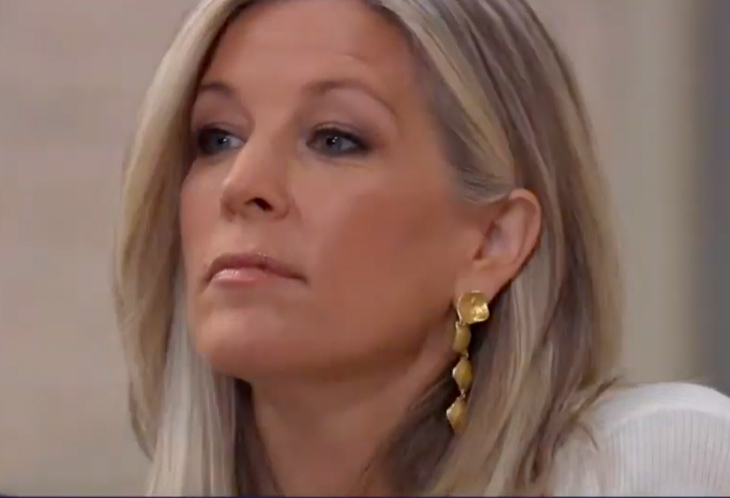 General Hospital (GH) spoilers suggest that Carly Corinthos (Laura Wright) and her daughter, Josslyn Jacks (Eden McCoy), both seem to view Willow Tait (Katelyn MacMullen) as though she were simply an object, a toy, a pet … certainly not another human being … with whom they can do as they please. Many GH fans agree that their behavior concerning Willow has been more than inconsiderate and arrogant in the extreme!

GH fans know that Willow wasn’t really even on Carly’s radar until Michael’s horrible lawyer, Diane Miller (Carolyn Hennesy) put her there. Once Carly began to believe that Michael’s chances in family court were only 50/50, it became her number one goal to ensure that Michael won against the devious Nelle Benson (Chloe Lanier). (Of course, one could argue that Carly is just as devious as Nelle.)

In any case, Carly heard Diane say that if Michael married Willow his chances would go up and so ensuring that Willow said “yes when Michael asked her to marry him became one of Carly’s obsessions.

Viewers know that Carly didn’t care that Willow was already in a relationship with Harrison Chase (Josh Swickard). No, Carly didn’t care one bit. In fact, Carly swooped in like some kind of creepy vulture and overheard Sasha Gilmore (Sofia Mattsson) plotting to push Willow into Michael’s arms. Instead of being a good mom and suggesting that Sasha simply ought to support whatever decision Michael chose to make on his own, Carly pulled Sasha aside and congratulated her on being a sneaky little witch.

Of course, they should manipulate Michael and Willow! Don’t ask Willow how she feels about a marriage to a man she isn’t in love with. Willow’s feelings don’t matter. Like arranged marriages in ages gone by, Willow isn’t really a human. No, Willow is property to be used to ensure Michael’s happiness!
So much for feminism and women sticking up for women!

General Hospital Spoilers – Josslyn Is Okay With Using Willow Too

The truth is, maybe it’s just the entire Corinthos clan. Maybe every Corinthos in Port Charles is just used to getting his or her way no matter what and no matter who gets used and abused to make that happen. After all, the Corinthos’s are one of Port Charles’s royal families. (Okay, so a bit underworldy perhaps, but they’ve still got some prestige and the Corinthos’s still live in their own gilded mansions ….)

In any case, Josslyn seems to have taken a page from her mom. GH viewers might recall a conversation that Josslyn had with Michael in the halls of General Hospital. Michael let her know that Diane thought he needed to marry Willow in order to make his image bright and shiny in front of the family court judge. Josslyn didn’t even blink. She was all like, “Yeah, I can see that. Wiley loves Willow.” There was no concern for Willow’s thoughts or feelings there. Just, what did Michael think, and how would Wiley feel about it?

GH fans might agree that while Josslyn told Michael that she and her mom were simply scrappy types who think on their feet and react from the gut … the truth is, they’re just manipulative, mean people. Like Nelle Benson, both Carly and Josslyn have mastered the art of deception. They seem like respectable and sincere people (and maybe Josslyn would be that way if it weren’t for her mother’s influence) but let’s all be honest here.

The bottom line is that neither Carly nor Josslyn care one whit about Willow except for how she might be used to accomplish their ends.