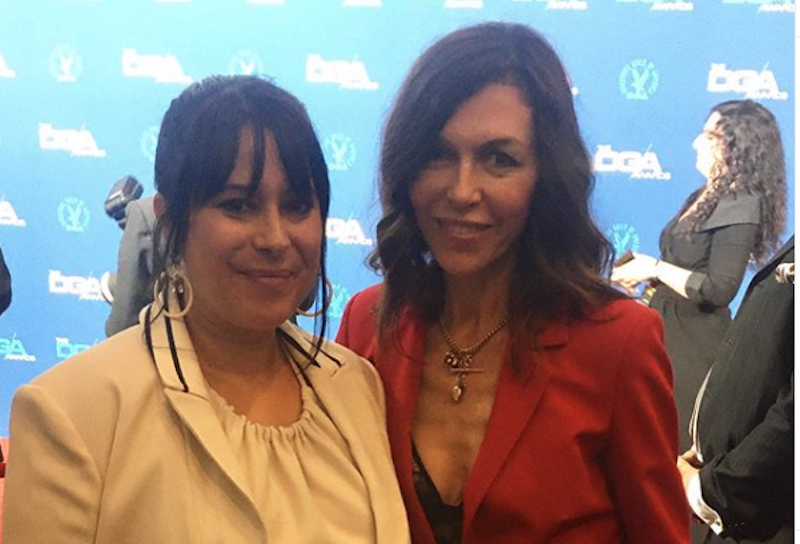 General Hospital spoilers tease that Finola Hughes (Anna Devane) has a favorite cast member and she’s not afraid to name names! Could it be Michael Easton who plays her love interest Hamilton Finn? No. Is it Tristan Rogers who plays her ex, Robert Scorpio? Nope.

How about Roxy, Finn’s infamous lizard? Negatory. None of those even comes close to getting half the adoration that Finola’s fave co-star does.

Who could it be? It’s someone who is relatively new to the cast, and much, much, younger than most of her co-stars. Think you know who it is?

If you guessed Jophielle Love, pat yourself on the back! This little lady has charmed Finola and the cast and crew of GH and Finola recently talked about her admiration for her pint-sized star in an interview with Soap Opera Digest.

How did she get to be such a super star in Finola’s eyes? According to Finola, Jophielle’s parents are French and she, “says the most extraordinary things … she’s uniquely chic.”

Finola continued, “Oh my God. I can’t with her … you have no idea. To be near that child is to live! I mean she is everything.”

Wow, Finola isn’t kidding when she says that Jophielle is special. According to Finola even Frank Valentini, GH executive producer, is entranced by the little girl, being rendered speechless by her when he arrives on set.

Finola has worked with other child actors in the past, most notably Kimberly McCullough who plays her daughter Robin Scorpio Drake and still appears from time to time. Robin grew up on camera, first appearing as a little girl and viewers had the delight of watching her grow and change through the years. Robin has a family of her own now and is living off camera. In real life Kimberly is pursuing a career as a director.

Finola says that having Jophielle on set reminds her of working with Kimberly all those years ago. “It is like having Kimberly McCullough on set when she was a little girl because we had the same thing with her. She was just as extraordinary.”

Jophielle has some big shoes to fill but it sounds like she is definitely up to the task!