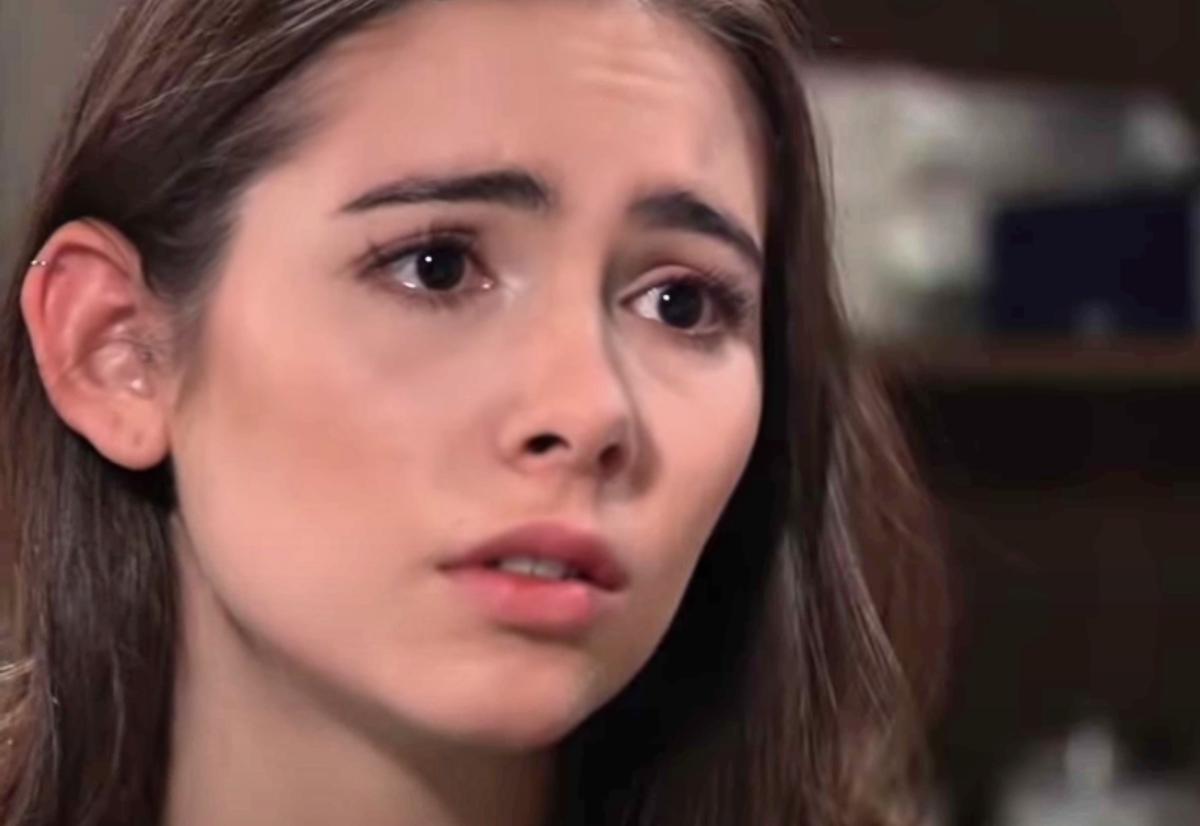 General Hospital spoilers tease that in this week’s Sneak Peek, “Molly Feels Guilty About Sleeping With Brando”, their conversation outside Charlie’s Pub isn’t quite as private as they think – even though Brando Corbin (Johnny Wactor) promises Molly Lansing-Davis (Haley Pullos) that he won’t tell anyone about their secret one night stand, Sam McCall (Kelly Monaco) may have overheard part of their conversation or read their lips in an upcoming episode of GH!

General Hospital viewers will recall from Friday’s episode that Brando had met Sam McCall (Kelly Monaco) and Kristina Corinthos-Davis (Lexi Ainsworth) in Charlie’s Pub, where Kristina had recognized his name and introduced him to Sam, after Kristina recognized that Brando and she are cousins through her father, Sonny Corinthos (Maurice Benard).

The promo picks up where that scene leaves off, as he is incredulous and asks Molly, “Sam and Kristina are your sisters?” A panicked Molly tells him “Half-sisters. Same mom, different dads. Enough about my family tree – did you tell them that we slept together?” Brando says, “NO! I-I-I may have my faults, but I don’t blab about my private life!” Molly says, “Okay. I’m sorry I snapped at you. This is just –“ Then, Brando chimes in, and says “Awkward”. Molly then continues, and says “A little bit!”

Brando then asks Molly how her boyfriend, TJ Ashford (Tajh Bellow) is. Molly tells him TJ is better – then continues, “God, the whole time I thought he dumped me, he had been abducted! He was tied up in a basement!” Brando tells her he’s sorry, and asks if they (the police) know how or why. Molly tells him no, that the police are still investigating, but at least TJ is back now. Brando says, “Yeah, you must be relieved.” Molly tells him “Relieved – terrified – remorseful – I love TJ so much, and I – I – should’ve believed in him.

Not that this is your fault, I mean, I completely misrepresented myself and my situation.” Brando says “Yeah-it’s okay, Molly, what happens between us stays between us.” Brando is being completely understanding, but in reality, Molly had no way of knowing that TJ hadn’t dumped her – his own mother, Police Commissioner Jordan Ashford (Briana Nicole Henry), in desperation to keep Molly and Sam from searching for TJ and getting him killed while he was held hostage by Cyrus Renault’s (Jeff Kober) thugs, had told her that he wasn’t coming back and that she drove him away with her rejection of his marriage proposal!

Then Sam comes out the doors of Charlie’s Pub where a shocked Molly and Brando hear her say, “Hey, I saw you through the window – do you two know each other?!” Both Brando and Molly look very nervous, not sure how much she may have heard of their conversation or if she could have read their lips! The last thing they need is Molly’s sisters getting their one night slip of judgment back to Sonny Corinthos (Maurice Benard) since Brando quickly deduced that since Kristina who he knows is Sonny’s daughter is Molly’s half-sister, then Sonny is Molly’s uncle, and Molly doesn’t need Sam getting it back to TJ either!