The Bold and The Beautiful Spoilers: Sally Keeps Flo Prisoner and Gets Away with It – Marries Wyatt? 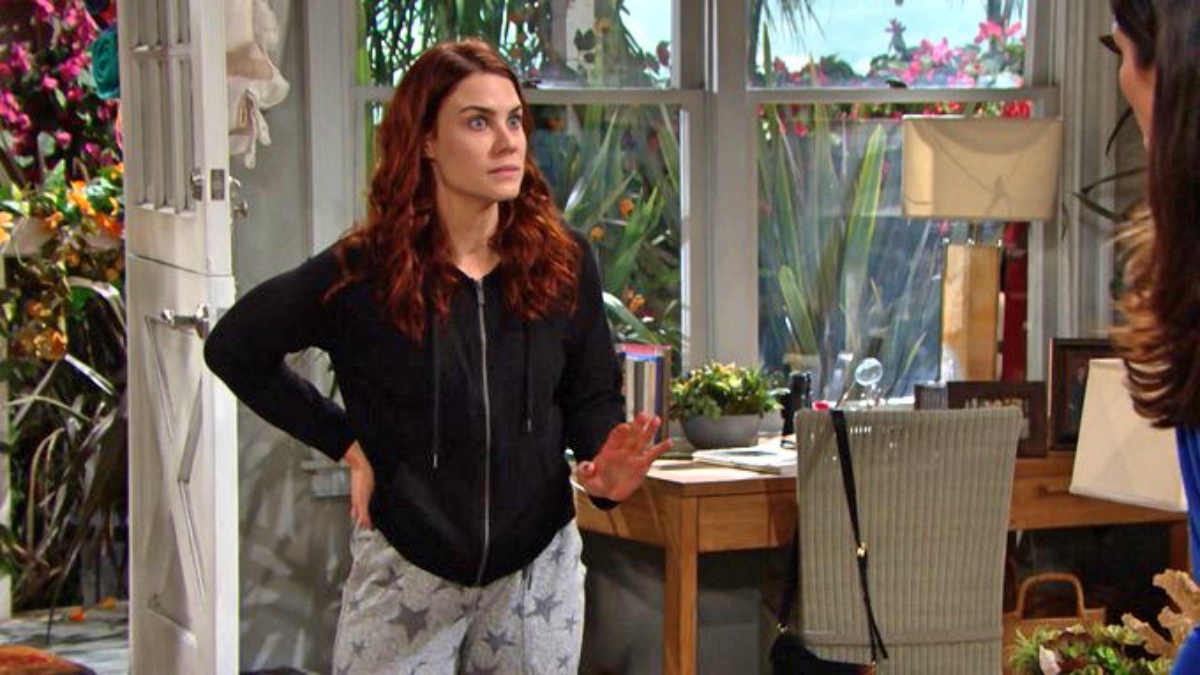 Unsuspecting friends and colleagues have rallied around a “dying” Sally Spectra (Courtney Hope), marveling at her spirit and calling her a fighter. But will Sally be able to fight her way out of her latest predicament?

Sally has gotten away with despicable things. When she first hit Los Angeles, she stole designs from Forrester Creations and put them into production as the work of Spectra. She escaped a 15-year prison sentence for grand larceny and industrial sabotage after Thomas Forrester testified at her preliminary hearing.

B&B Spoilers: Will Sally Be Able To Fight Her Way Out Of Her Latest Predicament?

But can Sally scheme her way out of her latest crimes—fraud and kidnapping? First, she coerced her friend, Dr. Penny Escobar (Monica Ruiz) to lie that she was dying in exchange for helping the doctor make a career as a fashion designer. The scheme led to Sally getting her own fashions included in the Forrester Creations couture line after Ridge (Thorsten Kaye) and Steffy Forrester (Jacqueline MacInnes Wood) found out about her death sentence and took pity on her.

Sally’s evil plan derailed when Flo Fulton (Katrina Bowden) discovered that Sally’s only illness is stress. Flo threatened the blow the lid off the lie. Dr. Escobar, panicking that she could lose her medical license, knocked Flo out cold with a candlestick.

Sally’s crimes escalated to kidnapping when she and Penny dragged Flo’s body to the doctor’s car. If Flo dies, Sally could be charged with aiding and abetting a murder. Fans are wondering how Sally plans to get away with it. She can’t keep Flo silent forever. Once Flo escapes or dies in captivity, Wyatt will learn the truth and Sally will be arrested.

The Bold and the Beautiful Spoilers: Bill Spencer Loves Katie – But He Lusts After Brooke, Can't Keep Away! #bb #BoldandBeautiful https://t.co/E038tgeulk

Bold And The Beautiful Spoilers: Sally Doesn’t Appear To Have The Killer Instinct For Anything But Fashion

Could Sally kill Flo? Sally doesn’t appear to have the killer instinct for anything but fashion, so it’s unlikely that she’ll off her rival. When Dr. Escobar knocked Flo out, Sally prayed that Flo wouldn’t die. So, Sally won’t murder Flo. However, Dr. Escobar is a wild card. She’s already shown that she’ll fight when backed into a corner. Flo’s chances of survival are good if Sally can keep Dr. Escobar in check.

It seems that Sally’s only hope is to sink her claws deeper into Wyatt before Flo can expose her lies. When Wyatt goes on the hunt for Flo, Sally will be forced to lie about her whereabouts. In order to make Wyatt fall for her, Sally has to make Flo look like the bad guy. She’ll fib that Flo skipped town and abandoned Wyatt for taking care of a dying Sally. This should placate Wyatt for a while until Sally can put the moves on him.

Sally’s endgame: marriage and a baby carriage. If Sally ends up pregnant, Wyatt will have no choice but to marry her. When Flo escapes her captors and Wyatt finally learns the truth, Wyatt won’t be able to send his wife to prison with a baby on board. The redhead will rise from the ashes and have a permanent connection to the man she loves.

Connie Kuykendall is an attorney, CurledCrusader on social media, and author of the Southern romantic comedies, Love Ain’t No Soap Opera and Love Ain’t No Reality Show.