The Young and the Restless: A Comatose Victoria Is An Easy Victoria To Play For Amelia Heinle 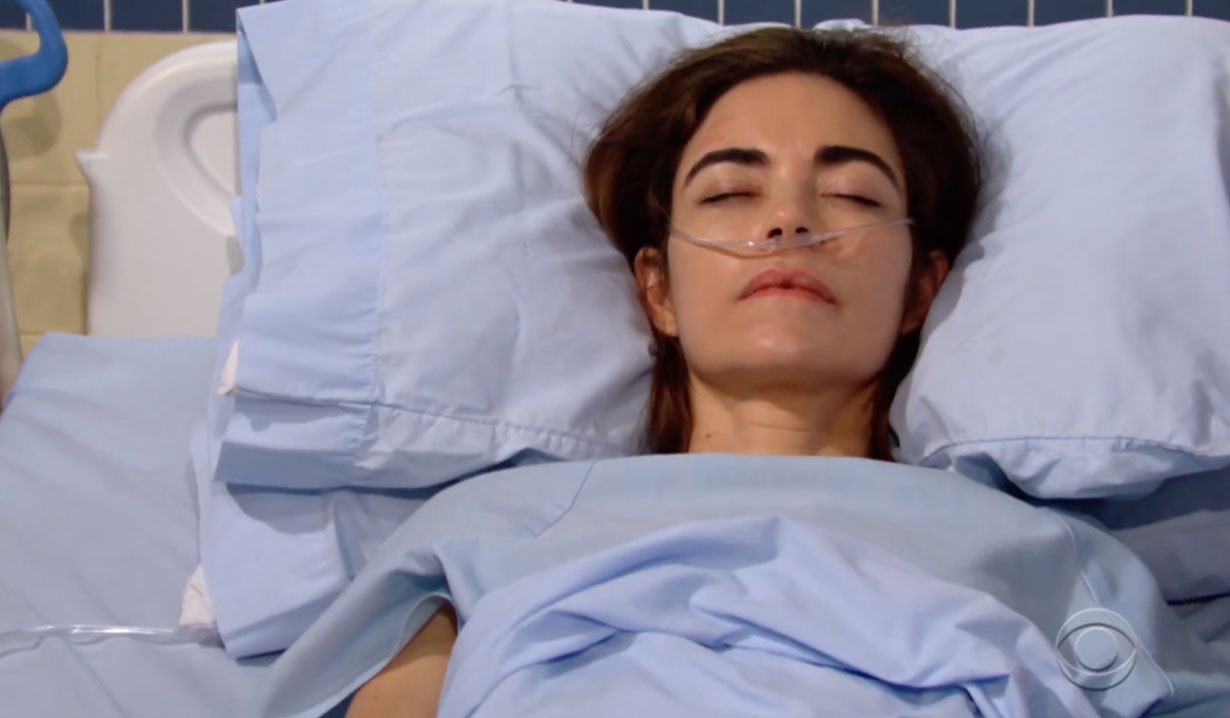 The Young and the Restless star Amelia Heinle says that playing a comatose Victoria Newman is actually playing an easy Victoria Newman. While being forced to lie still might be hard for some actors out there, it’s something that Amelia actually looks forward to doing. Here’s what she has to say.

Speaking to Soaps in Depth in a new interview, actress Amelia Heinle, who plays Victoria Newman on the hit CBS soap, says that while some actors think that it’s hard to play a coma victim, it’s a piece of cake for her.

The beautiful brunette tells the publication, “You get to come to work, put on pajamas, and you don’t have to do your hair and makeup, you just get into bed! You just lay there, and then you go home. That’s your day.”

While that certainly sounds like a dream job for a lot of actors, Amelia has already done this twice, seeing how Victoria Newman has been in not just one, but two comas. The actress recalls, “The first time was when Victoria was hit by a rock in Clear Springs. I was pregnant at the time, and about to have the baby. I think that goes down in show history as the longest coma. Melody Thomas Scott was crying over me every day, and said, “I’ve been in a lot of comas, but you’ve had the longest!”

Amelia added that it’s actually very exciting to be in a coma, as long as you are not going to die. Thankfully, Victoria Newman was only in a coma for just one day the second time around. Seeing how she’s had this much bad luck so far, here’s hoping that she doesn’t have any more accidents in the future. At least, that’s what our hope is! Of course, The Young and the Restless fans will have to continue tuning in each and every day to find out what will happen next.