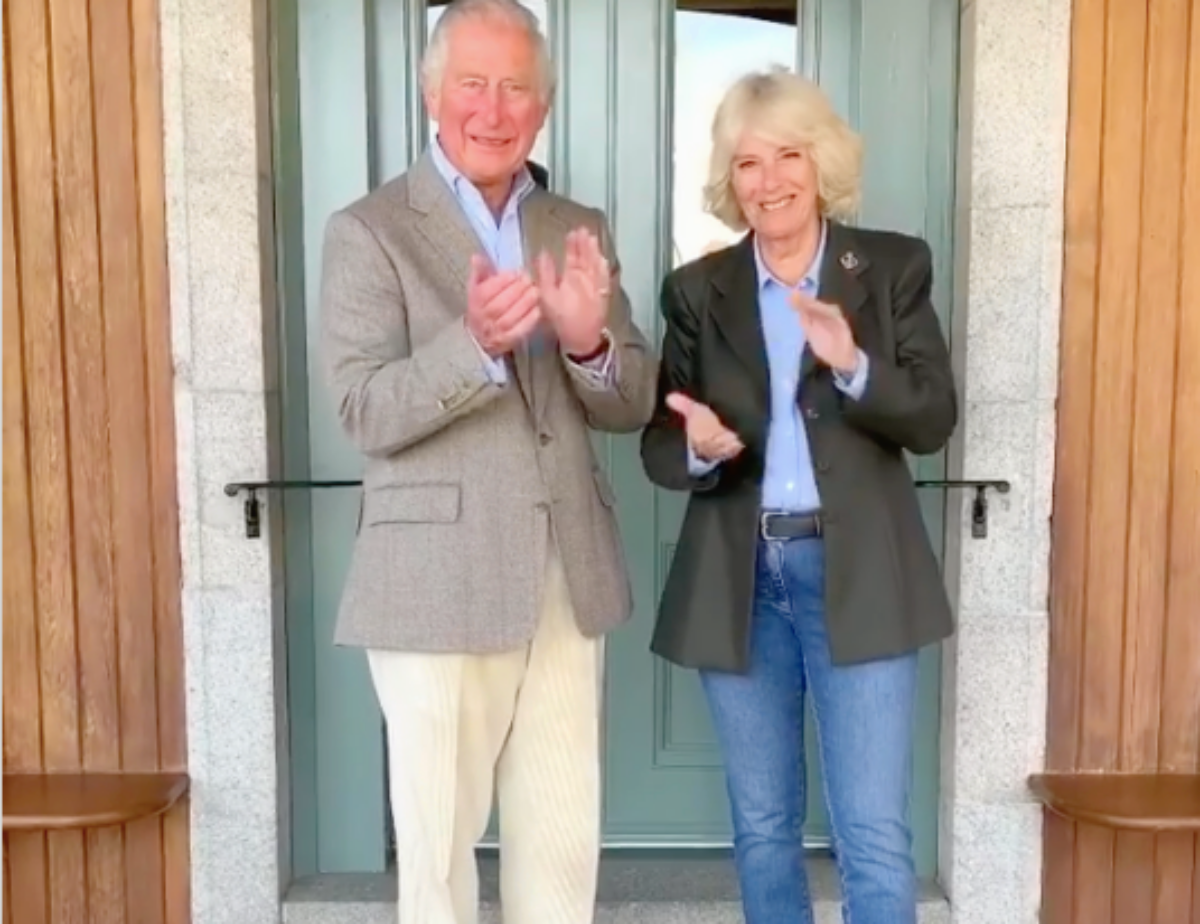 While members of the British royal family like Kate Middleton and Meghan Markle usually get the most attention for their stylish looks, it seems as though there’s a new contender for the most fashionable British royal out there. Prince Charles’ wife Camilla Parker-Bowles recently won rave reviews for the stylish skinny jeans and blazer she wore during the ‘Clap for our Carers’ movement that took place throughout Great Britain on Thursday evening. In fact, many fahsionistas agree that this might be Camilla’s best look yet. Here’s what you need to know.

Standing outside the couple’s private estate, both Prince Charles and Camilla Parker-Bowles participated by clapping for all of Britain’s NHS workers who have been on the frontline of the coronavirus pandemic. And while many agree that it was great to see the Future King of England and Queen Consort showing their support for the thousands of doctors and nurses who are doing their part to help stop the spread of the virus, many royal fans couldn’t help but comment on Camilla’s very casual but chic look.

“Camilla looks magnificent in those jeans. Way to sport them girl,” one fan wrote, with another adding: “Camilla rocking those jeans though! Covid-casual.” A further posted a heart-eyes emoji and commented: “Camilla looks great in jeans!!!”

This isn’t the first time that Camilla has shown royal fans a different side to her closet. She and Prince Charles have been isolating at their home of Birkhall in Scotland and apparently, Camilla has many interesting and laid-back looks that fans haven’t seen before. Earlier in the month Camilla managed to garner rave reviews from stylists on both sides of the pond for her chic velvet trousers.

Here’s Why Princess Diana Was Determined Not To Let Queen Elizabeth Down https://t.co/JdbsDcwjEL pic.twitter.com/MPKwQL0cLS

She also looked ready for the springtime weather in a pastel pink dress in a picture that was shared from her home office. But it’s Camilla’s trouser and skinny jeans look that fans are loving the most and are hoping to see much more of in the future, too.

In the meantime, let us know what you think. Also, don’t forget to check back right here for all of the latest news and updates on Queen Elizabeth and the rest of the British royal family.