Days Of Our Lives Spoilers: Kristen On A Rampage, Goes After Sarah? 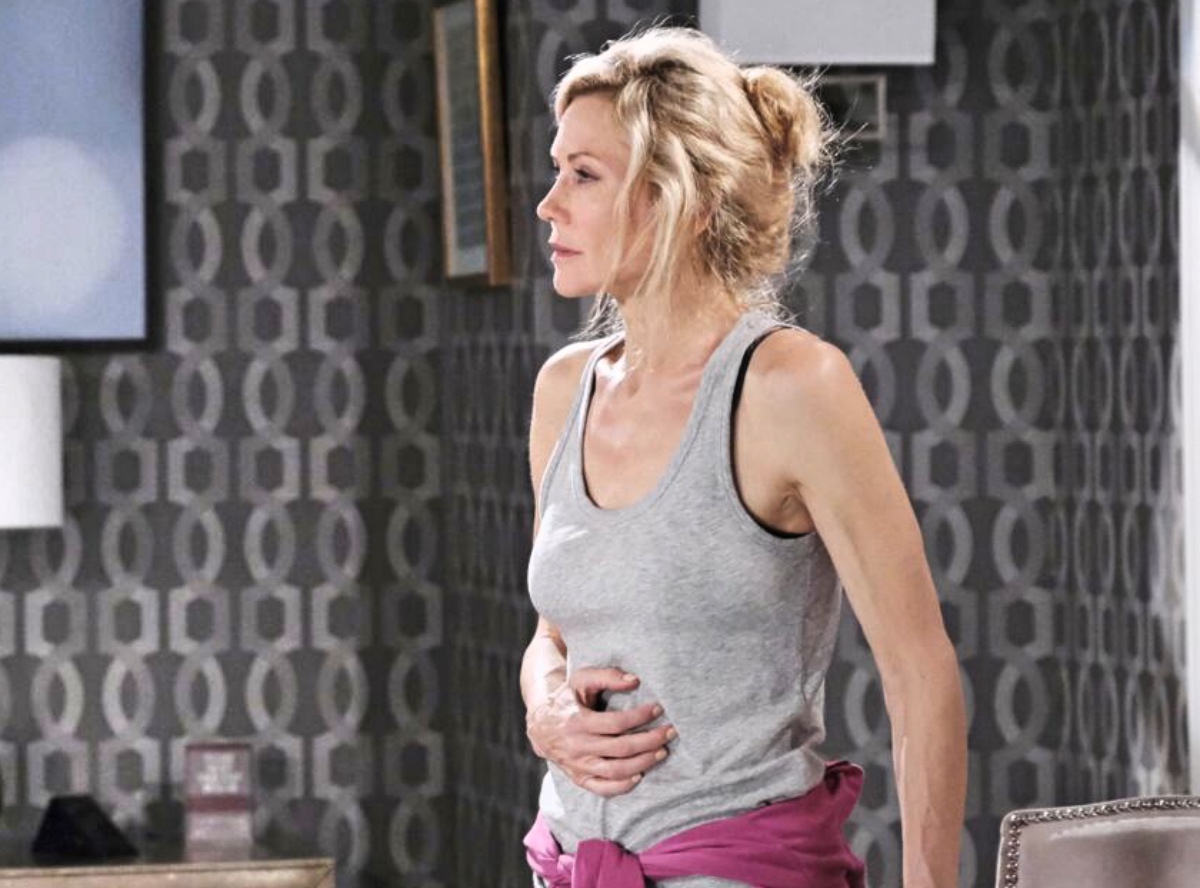 Days of Our Lives (DOOL) spoilers tease that Kristen DiMera (Stacey Haiduk) has suffered a bit of a backslide in her road to redemption. When Kristen realized that Victor Kiriakis (John Aniston) was responsible for the baby swap that left Kristen believing that her baby daughter was dead, Kristen played judge, jury and executioner and stabbed Victor. It remains to be seen if Victor will recover.

But Kristen seems to have no remorse about her actions, so how will she react when she finally comes face to face with Dr. Sarah Horton (Linsey Godfrey)?

Sarah has been raising Rachel Black as her own daughter because of the baby swap. When she discovered that her own child had died, Sarah was distraught. She took off with the baby, and is currently holed up in Paris in Chad DiMera (Billy Flynn) and Abigail Dimera’s (Kate Mansi) old apartment. But as some point, cooler heads will prevail and Sarah will agree to give Rachel back to Kristen and Brady Black (Eric Martsolf). But will Kristen try to harm Sarah for her actions?

As viewers will remember, Sarah treated Kristen with nothing but kindness with Kristen believed her child was dead. She even suggested that Kristen volunteer holding babies at University Hospital.

And although that didn’t work out very well, it doesn’t change the fact that Sarah showed Kristen nothing but kindness. Now that the shoe is on the other foot, can Kristen put aside her anger and show Sarah the same kindness?

Days of Our Lives Spoilers: Kristen DiMera Has Come A Long Way!

Kristen has changed a lot since finding out her baby “died”. And although she did accidentally cause the death of Nurse Haley Chin (Thia Megia), Kristen soon fled Salem where she joined a convent. Since her return, we’ve seen a softer side of Kristen. She even helped John Black (Drake Hogestyn) and Marlena Evans (Deidre Hall) when Steve Johnson (Stephan Nichols) believed himself to be Stefano DiMera (the late Joe Mascolo).

But stabbing Victor is quite a step backward. Victor certainly deserves to be punished for what he did to Brady and Kristen, but it’s not Kristen’s place to make that happen.

Once Sarah returns Rachel Black to Brady and Kristen, it seems likely that Kristen’s anger and rage will get the better of her once again. Will she stab Sarah the way she did Victor? Or will she remember the kindness that Sarah once showed her. Anything can happen in Salem, so stay tuned to Days of Our Lives airing weekdays on NBC. And don’t forget to check back here regularly for all your Days of Our Lives news, information and spoilers!