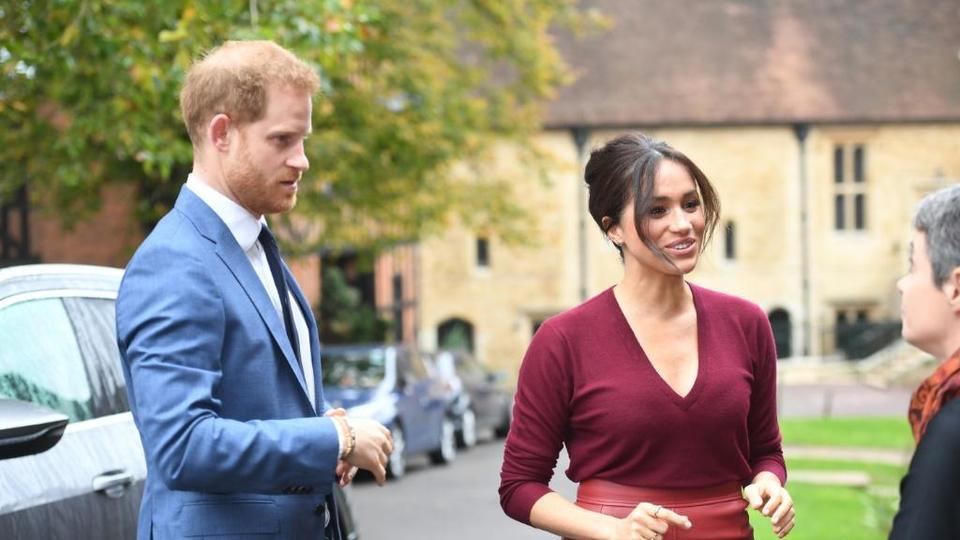 Prince Harry and Meghan Markle shocked the entire world when they announced their decision to step down as senior royals. Royal fans were especially shocked to learn that the couple would be stepping down as senior members of the royal family. Some thought that Meghan was finally fitting into her new role. But a new report suggests that Meghan had a hard time following the strict rules and felt that it was preventing her from being herself.

Ever since Prince Harry was a little boy, he didn’t like being in the spotlight. He was always expected to be on his best behavior, which caused him to rebel in his teen years. Harry’s older brother, Prince William, didn’t have a problem with being a perfect royal. When Harry was a teenager, he made headlines and was called the “wild royal” when he was caught partying nude in Las Vegas, smoking marijuana, and drinking alcohol.

While Meghan was not as controversial as Harry, she still broke a few rules since becoming the Duchess of Sussex. Some of those roles she broke are not such a big deal to people. For example, Meghan is known to wear dark colored nail polish and open-toed shoes. And she prefers to wear pants instead of a dress or skirt.

There have been numerous reasons why the Duke and Duchess of Sussex decided to leave their senior royal responsibilities. Many believe that Meghan is the one behind the decision. According to Express, royal writer, Ashley Pearson, the royal lifestyle wasn’t all that it was cracked up to be.

“She had no idea how un-glamorous it really is to be a royal and, when she found out she would be a civil servant with a tiara, she was like, ‘No way,'” Pearson claimed.

Meghan was into politics when she first dated Harry. Most royal experts believe she didn’t like that she was no longer allowed to voice her political opinions. She wanted to get back to her old lifestyle in Los Angeles. According to BBC correspondent, Jonny Diamond, Meghan didn’t like becoming “a voiceless figurehead” and Harry agreed with her.

While Meghan and Harry didn’t address the reason why they left the royal family, Harry admitted the pressure of being a royal was too much. He felt that their decision not only benefited him and his wife but their son, Archie.