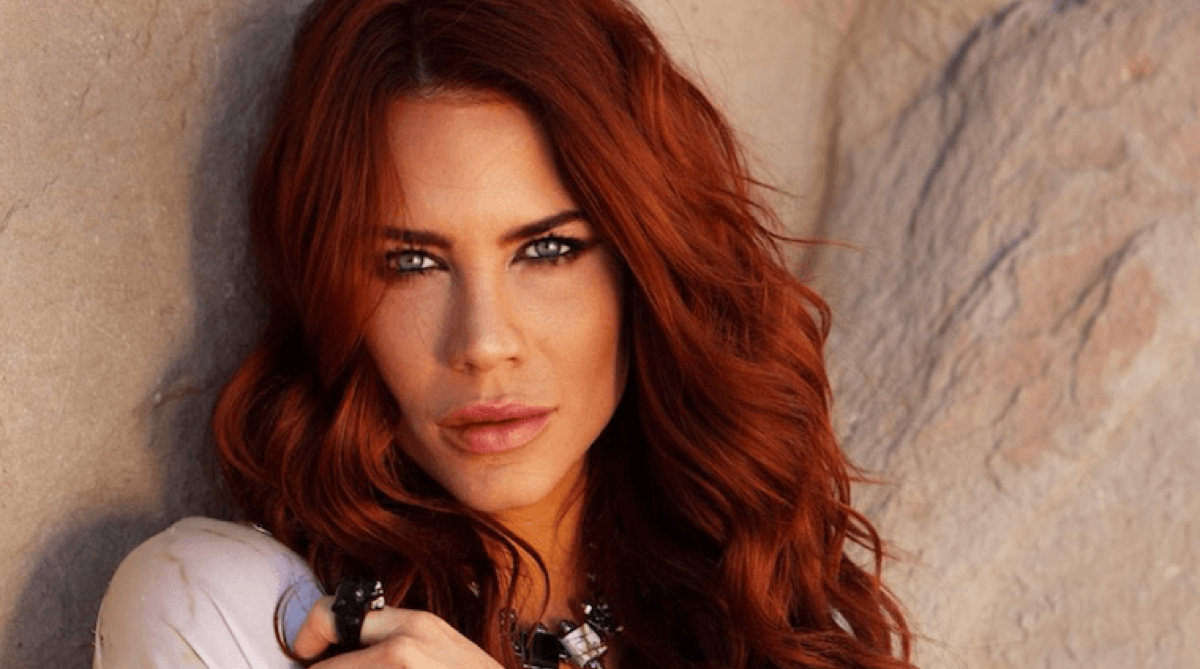 The Bold and the Beautiful spoilers reveal that Sally Spectra (Courtney Hope) has landed herself in a bit of a pickle. It is all thanks to Dr. Penny Escobar’s (Monica Ruiz) candlestick clobbering. During a recent interview, Hope reasoned that in Sally’s mind, she is protecting Wyatt Spencer (Darin Brooks) from Flo Fulton (Katrina Bowden).

B&B spoilers reveal that Sally is a woman on a mission. What started out as just getting Wyatt’s love again has turned into several other missions, though. Now she wants to win against Flo and protect the man she loves. She truly believes that Flo is evil and will not enrich Wyatt’s life, but hurt him in the end.

The Bold and The Beautiful Spoilers: Flo Wakes Up with Amnesia – Sally And Penny’s Secret Safe, But For How Long?

Speaking to Soaps.com, Hope explained that Sally truly despises Flo. However, she also never expected things to snowball the way they have. She also isn’t thinking clearly and just ran with the first idea that popped into her head. That is the scheme that fans are seeing her act out right now… pretending to be dying from a deadly disease.

The Bold and the Beautiful spoilers reveal that one of Sally’s goals is to protect Wyatt from Flo. She doesn’t think that there is anything good that can come from the relationship. She told the publication,

“She’s not doing this to hurt Wyatt — in her eyes, she’s trying to save him from this manipulative woman; she knows in her heart that she would love Wyatt harder and better than Flo ever would.”

The Bold And The Beautiful Spoilers: Katrina Bowden Needs Your Supporthttps://t.co/2ADekBADyu

The Bold and the Beautiful Spoilers: Saving Wyatt Spencer

As for fans wondering if Sally would resort to murder, that is unlikely. Hope said that while this is extreme for Sally, she is not a malicious person in her heart. She would never intentionally harm another human being. Which makes sense, considering the horrified look on Sally’s face after Penny’s clobbered Flo with the candlestick.

However, Sally’s going to have to do some quick thinking because Flo will eventually wake up. How will she stop Flo from telling Wyatt everything? How does she rein in Penny, who bounces from wanting out of the scheme to assaulting another human being? Can she come up with a way to do damage control or is the jig up for Sally? We will have to wait and see what happens when new episodes finally return to CBS.