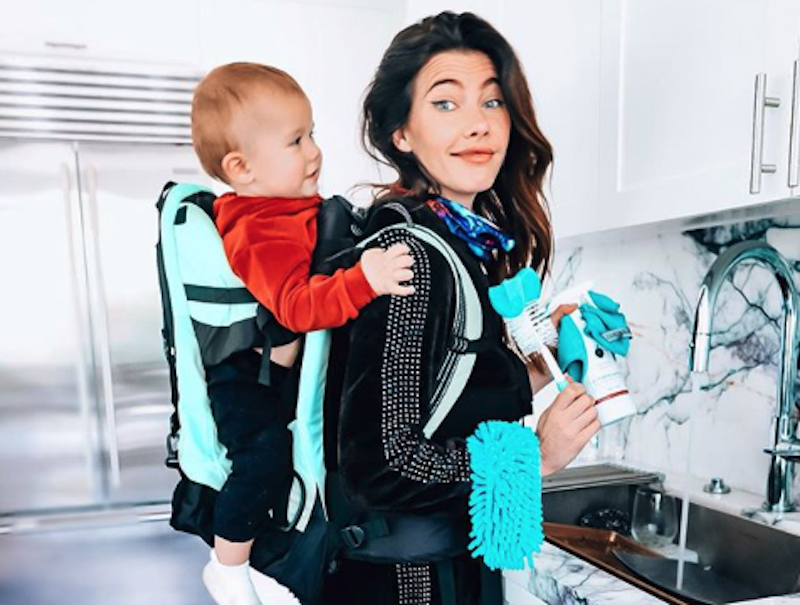 The Bold and the Beautiful star Jacqueline MacInnes Wood admits that she has a little ‘soldier boy’ at home. According to the actress, who is best known for her role as Steffy Forrester on the hit CBS soap, her son Rise might turn into a Navy SEAL one day. Here’s what she has to say.

Jacqueline says the reason why she and her husband Elan Ruspoli have decided to nickname their son ‘Soldier Boy’ is because his default mode is speed-crawling like a Navy SEAL around the house! And even though he’s just a year old, he can already say a handful of words and likes to throw balls all around the house. In fact, the couple recently found a fun way to help the tot practice his passes.

The actress told Soaps in Depth in a new interview, “We have a big shower, so we all sit on the shower floor and Rise brings in his balls for toss time. The problem is when he tries to push open the door to let our Dog, J’aime, in.”

What’s more, the little cutie also loves to climb all over his famous mother whenever she’s trying to get in one of her at-home workouts. It might not be easy but the end result is always fun and entertaining. At least for little Rise!

The Bold and the Beautiful Spoilers: Bill Spencer Loves Katie – But He Lusts After Brooke, Can't Keep Away! #bb #BoldandBeautiful https://t.co/E038tgeulk

The Bold and the Beautiful Star: Fun At Home With Rise By Her Side

Jacqueline added, “He thinks it’s hysterical to interrupt and climb all over me. So now he does plans with me and has become my new weight machine.”

With that said, it’s without a doubt that Jacqueline MacInnes Wood will continue to share all of her highlights from motherhood and her home life on her social media account for her fans. Many would agree that it is a lot of fun to watch Rise grow up, especially with such a fun, loving and caring mother like Jacqueline!