Days Of Our Lives Spoilers: Li Shin Dark Agenda – Has Something Bad Planned For Abby 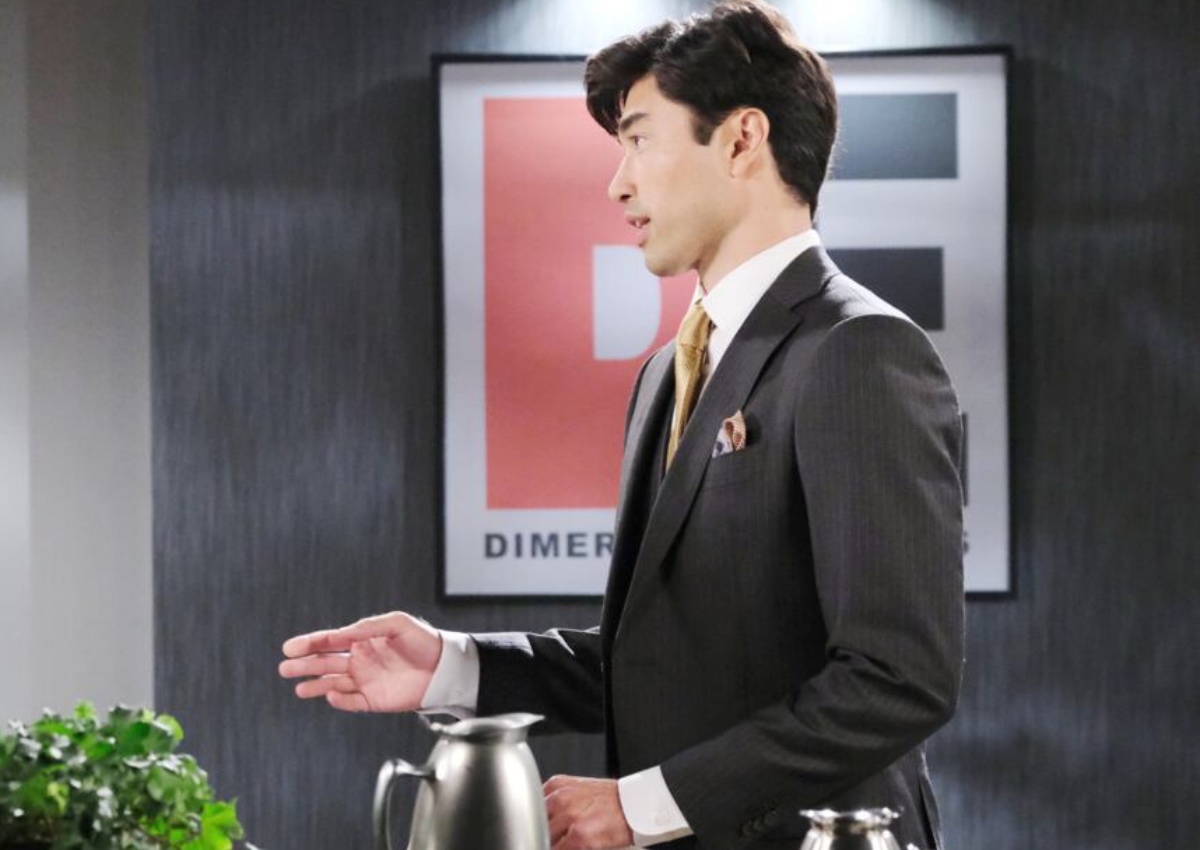 Days of our Lives spoilers reveal that Li Shin (Remington Hoffman) is the new titan in town, but his real agenda may be darker than anyone could imagine.

DOOL fans first saw the character in the NBC digital series Chad and Abby in Paris. If you didn’t catch that series, Li is the son of Mr. Shin (Michael Hagiwara) who has been seen sporadically over the years in Salem, usually throwing his weight around in an outraged fit over the latest DiMera scandal.

Mr. Shin is a board member for DiMera Enterprises and most of the time the mere mention of his name comes with sighs of chagrin and dismay. Mr. Shin yields a lot of power and the DiMera’s are either always trying to outmaneuver him or avoid him.

There’s no reason to think that his son will be any less powerful and fierce.

Days of Our Lives Spoilers: Brady Goes To Extremes To Protect Kristen And Takes The Rap

He was there to deliver a decision about the DiMera CEO position and at the same time took the opportunity to fire a disgraced but outraged Gabi.

Days Of Our Lives Spoilers – Does Li Shin Have Something Planned For Abigail Dimera?

His appearance comes at the same time tension is building for Chad and Abigail. For off, they see Kristin DiMera (Stacy Haiduk) differently. Chad’s sister has a horrible, sordid past but is now a mom. Will she make a good one? This isn’t something the couple agree upon.

And for good reason-Kristin is back to her old self, stabbing those she dislikes!

Days of Our Lives Spoilers: Kristen Freaks When Victor Wakes Up – Will He Expose Attempted Murderer? https://t.co/OKC4BCZRgu pic.twitter.com/XU4hfLjELx

Abigail is also having some strange, unexplained things happen to her, like hallucination-strange.

Days Of Our Lives Spoilers – What’s Next For Li Shin In Salem?

Abi has had struggles in the past, but this time around there is even more cause for concern. She has been stable for a long period, so any regression on her part is not good.

Could Li Shin have something to do with Abi’s visions? Many fans think that Gabi is behind the oddness, but that remains to be seen.

Whether or not he is behind Abi’s state of mind, it’s entirely plausible that Li Shin might wish to take advantage of her plight in order to benefit himself.