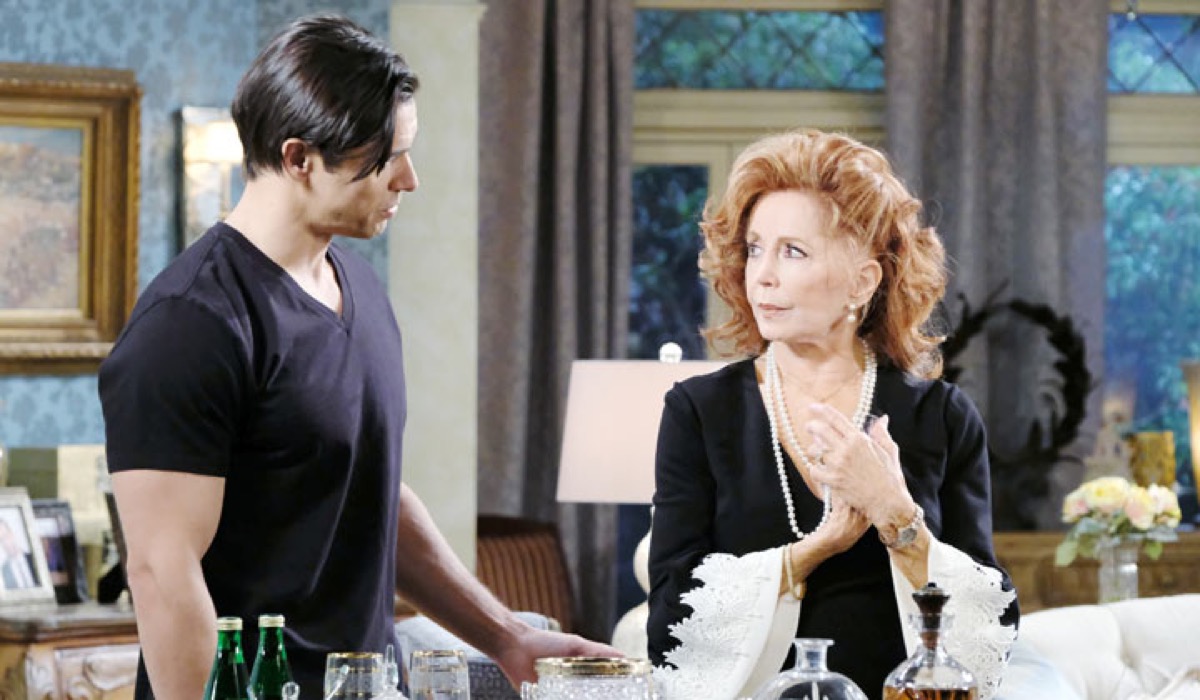 Days of Our Lives spoilers reveal that after Xander Cook Kiriakis (Paul Telfer) fills in Maggie Horton Kiriakis (Suzanne Rogers) on the baby bombshell, she will slap him. Meanwhile, Sarah Horton (Linsey Godfrey) is still hiding out in Paris and runs into Rex Brady (Kyle Lowder). She confides in him about her mother’s role in killing her baby girl.

DOOL spoilers reveal that Xander goes to visit Maggie while she is in prison serving time for her role in Adrienne Kiriakis’ (Judi Evans) death. The purpose of his visit is to tell her about the baby switch and that she unintentionally murdered her own granddaughter, Mackenzie “Mickey” Horton.

Days of Our Lives Spoilers: Steve Is Released From The Hospital And Moves In With Hope – Kayla Finds Herself A Little Jealous

According to the Facebook page Days of Our Lives Past, Present, and Future, Maggie will be shocked and angry. How dare Xander and Victor Kiriakis (John Aniston) keep such a terrible secret and the baby swap is unfathomable. Then, Maggie slaps Xander right across the face. However, the person she blames the most is herself because Sarah’s baby is dead.

Days of Our Lives spoilers reveal that while Xander is dealing with Maggie, Sarah is having a chat of her own. After running into Rex, she keeps the baby bombshell a secret from him. She doesn’t end up telling him the truth until right before they are about to part ways. She feels so alone and really needs a friendly face to talk to about everything.

Days of Our Lives Spoilers: Confiding in Rex Brady

It is stated that at the very last possible moment, Sarah finally confides in her former flame. She tells him about how Mickey really did and the baby she has right now belongs to Kristen DiMera (Stacy Haiduk). She also informs Rex that her mother was responsible for Mickey’s death the night she was born. However, will Sarah end up regretting the decision to open up to Rex?

It is suggested that he might turn her in and expose her location. However, Sarah might end up taking Rachel Isabella DiMera Black (the May twins) to yet another country after talking to Rex. Will they ever be found or can Sarah be convinced to come back to Salem? We will have to keep watching the NBC soap opera to see how this storyline develops over the next few weeks.