Days Of Our Lives Spoilers: Sarah Is Stunned When She Runs Into Rex In Paris – Will She Come Clean? 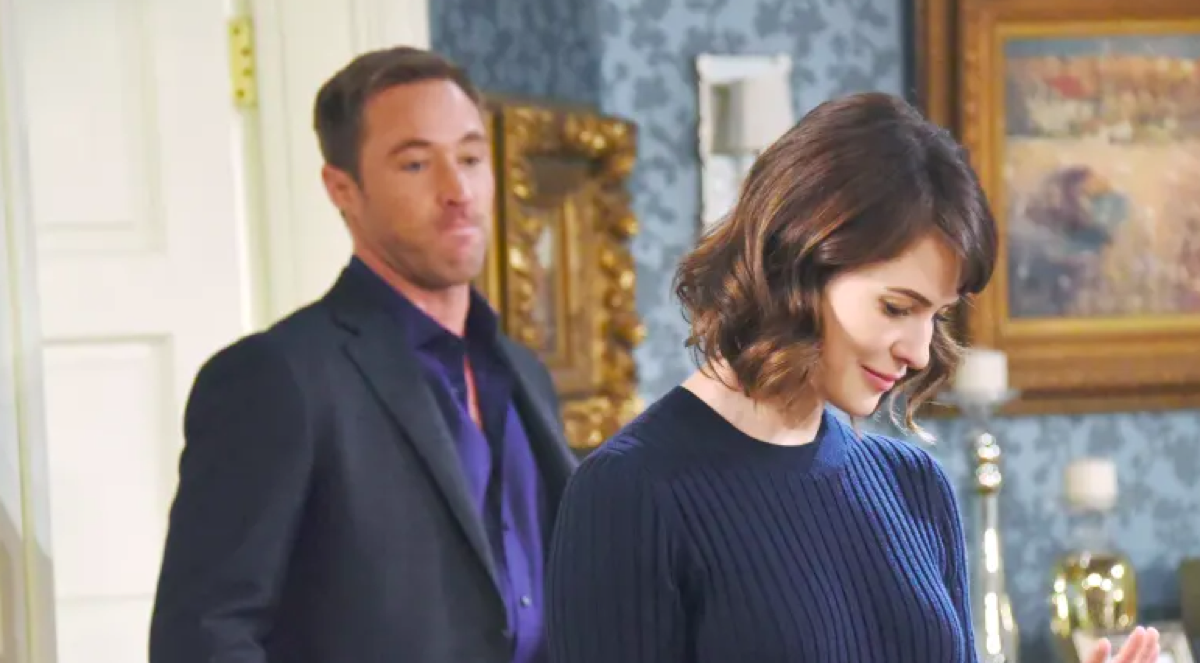 Days of Our Lives spoilers tease that Sarah Horton (Linsey Godfrey) will be stunned when she runs into Rex Brady (Kyle Lowder) in Paris, in an upcoming episode of Days of Our Lives!

Days of Our Lives Spoilers: Sarah Horton Has Run Off With Baby Rachel Isabella Black

Days of Our Lives viewers will recall that Sarah ran off with baby Rachel Isabella Black (Josephine and Rosalind May) when she couldn’t bear to give the baby up in a recent episode; she had been told the truth that Baby Mickey was really Baby Rachel, and that Baby Mickey had died and been swapped with Baby Rachel the night they were born.

Sarah knows deep down that she must return Baby Rachel to her parents, Brady Black (Eric Martsolf) and Kristen DiMera (Stacy Haiduk) but she cannot bear to part with the baby and is in denial that she’s not Mickey; she is slowly convincing herself that she is, and who can blame her?

She feared losing her to neuroblastoma for nearly a year, and now she finds out that not only is she not her baby, but that her fiancé Xander Kiriakis (Paul Telfer) swapped them! She abandoned Xander at the altar and took the baby and moved into Chad and Abigail DiMera’s (Billy Flynn, Kate Mansi) old apartment in Paris, France where they are now!

It’s bad enough that Sarah has a nosy downstairs neighbor, Jeanne Marie (Christine Kellogg-Darrin) who thinks she’s Abigail, but now she takes “Mickey” for an outing and stops at an outdoor café to have a bite to eat and leaves the baby in her carriage for a second and then realizes someone is close to the baby carriage staring at the baby! She momentarily panics and gets ready to clobber the pervert until she recognizes him – it’s her ex-husband Rex! What is he doing here?

Rex looks skeptical but he doesn’t press her about the baby for the time being. However, he is taken with the baby and thinks Mickey, who she calls Mackenzie to him, is adorable! He muses to Sarah out loud that if they had not divorced, they could have had a baby of their own close to the same age!

Days of Our Lives Spoilers: Rex Brady Is Asking Too Many Questions

Rex and Sarah were together long enough for Rex to be able to tell that Sarah may not be telling the truth, so he starts asking about the new training. After all, he is a doctor as well and he had not heard about any new training seminars, but then he is in Paris staying with his half-brother Austin Reed (Austin Peck) with whom he has been working on some kind of project.

Sarah can tell that he is out of step with what has happened in Salem since he left, and distracts him by telling him about Adrienne Kiriakis’ (Judi Evans) death, Steve Johnson’s (Stephen Nichols) return as Stefano DiMera (Stephen Nichols), Hope Brady (Kristian Alfonso) turning into Princess Gina (Kristian Alfonso) again, and how she and Dr. Kayla Brady (Mary Beth Evans) had removed the microchip from Steve’s brain.

Rex couldn’t believe his ears; he knew Dr. Wilhelm Rolf (William Utay) pretty well, but had no idea that he had developed the technology to have downloaded a human being’s “essence” onto a microchip! Then he gets a call and has to take it, and Sarah excuses herself and takes off with the baby in her carriage!