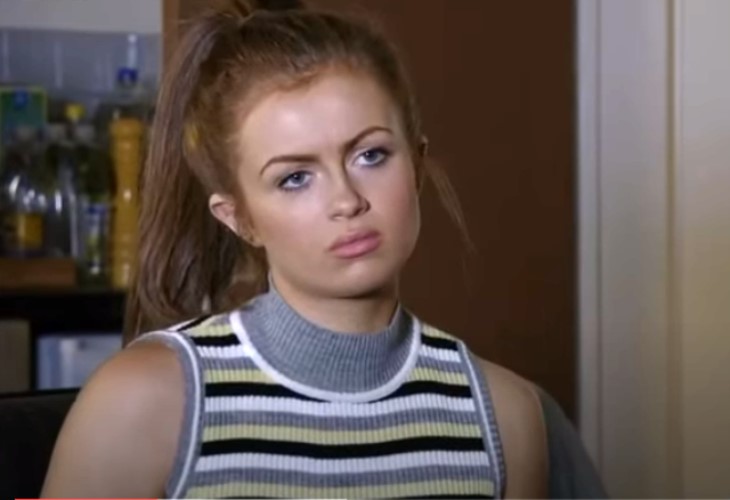 EastEnders Spoilers show that Maisie Smith, who plays Tiffany on EastEnders, has been having fun posting videos on TikTok. With one of her most recent videos being a recreation of her childhood photo with her dad. She also posted this video to her Instagram story as well, which showed for a sweet moment between the father and daughter.

Recently, the EastEnders star came to TikTok to post an adorable moment between her and her father. 18-year-old, Maisie Smith filmed a clip-on TikTok and not long after posting to Instagram a brief video where she climbed on to the shoulders of her dad, Stephen. In the video, she was seen wearing a pink shirt along with a pair of denim shorts. After the video of the current version of her, it showed her as a child with her father in a picture where they were wearing similar clothes as the video before however in the picture, she looked to be a toddler. As fans may know, Maisie loves including her family into her social media content and can be seen dancing with her mum, Julia.

Viewers of EastEnders know that Maisie plays Tiffany on the British Soap. Her character is currently in the middle of a storyline with on-screen partner Keegan Butcher-Baker (Zack Morris), which is based around racial profiling and injustice. This has lead to tension between the two of them although it seems that they may be able to work through things at least for now. Maisie recently told The Sun that she is planning on being the next Peggy Mitchell and wants to be on the show as long as an actress who played Dot Cotton was.