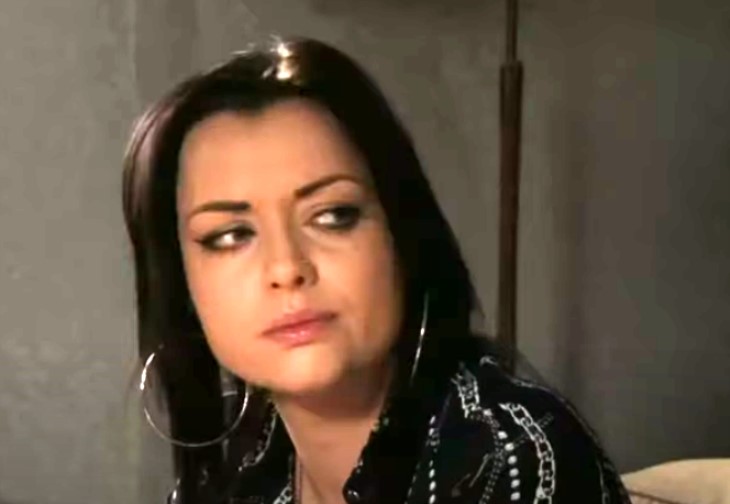 EastEnders spoilers hint that Whitney Dean (Shona McGarty) may be rescued in upcoming episodes of EastEnders. Whitney has been kidnapped by Michaela Turnbull (Fiona Allen) leaving her home one night, and her family thinks that she has gone missing. However, some quick thinking maybe the very reason why she may be able to be set free.

As viewers know, Whitney has been in a very bad place recently as she was arrested for the murder of Leo King (Tom Wells), who had been stalking her for a while. This has put Whitney in a bad way, but after being released, things have gotten a little better. That is until Leo’s mother came back into the village and decided to go after Whitney. She thinks that Whitney is to blame for the death of her son, Leo.

She continued to bother Whitney by following her and even posting negative things about her online. This pushed Whitney to decide to run away, but things turn around for her when she finds out that Gray was able to stop Leo’s mother from posting negative things online about Whitney. However, after disposing of the letter that was supposed to go to her family and friends. After leaving her family home, she was abducted by Michaela, who threatened her with a knife.

Whitney may find a way out soon. This will happen when she finds a phone in the room and is able to make a phone call to one of her family members. This will alert them of her being kidnapped, and they will go searching for her. However, Leo’s mother may stop her before she can get too much information out. Will this action put her in more trouble, or will she be able to be rescued by her family?

Viewers may see Whitney being rescued just as quickly as she was kidnapped as she remembers that she has a burner phone in her pocket that she received from Max Branning (Jake Wood) when she was planning on going on the run. What do you think? Will Whitney be saved in upcoming episodes? Watch EastEnders from Monday and Friday at 8 pm and Tuesday and Thursday at 7.30 pm on BBC One to find out what happens next.